Traditional gatherings are unable to take place this year so Robert Burns' birthday is being celebrated online instead. 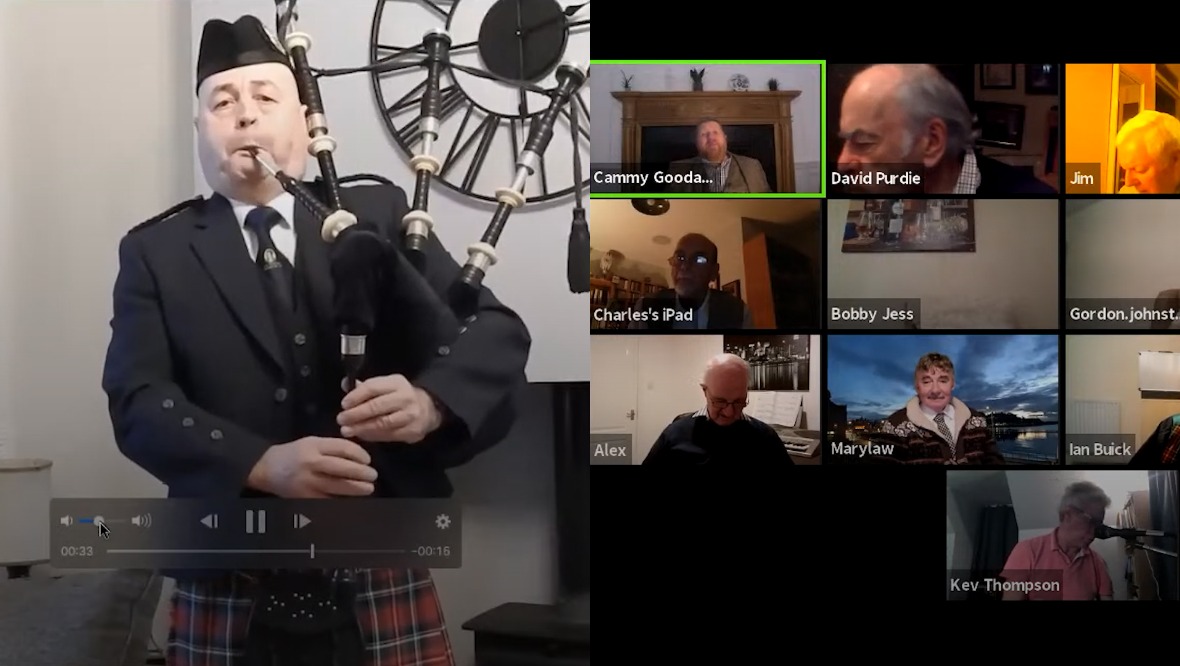 The immortal words of Scotland’s National Bard – reverberating around the world this year like never before as thousands log-on to celebrate virtual Burns Night suppers.

Traditional gatherings – filled with poetry, song and whisky – are unable to take place in 2021 due to the coronavirus pandemic.

But that hasn’t stopped Scots raising a glass and celebrating the life of Robert Burns on his birthday.

And the University of Glasgow has set out to chronicle the many Burns Suppers taking place online in Scotland and across the globe in 2021.

A research project led by academics from the university includes an interactive world map – featuring 2500 Burns suppers across five continents and giving an inventory of their menus, settings, entertainment and orders of ceremony.

It is the broadest, most detailed record of Burns Night activities ever made by the university’s Centre for Robert Burns Studies.

Researchers are calling on Scots to join in their #VirtualBurnsNight – by posting photos and videos of their event on social media – to help expand the map and their research project even further.

Dr Paul Malgati, a research assistant on The Burns Supper in History and Today project at the University of Glasgow, said: “This January is an unprecedented moment in the 220-year long history of Burns Night.

“We’re expecting to see thousands of people tuning into hundreds of Burns celebrations held virtually all over the world.

“At the University of Glasgow, we’ve just released a giant world map of Burns suppers and we’ll be following this year’s situation very closely.

“We have already sent out invitations to join us for our #VirtualBurnsNight 2021 to 2000 addresses, across more than 140 countries.

“Considering the effects of the global pandemic, we realised that by bringing together all our contacts, we had a unique opportunity to hold a substantial, virtual event, making up for the cancellation of many Burns suppers across the world.”

The University of Glasgow says it is estimated that more than nine-and-a-half million people around the world take part in a Burns Supper every year.

This year’s project will be part of the celebrations to mark the 220th anniversary of the first Burns Supper – held in Burns Cottage, Alloway on July 21, 1801, commemorating the date of the bard’s passing rather than his birth.

One group that has already celebrated Burns Night virtually is the Ayrshire-based Bachelors of Tarbowton, who live-streamed their celebrations on Zoom.

Organiser Cameron Goodall said people tuned in from countries across the world, including the United States and New Zealand.

He said: “Because our Burns Club is made up of very serious Burns people, we traditionally have our suppers very late – typically around March.

“We usually have to go that late to ensure everyone will be available. Most are the backbone of several Burns Suppers around Scotland.

“We already had to forego our 2020 Burns Supper and we had rescheduled at that stage for the end of 2020. As it became clear even that was going to be impossible I started seriously looking at Zoom to enable us to get together as a group.

“We managed a dress rehearsal, of sorts, to coincide with St Andrew’s Day and I wanted to let the world at large get a peek under the curtain, as it were.”

Cameron said he decided to live-stream their Zoom Burns Night on YouTube, adding that such a move was not without its teething problems.

“A few of our members are still somewhat challenged by technology but we still managed to have a grand night,” he said.

“Our suppers at The Bachelors Club would usually last about five hours and our online one was only a half-hour short of that, but it’s since been edited down to a slightly more manageable three hours!”

Some of the biggest Burns Night suppers are taking place right here in Scotland. Here are the details of some of the major online events planned this year: