‘Buckle up because it’s going to be a windy weekend’ 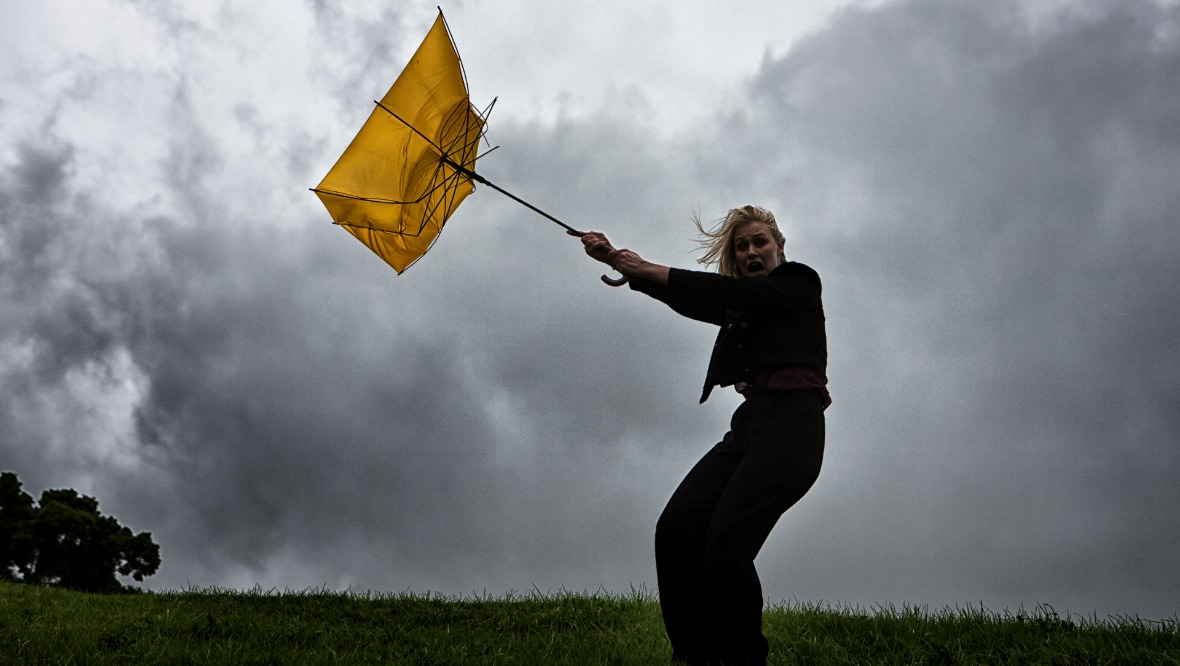 Last week I was moaning on TV that the weather was a bit too quiet for me.

Well, that’s about to change this weekend with two vigorous low pressure systems coming our way.

We’ve had some windy spells this week, but Friday night and Saturday morning will see our strongest winds of the week so far.

It’s during the early hours of Saturday that the winds will really pick up, with gales across most of the country.

By around 9am on Saturday winds will be gusting between 60 and 70mph across the north Highlands, Orkney, Skye, the Western Isles, Coll and Tiree.

As the morning progresses the stronger gusts will extend south and east into our more built up areas.

Gusts up to 55mph are likely in Glasgow and surrounding areas, while Inverclyde, Arran and Kintyre may experience gusts around 60mph.

Winds look as though they will be even stronger in the east of the country for a time due to the air being bounced over the mountains, which can bring very strong gusts down to low levels.

Winds will widely gust up to 60mph in eastern areas, but in places like Banff, Portsoy, Turriff and Huntly in Aberdeenshire we may get in excess of 70mph.

Some even stronger gusts could descend into Fife, Edinburgh, Midlothian and East Lothian where gusts may reach 70-80mph.

Although I hope the strongest winds occur just off the coast of Fife and East Lothian. If these do fall on the land, winds of this strength could cause damage to roofs, fences and sheds, and also bring down trees.

The other thing worth noting is the extremely high temperatures on Friday night with most of Scotland staying in a bonkers category for a January night, around 10C for most areas. It could well stay as high as 12C in Moray and Buchan.

But the thermostat is well and truly getting turned down on Saturday with much colder air coming in, and the wind will make it feel significantly colder by the afternoon.

As if that wasn’t enough, another storm system will head our way on Sunday night and into Monday.

Given the current expected track, it looks like central and southern Scotland will take the main hit.

Winds from this system will probably reach 70mph in the worst affected areas.

This track and strength will be fine-tuned through the weekend, so keep an eye out for more information.

This system will also bring snow to some areas, so a few of you could be waking up to a snowy start on Monday.

I think that’s everything for now, although more strong winds and snow is on the way next week, but let’s leave that for now.