Brexit: What will actually change for you after January 31?

We take a look at the facts and common misconceptions around the UK's departure from the EU tonight. 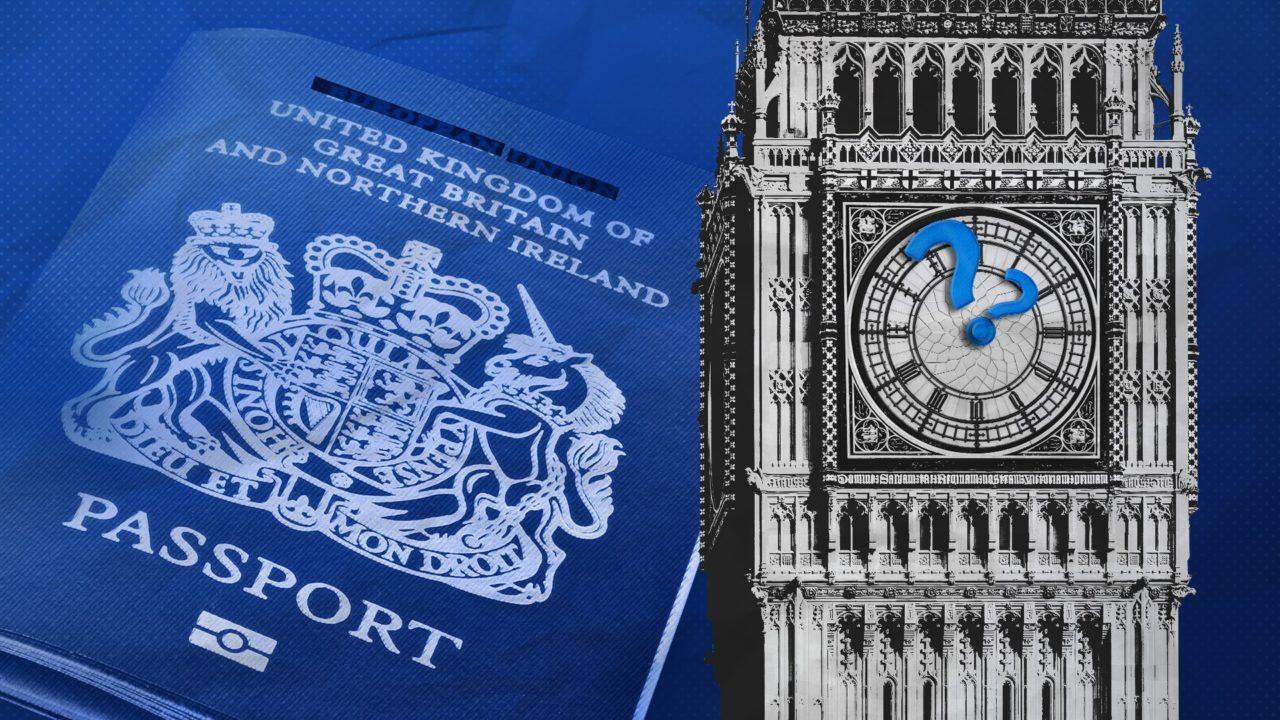 The short answer is: not a lot.

At 11pm, the most seismic political event to happen in the UK in decades will take place as the country formally leaves the European Union.

It’s 47 years since Britain first joined the European Communities (which would become the EU) in 1973, and 45 years on from the 1975 referendum in which UK voters endorsed that membership.

In the intervening years, the union has ballooned from nine members when the UK joined to 28 today – very soon to be 27 – making the EU the largest political and economic union in the world, with a GDP of around 22% of the world’s economy.

On February 1, we’ll wake up to a new world outside of the European bloc, thanks to the vote to leave in that other referendum you may remember from 2016.

It might seem strange to many, then, that so little will immediately change in our everyday lives.

That’s because the UK Government and Brussels will immediately enter into a “standstill” transition arrangement until the end of 2020.

At that point it is hoped there will be a UK-EU trade deal to ease the transition into whatever comes after the transition, rather than the no-deal “cliff-edge” some fear.

So what changes with travel?

Any holidays you’ve booked to EU countries this year are completely unaffected by Brexit.

So too are any holidays to Europe you’re planning for this year, even if you don’t book them until after January 31.

All Scottish holidaymakers will have the exact same travel rights as EU citizens until the end of the year.

But research by Discover Ferries – an industry body representing ferry operators – has discovered an avalanche of popular misconceptions about post-Brexit travel.

Wrong. You will not need a visa to go to the EU this year. Any changes to visa arrangements will not come into effect until 2021.

No. If you have a valid EHIC, it will work as normal for the whole of the year. You can also apply for and renew them during the transition period for travel in 2020.

That’s not the case either. We remain part of the EU pet travel scheme as we are currently until the end of 2020. For those looking ahead to travelling to the EU in 2021, the UK Government suggest pet owners speak to their vets for advice at least four months before they go away.

Incorrect. Right now, you can make calls, send texts and use data at the same cost as you would in the UK – albeit with a data roaming limit – and that situation will stay the same for the duration of this year. Beyond that, the government says there is no certainty of so-called “surcharge-free” roaming continuing into 2021 and beyond.

What about changes for business?

The three years since the Brexit vote have already been a tumultuous period for many Scottish firms, with complaints throughout about uncertainty and a lack of clarity over what would happen next.

Things are arguably clearer now: Boris Johnson struck a deal with Brussels, won a majority in the general election and, in doing so, quashed the drive by Remain supporters to have a second referendum. We are leaving.

And – for 11 months, at least – there is no risk of a crash-out Brexit, although that might be little comfort for firms looking to the long-term with concern about whether the PM can wrap up a trade deal by the end of the year.

MPs enshrined in law that there can be no extension to the transition period beyond December 31, 2020, meaning Johnson and the EU need to strike a trade arrangement in less than a year.

The quickest ever trade deal the EU struck was with South Korea, and that took two and a half years, and another 18 months for approval and ratification.

It’s made doubly hard by the fact the UK Government has made clear it wants to significantly diverge from EU trade rules and regulations, while maintaining independence in areas highly coveted by Brussels such as fisheries.

However, in the meantime at least, nothing much changes. Trade with the EU will continue as normal until 2021.

Then once the (successful or otherwise) trade talks are done, Scottish businesses should know what tariffs they might have to pay if they want to sell their goods to Europe or import goods, and what other changes will come into effect starting next year and beyond.

But there is one definitive change: from Friday the UK will lose its representation on bodies like EU regulators, which could have a knock-on effect on our industries.

For examples of the institutions we will no longer influence, there is the European Chemicals Agency, which has the power to authorise or restrict chemical products, and the European Banking Authority, which does the same job in Europe’s financial services sector.

How about EU nationals – and Scottish expats?

At the last estimate, around 237,000 EU nationals were living in Scotland.

No one is quite sure how many Scots live in other EU countries, but with an estimated million UK citizens living in Europe, tens of thousands seems like a conservative guess.

In both cases, they will be able to stay exactly where they are and maintain the same rights – such as healthcare and pensions – until 2021.

For EU nationals resident here, the UK Government has launched a controversial EU settlement scheme where they can apply for “settled status” to remain in the country.

Under the scheme, European citizens in the UK can either be granted settled status, pre-settled status for those with less than five years’ continuous residence in the UK, or have their application rejected.

Unfortunately, research suggests more than one in ten EU citizens in the UK have already been wrongly asked to provide proof of settled status by prospective employers, landlords, councils, banks and other bodies.

EU citizens do not need to provide proof of status to retain their rights during the transition period, and the deadline for applying to the settlement scheme is June 2021.

So, does anything actually change?

Yes. Legally, we will be out of the European Union from February 1.

It doesn’t mean the UK (or potentially an independent Scotland) could not apply to rejoin, but if it did it would do so with zero guarantee of the opt-outs it enjoyed as a member from various EU policies including membership of the Euro, border control, security and justice.

One obvious, tangible result of leaving on Friday is British MEPs will no longer be represented in the European Parliament.

That’s why the parliament joined hands and sang ‘Auld Lang Syne’ on Wednesday to serenade their UK counterparts out the door.

Similarly, UK ministers will no longer attend meetings of the European Council, and we will no longer have influence or voting rights in any EU bodies or agencies unless specially invited.

Beyond that, there is one tiny little change you might notice.

If you apply for a new passport or renew your existing one, it will still be burgundy-coloured (for the time being) – but it will no longer have the words “European Union” on the front.

Ah. That is the question, and the simple answer is we don’t really know what will change yet.

In many ways, January 1, 2021, is the real Brexit day – that’s when whatever has been agreed (or not agreed) between Boris Johnson and his European counterparts comes into effect.

In any case, there will be a hard border between the UK and the EU for the first time in generations, and it will change the way we do business, and depending on what kind of trade barriers are put in place, could impact everything from how we go on holiday to supermarket food prices.

In Scotland, Nicola Sturgeon has repeatedly called for a second Scottish independence referendum, with a view to returning Scotland to EU membership.

But Boris Johnson has rejected facilitating such a vote. It remains to be seen if anything will sway him – including another pro-independence majority in next year’s Scottish Parliament election.