Beauty bank: Salon hands out toiletries to those in need

Salon owner has set up a donation point and distributes products to those in need. 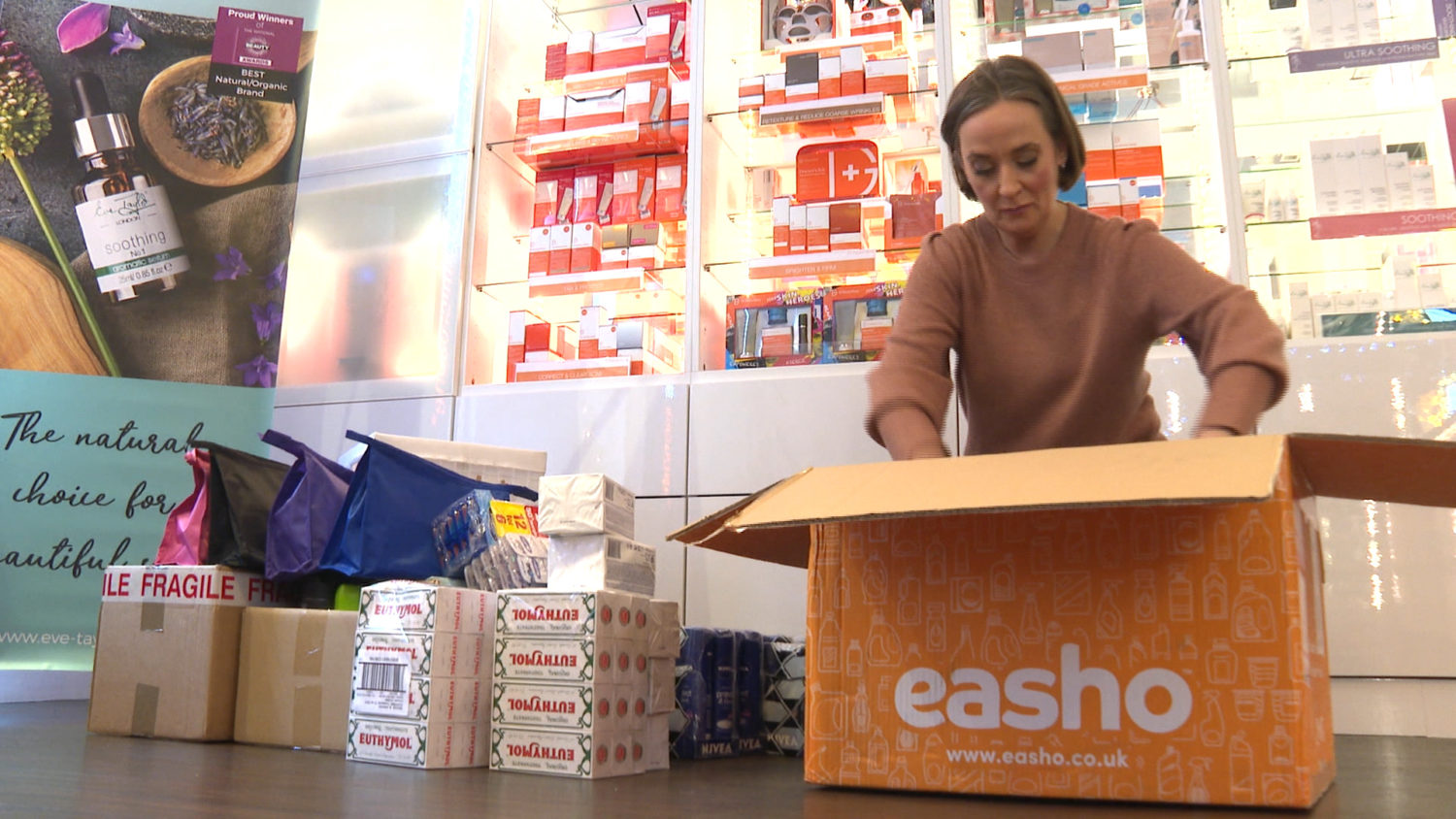 With increasing numbers of people in Scotland struggling to afford food, a salon owner in Dundee is encouraging others to get involved in a project which sees essential toiletries distributed to those who can’t afford them.

Jen Comiskey started a drop-off point for Beauty Banks at her salon The Sunflower Room in 2018 to help those “making the terrible choice of feeding their families or keeping clean”.

She collects beauty products from clients, such as deodorant, shampoo and toothpaste, and then distributes them to those in need across the city.

Beauty Banks was founded by Jo Jones and Sali Hughes in 2018 and is a non-profit project like food banks but focuses on essential personal care instead.

While it’s been growing in England, Jen is one of the first people to start up her own donation drop off point in Scotland.

“When I first saw the Beauty Banks being launched I put a call to action out on our own social media and it just exploded. The generosity of our salon community and the wider public was incredible,” she says.

“All of a sudden people were turning up at the salon they were clearing out their cupboards with unused products they were doing a little bit of an extra shop when they went shopping and put an extra bar of soap in and brought it in.”

Once a week the products Jen has gathered from her clients are collected by the Dundee food bank.

Ken Linton, manager of Dundee Foodbank, said: “We don’t have a lot of normally products like that being given out because people who are thinking of donating to Dundee food bank consider that it is the food side of things and they’re not looking at toothbrushes, toothpaste and soap and even toilet rolls and it is great to be able to hand that out as well.”

She’s also teamed up with, Baldragon Academy, after the school got in touch to say some students were in need of help with hygiene and keeping clean.

Jen says: “I think there’s a certain amount of shame attached to not being able to afford soap, deodorant, shampoo, so it’s been very, very important for us to create that connection with the school to be able to help young people.

“Especially those students who are maybe thinking about going out to look for their first job and some of the donations that we take in are unused make-up, hair products and kids just want to be like their peers”

Jen now wants other salons to get involved too.