The curtain has been raised on the stage version of the festive classic at the Edinburgh Playhouse after being postponed in 2020. 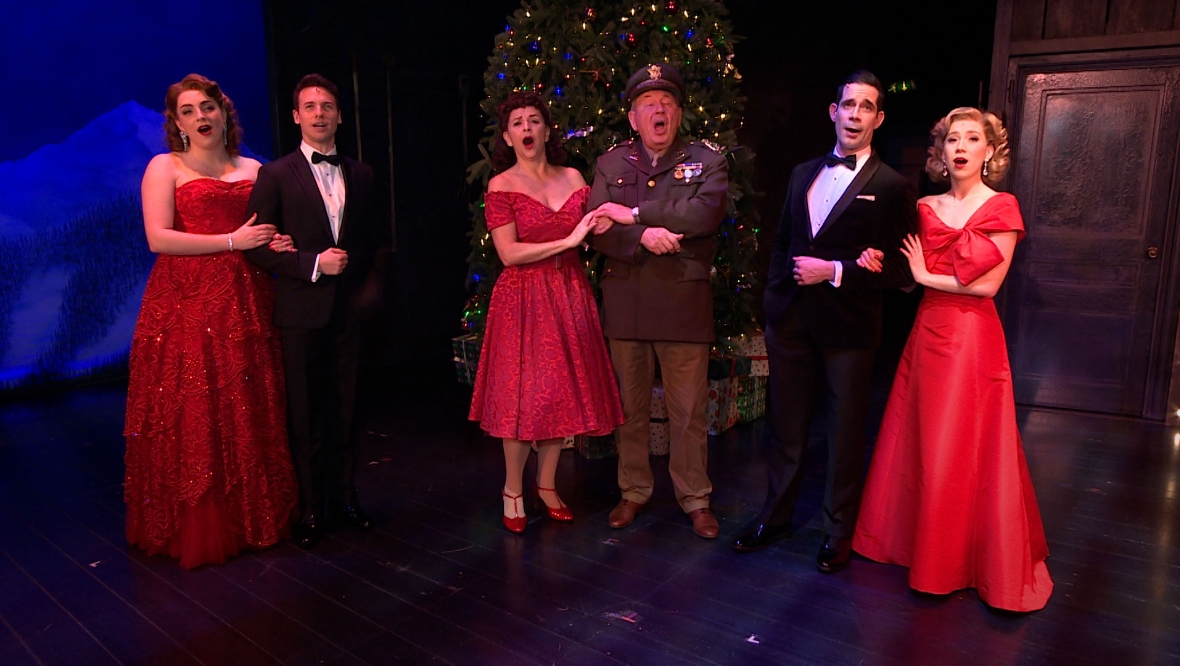 By Laura Boyd and Calum Loudon

The curtain has been raised on the stage version of festive musical ‘White Christmas’ at the Edinburgh Playhouse – despite a last-minute cancellation surge due to Covid fears.

Irving Berlin’s stage version of the Christmas classic has finally opened for the 2021 festive season, after initially being postponed in 2020.

The show has opened its doors with last-minute production changes to minimise Covid concerns – with kissing getting removed from the script and cast members instructed to avoid touching each other.

The play, based on the 1954 movie, revolves around four singers who stage a show on Christmas Eve in an effort to save a Vermont inn from financial ruin.

Cast member Duncan Smith, who plays General Henry Waverly, said: “We’ve all been in lockdown for 18 months, so to be phoned up and asked to do this is an absolute joy.

“Is it quite emotional being up on that stage knowing everything that’s going on in terms of Christmas plans and you know, things changing?

“We don’t all feel exactly safe, particularly in these dark, dark times when everybody’s nervous and scared.

“It’s a feeling of coming together and just enjoying the company that we have.

“It is a safe atmosphere where you can come and enjoy theatre.

“So, I would urge you just to come and have some fun and forget about all that’s happening out in the streets just for a couple of hours.”

White Christmas runs at the Edinburgh Playhouse until 30 December.