The pair now have more years behind them than in front of them - but they’re showing no signs of slowing down. 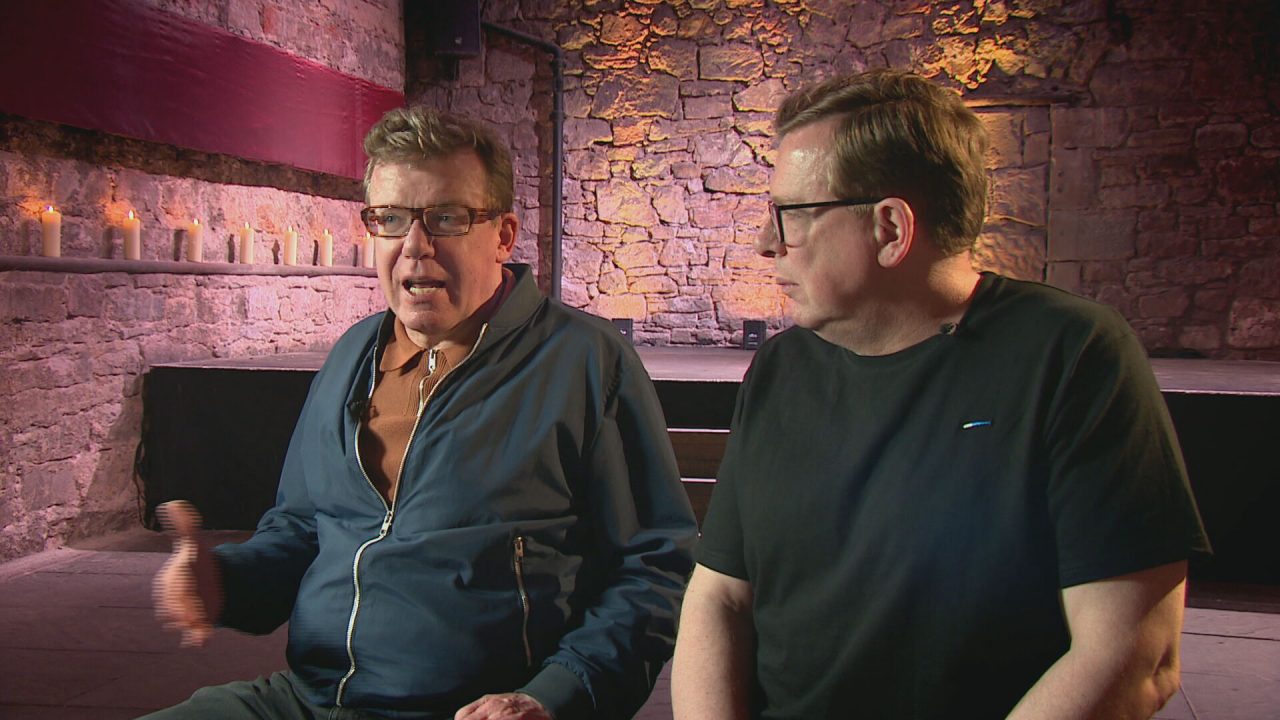 Fast approaching 40 years in the music business, but busier than ever, The Proclaimers are back.

Is the title of their new album, ‘Dentures Out’, a little tongue-in-cheek?

Charlie said: “I don’t have a denture yet, I don’t think Craig does, dental records will be provided later, but it’s more about the decline of Britain. Not just Britain, the theme is looking back.

“It’s about the past but it’s specifically anti-nostalgic. If you’re continuing to purely live in the present and not look to the future then you’re wasting your time.”

“It’s the only album where the theme in general is the past. It was written when we were 58, 59, we are 60 now so you are going to take stock coming up to a big birthday. People love to look back – sometimes accurately but sometimes through rose-coloured glasses.”

As Craig puts it, the pair now have more years behind them than in front of them, but they’re showing no signs of slowing down.

“I think as we get older, we care less about what other people think. You’ve got to make the best use of time as you can.”

‘Dentures Out’ was written during lockdown on the run-up to the twins’ 60th birthday, and it became a time of reflection.

Craig added: “Turning 60 was a real turning point for us. I think even for people like us who don’t make a fuss for birthdays.

“It’s time to take stock a little bit and we did take stock and we realised we want to continue. We’ve got a few years in us yet I think. “

It was 35 years, in 1987, when Craig and Charlie Reid made their mark with their hit single ‘Letter from America’ with other hits following thereafter, including the Scottish anthem ‘I’m Gonna Be (500 miles)’.

Charlie said: “When 500 miles was recorded we thought ‘that’s the first single.’ We never really set out to have hits.

“Obviously radio play gives exposure, you then sell records and can go on tour. That’s all we ever thought about.

“The song was big at the time but became much bigger later on. It’s continued and taken on a life of its own. It keeps us on the road and keeps people coming to the gigs.”

The Proclaimers may now in their seventh decade with 12 albums behind them but their audiences stretch far and wide.

“A lot of our fans have grown up with us but it’s good to see young people in the audience as well.

“People now bring their children and grandchildren, even great grandchildren. The audience has grown over the years and that’s magic.”

Charlie says, “We are both grandparents now. They come to our gigs too sometimes. And if they bring ear plugs then so be it. But hopefully they’ll sing along. They never pay for a ticket so they’re getting an alright deal!”