Don't call Ian McKellan 'Sir' - but this is why he's worthy

Legendary actor is playing Hamlet at the Fringe - and loving being in Edinburgh. 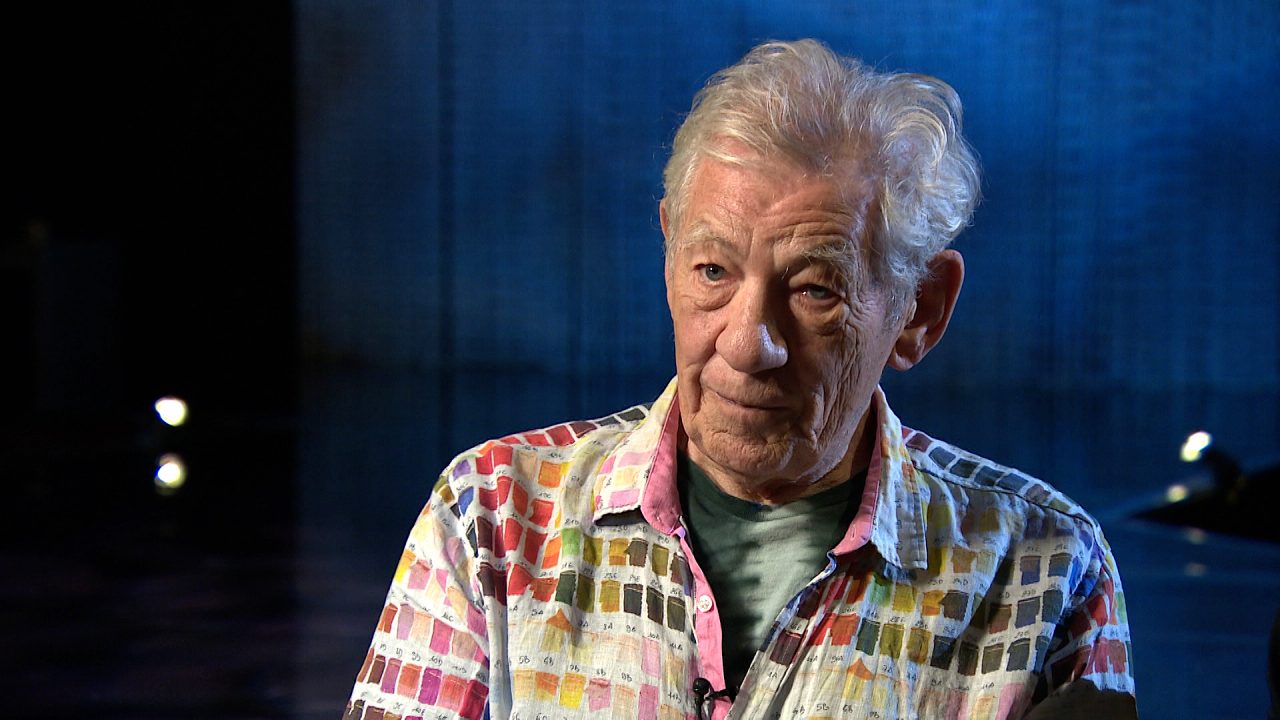 Sir Ian McKellen doesn’t expect you to call him ‘Sir’, I learned when I interviewed the revered actor. I rather like that, although he is more than worthy of the title.

I have never seen our production crew so excited about meeting someone as they were about Ian, and I was the same – he is a living legend. I know that’s a term thrown around rather loosely nowadays, but as one of our country’s finest actors, I think, in this instance, it’s fully justified.

Ian is currently performing a role he is no stranger to, playing Hamlet as part of the Edinburgh Fringe in the stunning Ashton Hall, St Stephens.

It’s a role he shares with dancer Johan Christensen, as this production, by director Peter Shaufuss, takes Shakespeare’s Hamlet and adds a twist of ballet to the proceedings.

Ian explained: “I came along, not quite sure what I was coming to, but happy to be here back at the festival, and it gives me a chance to see how a ballet is actually put on, let alone performed.

“I think we have come up with something – an original way of telling the old story.”

While Ian is on stage, Johan performs around him, with the 83-year-old fondly commenting: “He’s the perfect age and perfect look for Hamlet.”

In this production, Ian sports a beanie hat and explained: “In 1971, when I first played Hamlet, I wore a beanie. I was trying to suggest that Hamlet was modern as well as ancient and Peter thought that, for this one, a beanie would be appropriate.”

Not only appropriate, but for a good cause, as after the show you can buy Hamlet beanies and bid for Ian’s own hat.

“We auction it off,” Johan said. “We are starting a scholarship in Ian’s name for the school. In the building we are in, St Stephens, 32 weeks of the year we have students in and we give Scottish students a chance they might not be able to afford.”

Ian is enjoying every moment of his return to Edinburgh, having first performed at the festival in 1969 in Edward II. A local councillor attempted to shut the show down because it contained, heaven forbid, a gay kiss. Thankfully, he didn’t succeed, and instead the show was a sell-out. Quite the moment for an actor like Ian, who so passionately and brilliantly champions the LGBT community now, after coming out as gay in 1988.

One thing I didn’t realise was that Ian has Scottish roots. I’m not going to lie, this made me proud, although that quickly diminished as he ventured further into the tale…

A stint on BBC show Who Do You Think You Are? unearthed Scottish ancestors. One was “taking very small sums of money from schoolchildren to bet on horses and keeping the profits himself and he was drummed out of town. Left Scotland, came south and we’ve thrived ever since”.

Luckily, that hasn’t put Ian off coming back and he has very fond memories of his time here, such as “falling in love and going for a date up Arthur’s Seat”.

Of course, stellar theatre carer aside, Ian is known to many for his role as Gandalf in the Lord of the Rings films

“20 years after we made those six films, kids come up to me having seen them for the first time or many times. They watch them over and over again, so to be current in their young lives, for me, is a great joy.”

Catch-up with What’s On Scotland on the STV Player.