Band Antytila want to play at the Concert for Ukraine due to take place next week, via video link from Kyiv. 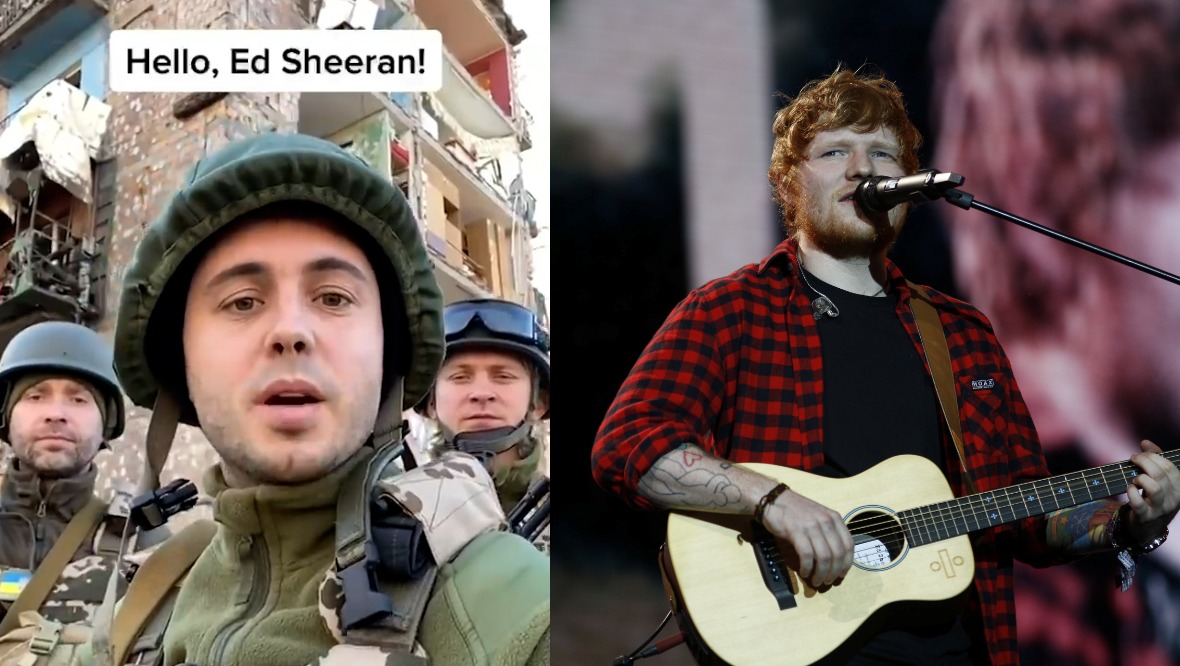 A top Ukrainian pop band who downed their instruments to fight on the front line have asked Ed Sheeran if they can play alongside him at the Concert for Ukraine.

Antytila want to play at STV’s Concert for Ukraine due to take place next week, via video link from Kyiv.

The two-hour gig will take place on March 29 and will air on STV and ITV in aid of the attacked nation.

Ed Sheeran is due to perform alongside Emeli Sande, Gregory Porter and Snow Patrol.

Lead singer Taras Topolya and his bandmates have been fighting for their nation in Kyiv for weeks.

In a message directly to Ed, Taras said: “We are musicians of the Ukrainian band Antytila – one of the most popular Ukrainian bands with a lot of fans in Ukraine and all over the world.

“In peacetime, our concerts gathered in stadiums.

“The war has changed our lives and now we are fighting with weapons against the Russian occupiers.

“We thank you, and all the British people for their support.

“Believe me, we are grateful, and we will always, always remember this.

“Today we learned about your charity concert for Ukraine, which will take place in Birmingham.

“And we offer to make a live broadcast between Kyiv and Birmingham with Antytila temporarily joining the gig remotely.

“Our band will play our music in Kyiv, a city that has not surrendered and will never surrender to the Russian occupiers.

“You will play in Birmingham.

“We are not afraid to play under the bombs.

“Through music, we want to show the world that Ukraine is strong and unconquered. We will fight and sing for victory in front of the whole world that supports us.

The Concert for Ukraine will take place Birmingham on Tuesday, March 29, and will be broadcast across STV, ITV, STV Player and ITV Hub.