Band will headline the first in a new series of climate-fighting concerts. 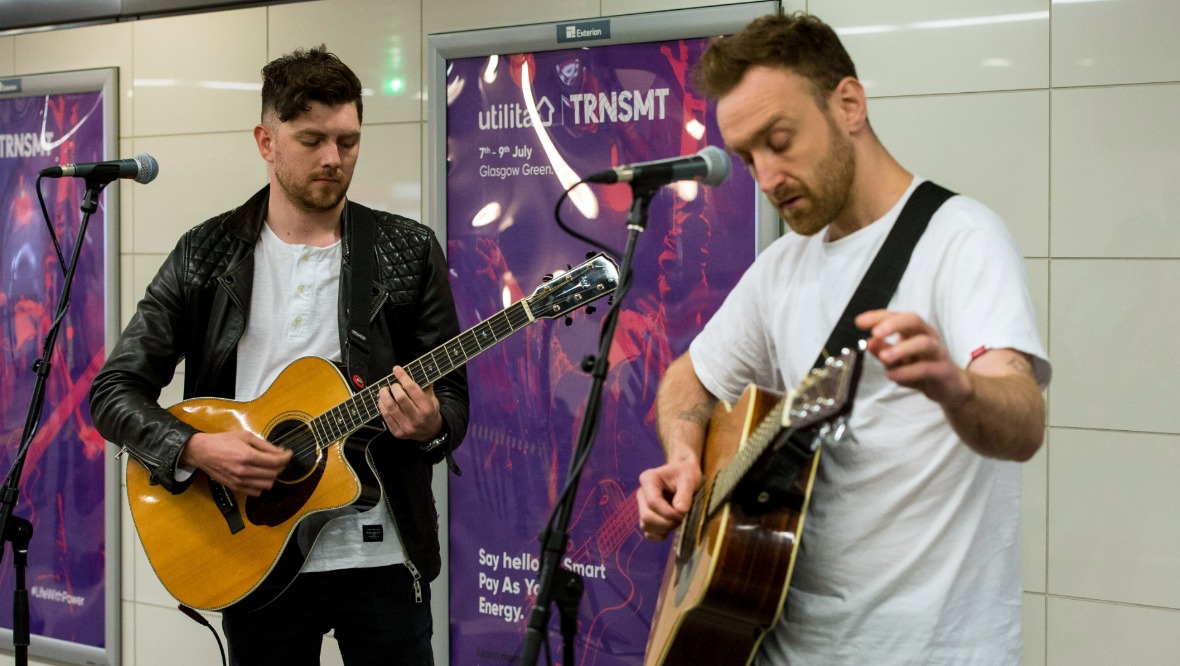 Scots rockers Twin Atlantic are vowing to tour “sustainably” to help the fight against climate change.

The band will play in Glasgow on Thursday night and said their upcoming UK tour would be environmentally friendly.

Bassist and keyboard player Ross McNae told STV News that they were giving thought to how they travel, what equipment they use and what they eat in bid to go greener.

Twin Atlantic are following in the footsteps of Coldplay, who pledged to cut CO2 emissions by 50% compared to their previous tour and use renewable energy to power their stage.

“It’s something that we feel pretty strongly about,” McNae said. “It’s the way we live our lives, why we try and tour as sustainably as we can.

“We use as little plastics as we can and we’ve both tailored our diets and a lot of people we tour with have tailored their diets to eat less meat and less seafood.”

Twin Atlantic will headline the first Concert for Climate at King Tut’s, as part of a global series of shows raising money for Project Zero, which aims to fight the climate crisis.

“There’s certain things that are not actually possible at the moment,” said McNae. “We’re still trying to grapple with things like transport, how we can make that more sustainable.

“If we have to fly, it’s really hard at the moment to find alternatives to that. Especially the size of the vehicles we need to travel about in if we have to take our whole team, so that’s something that we’re working on.

“We’re not in any way perfect, but we do the little things that we can do. Try and go paperless as much as we can when we’re away, and our diets are either vegetarian or vegan.

“We’re not preaching here, by the way, but it’s these things that actually do make a difference.”

The Glasgow show will kick off with the National Youth Pipe Band playing audience members into the venue.

“We are trying to make everything we do as sustainable as possible,” said King Tut’s manager Nicola Beedie.

“We have such a big platform at Tut’s, that we feel it’s almost our duty to help shout about it.”