The Alexander Brothers hosted their own show on STV and toured the world in a 50-year career. 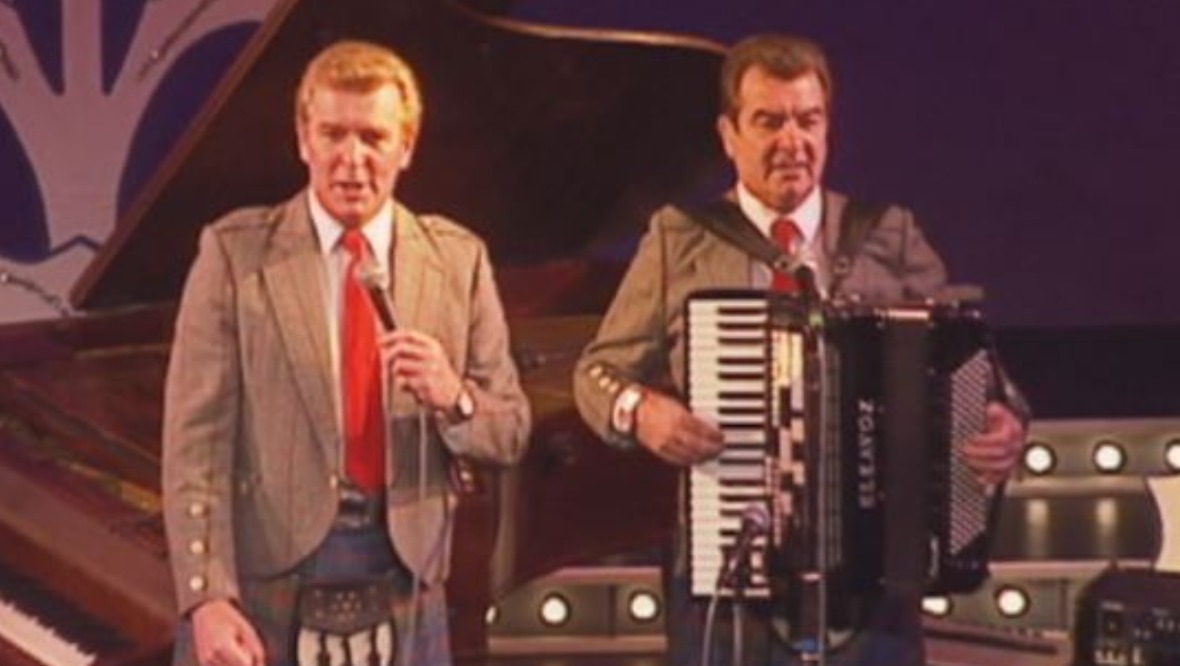 Legendary entertainer Tom Alexander – one half of the folk music duo Alexander Brothers – has died aged 85.

Accordion player Tom toured the world in a career spanning five decades, alongside his brother Jack Alexander, who died in 2013 aged 77.

They hosted The Alexander Brothers show on STV in the 1960s and 70s and were among the original stars of the channel’s show Thingummyjig.

They began their professional careers at the Webster Theatre in Arbroath.

Ayr Gaiety theatre confirmed Tom’s death. It said: “We received some very sad news today. One of our legendary performers of The Gaiety’s golden era of showbiz, Tom Alexander, has sadly passed away.

“Tom will be greatly missed and our sincere condolences go out to his family, friends and fans.”

The brothers, from Wishaw, North Lanarkshire, were both awarded MBEs for their services to entertainment.