The River City and City Lights star has died aged 61. 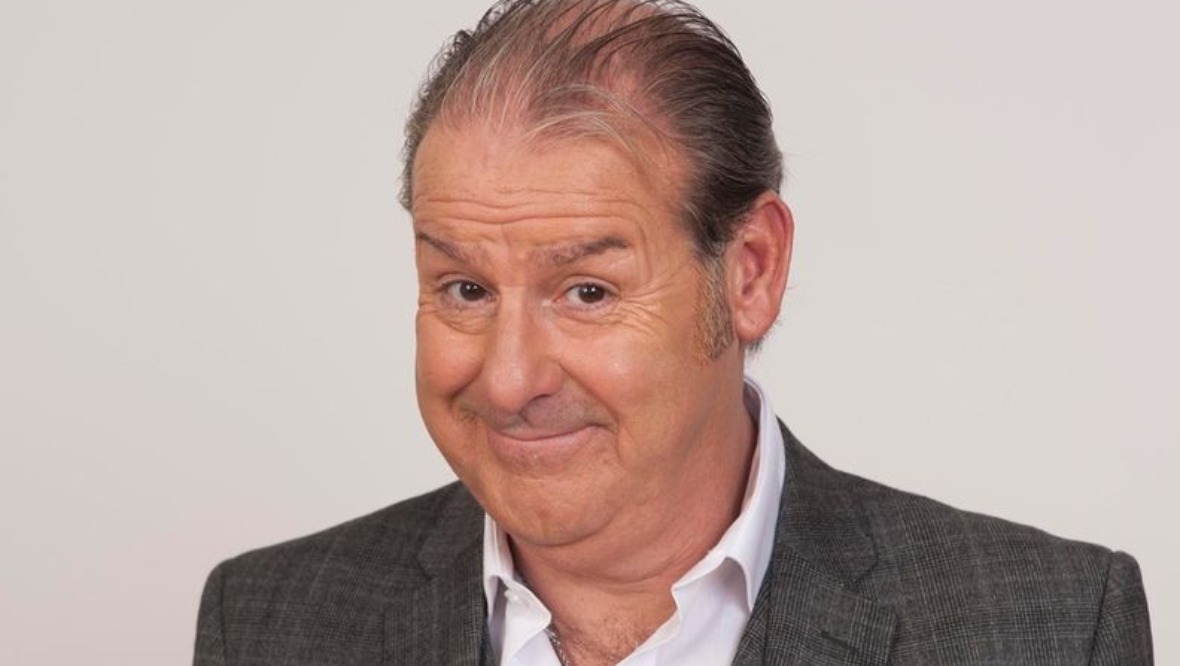 Well-known for being a star of Edinburgh’s King’s Theatre Christmas pantomime each year, the performer was a regular at the Fringe as part of a double act with Grant Stott.

Gray starred in the BBC Radio Scotland sketch show Naked Radio, which then transferred to television as Naked Television, before earning the role of Chancer in the 1987 sitcom City Lights.

From 2016 he played the character of Pete Galloway in BBC soap River City ,leaving the show in August 2018 due to MDS (Myelodysplastic syndromes) – a type of blood cancer in which blood cells do not fully develop healthily in the bone marrow.

Gray had been due to perform on stage in 2020’s panto offering, but Covid-19 restrictions meant the show was cancelled.

BBC Scotland director Steve Carson said: “We are deeply saddened by the news that one of Scotland’s much loved comedy actors and close friend to many at BBC Scotland has passed away.

“Among many roles for the BBC he will always be lovingly remembered as audience favourites, the iconic ‘Chancer’ in City Lights and the silver tongued entertainer Pete Galloway in River City.

“On screen and in person he could always make you laugh and was one of the kindest people to have around on any production. Our thoughts are with his family at this difficult time.”

A spokesperson said: “We will all remember Andy with love, a smile and affection for the many years of fun, friendship and brightness he brought to all our lives and the entertainment he gave to so many generations of Panto’goers during his time at the King’s.

“The thoughts of everyone at Capital Theatres are with Andy’s family at this very sad time. Rest in peace Andy.”

“A genuinely lovely man and as well as being a great actor was a natural wit.

“Condolences to all his close friends and family who will be hurting terribly at this loss.”

Playwright David Greig said: “So very sad to hear of the death of Andy Gray, one of Scotland’s greatest stage comedians, a gloriously gifted improviser and superb actor with a rare gift for connecting to an audience.

“Edinburgh loved him. Andy’s gift was timing. Alas, he’s been taken from us far too soon.

Long-time friend and co-star Allan Stewart said: “I can’t quite believe that he is gone. We worked together down in Milton Keynes rehearsing the pantomime just before Christmas and we had ten whole days of laughing and joking.

“But it wasn’t long after that when called and said he had Covid.

“The ironic thing about it is he had just gotten through this terrible cancer and beaten it so we obviously had the feeling that he would beat this as well because he’s got that kind of strength in him.

“We woke up this morning to the terrible news that he didn’t beat it. He’s been on a ventilator for over two weeks now and we have just been sending thoughts and hopes and everything we possibly could send to help him through but this terrible disease eventually beat him.

“It’s devastating, it really is.”