Irvine Welsh: 'Politicians are so grotesque, art has to be horrendous' 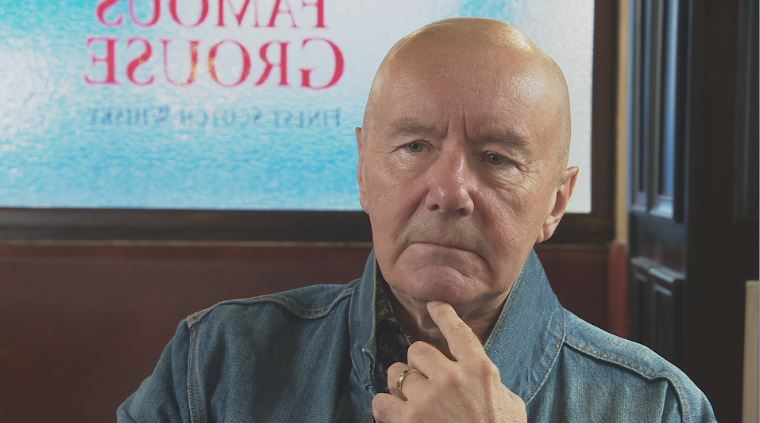 Irvine Welsh has described politicians as “grotesque” as he revealed his latest novel is already on its way to screens.

The Long Knives is the second in a trilogy about Edinburgh detective Ray Lennox, following 2008’s Crime.

The first book was turned into a six-part TV series starring Dougray Scott – inspiring Welsh to write a follow-up, and filming on its TV adaptation is due to begin next week.

He told STV current affairs show Scotland Tonight at the Edinburgh International Book Festival: “We shot the first season based in part on the original book.

“I really got into the actors and how they’re performing, so I thought ‘I’ll just sandwich another book in’ and that’s become the season.

“You have the book out and a few days later we start filming [it]. We’re in pre-production now, so it’s kind of record time.”

In the new novel, DI Lennox must solve the murder of an MP found dead in an Edinburgh warehouse.

The Filth and Glue writer said he aims to “shock” and “challenge” himself when he sits down to pen a novel.

“If I’m just sitting there typing away thinking ‘this is nice, this is nice’ and nothing’s happening, then nothing’s going to happen for the reader either,” he said.

Welsh said: “I was a bit wary about that at first because I thought it was kind of a layer of censorship, but actually it was very enlightening for me, very educational.”

The writer said pandemic lockdowns left him with “thriver’s guilt”, but also gave him the time to set up a record label, write a musical version of Trainspotting and even find love – he married former Taggart actor Emma Currie earlier this month.

“You’re cut away from the rest of the world so you can concentrate on love and art, which are the only things you really want to concentrate on anyway,” he said.