The Real MacKay: 1917 star proud to be considered a Scot

The actor spoke about his desire to move to Glasgow ahead of the premiere of his new film. 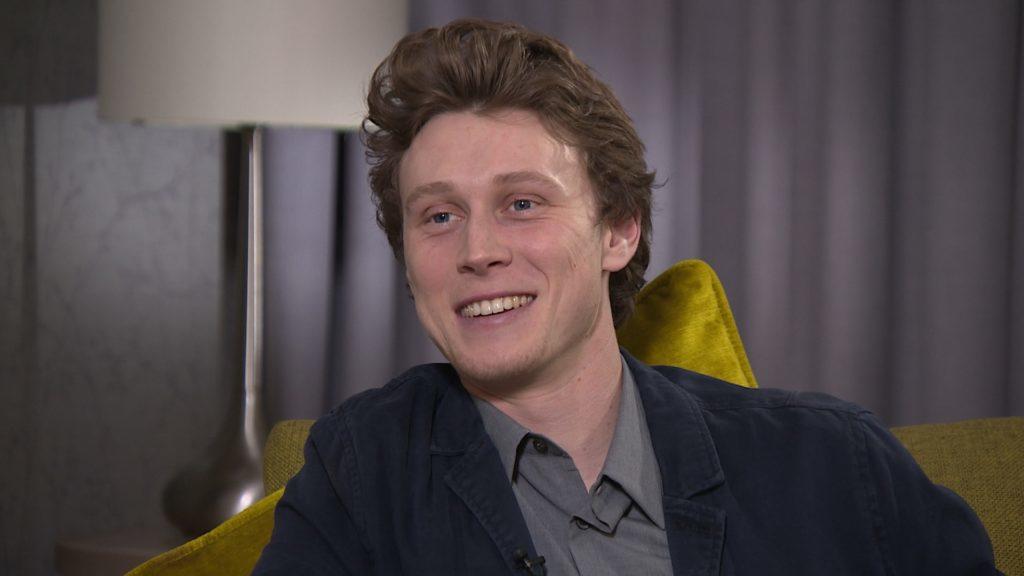 1917 star George MacKay says being considered Scottish is a “massive compliment” as he returned to Glasgow for the premiere of his new film.

The 27-year-old actor visited the Glasgow Film Festival on Thursday to attend a screening of The History of the Kelly Gang where he plays the lead role of Australian bushranger Ned Kelly.

The actor rose to prominence early this year after starring in Sam Mendes’ critically acclaimed war epic 1917 – although many Scots will remember him from his portrayal of the cheerful Davy in 2013’s Sunshine on Leith – the musical film based on tunes by The Proclaimers.

“I love Glasgow. If I didn’t live in London I’d definitely move to Glasgow,” he told STV as he arrived in the city.

‘Being considered Scottish is a massive compliment – the more Scottish I can be, the better!’

“We came here to film 1917, but I mainly come for personal trips. My best mate is from here and I just love it.

“Being considered Scottish is a massive compliment.

“The more Scottish I can be, the better!”

1917 has become one of the biggest-grossing films of the year, second only to Will Smith’s Bad Boys For Life.

Part of the film was shot in Glasgow, on the Govan Docks where scriptwriter Krysty Wilson-Cairns’ grandfather used to work.

“Sam and Krysty’s script was the spine of this film” he said.

“Krysty’s understanding of story structure and just her work as a craftswoman is just amazing. And she’s lovely!

“She had a family connection to the film, and I did too. But I feel like it’s one of those stories that everyone is just a few steps away from.”

MacKay said: “We did so much prep, and filmed in some really extreme conditions.

All those extreme situations, coupled with the scenes – it broke me open in a way that I haven’t had before filming something.

“To prepare for the film, I actually lived with the director Justin Kurzel and his wife Essie – who plays my mother in the film.

“He got us doing some crazy things: Had us working with horses, I lived on a farm in Tasmania for a wee while – he had us chopping wood, it really was this incredible all-encompassing experience.

“Even though it’s set in the 1870s, Justin saw us as quite punky. So we started a punk band and performed a gig in Melbourne!”

“All those extreme situations, coupled with the scenes – it broke me open in a way that I haven’t had before filming something.”

The True History of the Kelly Gang is in cinemas now.

Bus goes up in flames as firefighters tackle blaze

Why do only two Scottish Tory MSPs want the top job?

Report: Cut meat and dairy by 20% to combat climate change