Teenager rediscovers confidence to storm up the charts

Mayah Herlihy is making a big impression with her country single, On My Way. 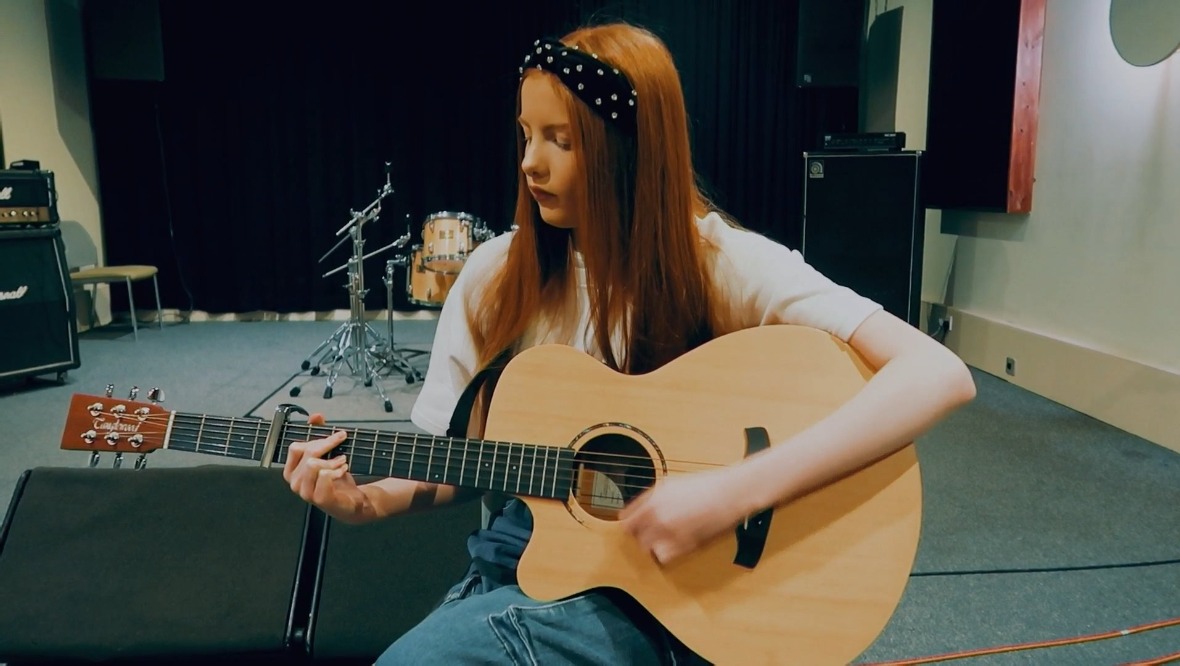 A teenage singing sensation has been racing up the music charts after almost giving up on her dream.

Mayah Herlihy, 14, lost confidence in herself as lockdown began last year and decided she was going to stop before changing her mind.

Now she’s reached the top of the iTunes Country Chart and hit the number one spot in Amazon’s ‘Hot New Country’ releases chart with her debut single, On My Way.

Despite an early performance at the world-famous King Tut’s in Glasgow, Mayah – who grew up in Peterhead and moved to Carfin in North Lanarkshire a couple of years ago – feared her musical career had stalled.

“The start of the first lockdown, I kind of thought ‘I’m never going to get anywhere’,” she told STV News.

“I didn’t believe in myself and I just thought ‘I’m going to give up music’.”

But being in the house so much while schools were closed prompted Mayah to reach once more for her guitar and rekindled her passion for writing songs.

Mayah’s mum Joanne explained: “Lockdown was extremely difficult for her. Her brother has a rare genetic condition, so Mayah took the decision that when other people could go out, she wanted to stay in to keep her brother safe.”

For Christmas, the family decided to get the teenager a recording session and, after Mayah performed On My Way, she was snapped up by Main Street Records.

She is now working on her second single and dreams of taking to the stage at the Hydro in Glasgow one day.

“Now I have actually released it, and upon hearing the response from people around the world, I have got the confidence to do more,” she said.