STV's concert for Ukraine raises over £12m for humanitarian appeal

Donations poured in from throughout the UK during the two-hour live show on Tuesday. 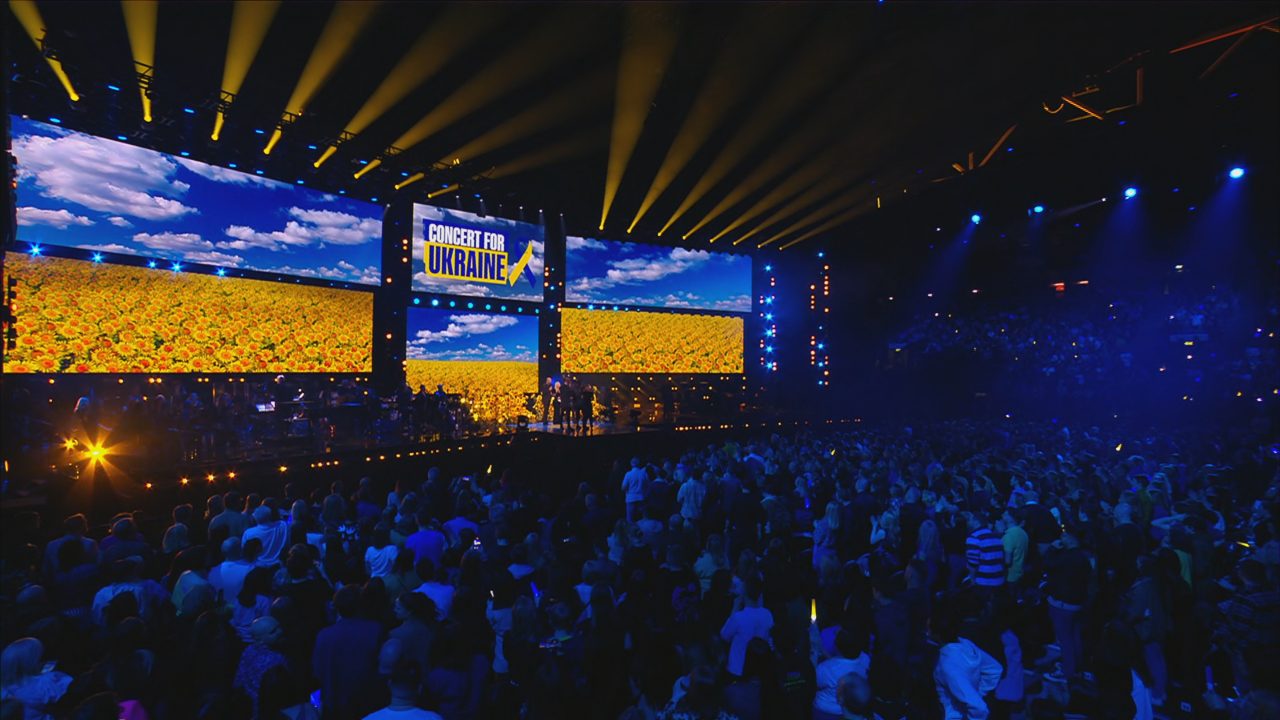 STV’s concert for Ukraine has now raised more than £12m for the DEC humanitarian appeal.

Donations poured in from throughout the UK during and after the two-hour live show on Tuesday night.

Musical acts including Ed Sheeran, Camila Cabello and the Manic Street Preachers performed their hits at the Resorts World venue in Birmingham.

Scottish singer Emeli Sande also made an appearance as did Ukrainian Eurovision winner Jamala who held her country’s flag aloft during her performance.

The £12.2m raised has been added to the Ukraine Humanitarian Appeal, launched by the Disasters Emergency Committee, which now stands at £254.6m.

Saleh Saeed, CEO of the DEC, thanked all those who have donated to the appeal.

He said: “We’ve seen 10 million people forced out of their homes inside Ukraine.

“Families in Ukraine need help right now with food, water, medical care and shelter. Those families who’ve also made it to neighbouring countries need our support.

“DEC charities are on the ground helping deliver essential aid.”

He added: “Thank you to everyone who has donated to the DEC appeal. Your donations are making a huge difference, not just today, but for the weeks and months ahead.

“Please continue to give. Thank you.”

The event, shown on STV and STV Player in Scotland, was hosted by Spice Girl Emma Bunton and JLS star Marvin Humes.

Broadcasting legend Sir Trevor McDonald paid tribute to those working in and around Ukraine producing news reports of events from the country.

“We’re here tonight because of the humanitarian crisis that is rapidly unfolding and has been unfolding in the Ukraine,” he said.

“And the reason we know so much about it is because of the daily reports that we can read in the press, we can see online, we can hear on the radio and that we can watch on our television screens.

“Never in my lifetime did I ever think I would see such scenes of destruction and despair.

“We see them right now because there are reporters, photographers, producers, translators, fixers, camera operators and security advisers, all risking their lives to bring us uncensored accounts of what they see and what they hear.

“This is never very easy, it requires bravery, it requires courage, fortitude, and sadly, some of our colleagues have already been injured, and some even more sadly have lost their lives.

“So on behalf of us all, I’d like to pay tribute to everyone working in and around Ukraine at the moment and to say thank you for continuing to bring us the news even in the most challenging of circumstances.”