The show, hosted by Lorraine Kelly and Still Game's Sanjeev Kohli, will look back on another packed year of fundraising. 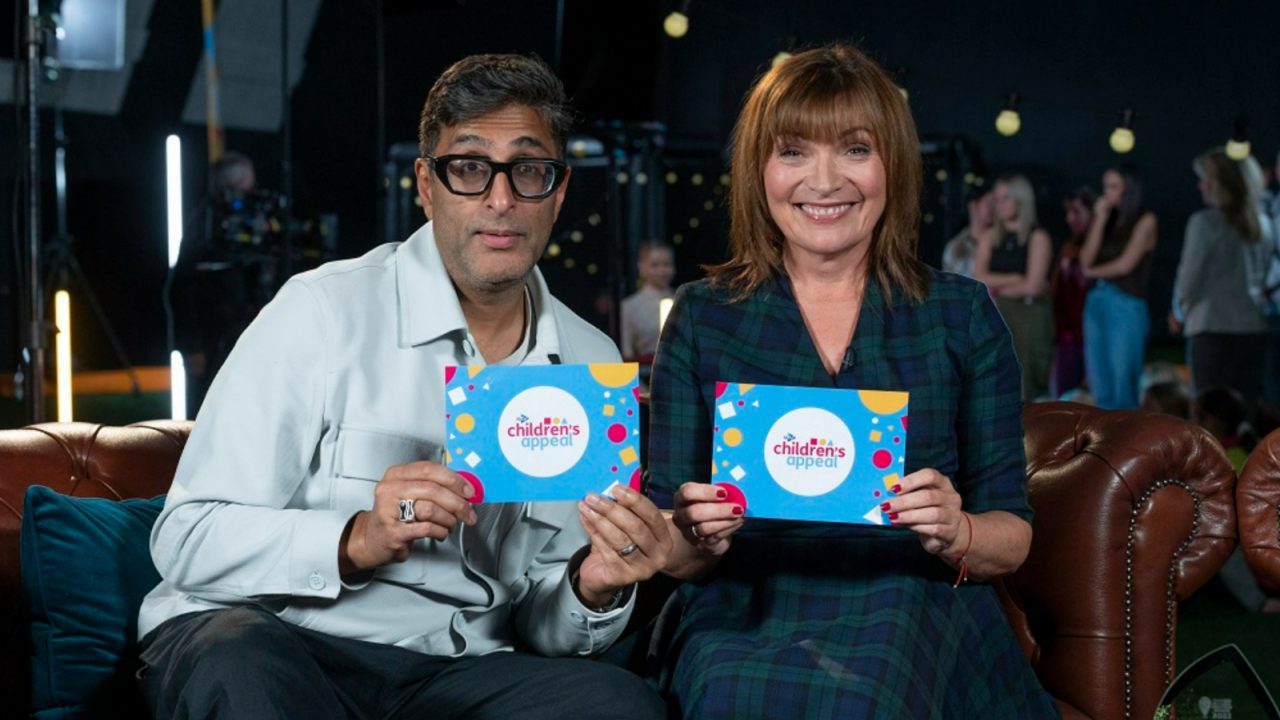 An action-packed line-up has been announced for the STV Children’s Appeal Show this Friday.

Hosted by stars Lorraine Kelly and Sanjeev Kohli, the programme will include an exclusive musical performance from Nina Nesbitt and actor Martin Compston will show off his football prowess.

The show will also see STV’s Sean Batty and Laura Boyd take on a tuktuk challenge, travelling from Oban to Dundee in the tiny vehicle.

The annual show will air on Friday, November 4, and will include the stories of fundraising efforts across the country over the past year.

Money raised will help support hundreds of thousands of children affected by poverty across Scotland.

Highlights from the show will include Martin Compston visiting the Street Soccer club in his hometown of Greenock, describing football as the “common language” to unite people.

Football-daft Martin, who joins in as goalie, has described the “incredible positive effect” the charity has on young people.

First Minister Nicola Sturgeon will also feature in the programme, describing Scotland as a country of “social solidarity”.

She has also pledged future support for the appeal from the Scottish Government and referenced the cost of living crisis by stating: “Every pound donated is more special, as it’s so much harder to come by.”

A new addition to the show this year is the Coast-to-Coast challenge, undertaken by STV presenters Sean Batty and Laura Boyd.

They will compete in a series of secret challenges set by businesses, schools and nurseries as they travel between the west and east coast of Scotland in an electric tuktuk nicknamed ‘Tina Tuker’.

Their challenge climaxes with a surprise that forces them both to face their greatest fear.

The show will end with an exclusive musical performance of When You Lose Someone by Edinburgh singer-songwriter Nina Nesbitt.

Prior to the main programme at 9pm, the documentary Scotland’s Stories: Let’s Talk About Trauma will air at 7pm.

The half-hour special highlights the story of presenter Aidan Martin, who struggled with childhood trauma, and follows his journey from addict to activist and author.

The documentary spotlights the work of charities Aberlour in Falkirk, Motherwell-based The Miracle Foundation, and The Trust Project at West Lothian College.

Lorraine Kelly, who is trustee of the STV Children’s Appeal, said: “I can confidently say that this year’s STV Children’s Appeal show is like no other. I had the best time hosting the show alongside Sanjeev in Dundee, a city that is close to my heart; you can expect to feel inspired, learn more about some wonderful charities and watch some heart-warming exchanges. You may even witness some top-class football skills on full display.

“Sanjeev and I loved learning about all the fantastic fundraising and meeting so many special folk on the show. Remember, viewers can donate all day on November 4, so you can still help us make a difference. Tune in for all the action!”

Still Game’s Sanjeev Kohli, said: “It’s always a delight working with Lorraine Kelly on the STV Children’s Appeal show. I’m confident that the generous people of Scotland will donate what they can on November 4, so that we can help children and young people living in poverty across Scotland gain access to the support of charities that can often be a lifeline for them.”

This year the show will be broadcast from Street Soccer’s indoor football centre in Dundee, a charity which provides free training for young people.

“It was great to welcome some of the charities supported by the appeal. There was a real buzz around the place and hopefully the appeal show can raise plenty of funds and awareness to make sure that children and young people have a better chance in life.”