Show will go on as theatre sets up stage outdoors

Pitlochry Theatre bids to get around restrictions - but other venues face a bleak summer. 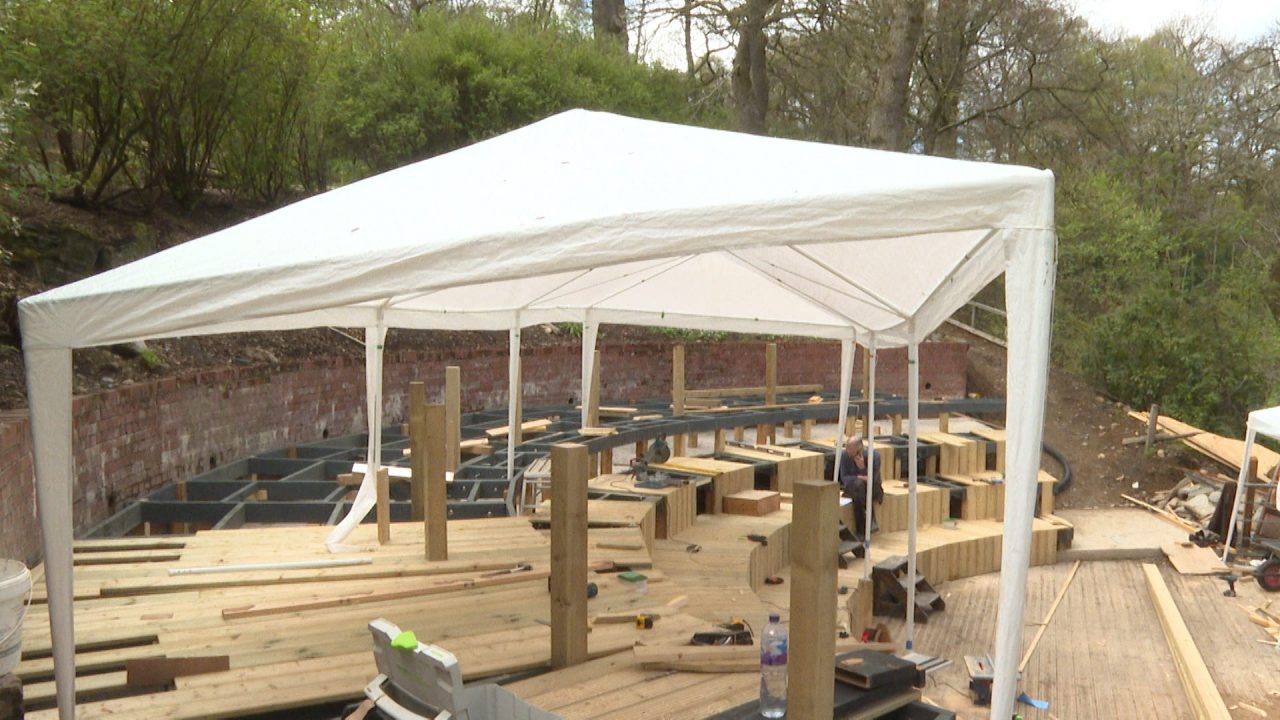 A theatre is bidding to save its 70th anniversary celebrations by setting up stage outdoors for the summer.

For most venues, social-distancing rules and capacity restrictions have made putting on performances simply not worthwhile.

But the Pitlochry Festival Theatre has found a way around the pandemic problem by creating a new amphitheatre and bandstand.

Boasting a vast plot of picturesque land, looking out onto Ben Vrackie, the theatre hopes to offer arts lovers more to feast their eyes on than just what’s on stage.

Artistic director Elizabeth Newman told STV News: “We are still here and gearing up to welcome audiences for the summer, but it has been a really challenging year.

“As soon as the two metres [distancing rule] became a reality we began to plan to move outdoors because that seemed the most likely option for audiences.

“We actually took the decision to prepare for not being able to produce theatre in the way that we’re used to until it becomes safe for audiences, which is why we’re going to be socially distanced outdoors.”

While the 70th anniversary celebrations aren’t quite what they were initially hoping for, the theatre has 17 shows planned, ranging from children’s favourite The Wind in the Willows to David Greig’s new play, Adventures with the Painted People, and evenings of musicals and opera concerts.

Other theatres are not so fortunate, with the Tron in Glasgow recently cancelling its 2021 pantomime.

Meanwhile, Iain Gordon, manager at the city’s Pavilion Theatre, told STV he thinks it will be September before shows can realistically return to the stage there.

Andrew Panton, artistic director of Dundee Rep theatre, which also remains shut at the moment, said: “We would love to see, in the next few weeks, the social distancing come down to one metre.

“Then very quickly we’d work with the Scottish Government to find a safe way to lose that distance completely.

“All we want to do is throw these doors open and see audiences in here, chatting at the bar and heading into the auditorium, seeing the work, but we want to do that when we can do that safely.”