David Carlyle was nominated for Best Supporting Actor for his role as Gregory 'Gloria' Finch in the hit Channel 4 drama. 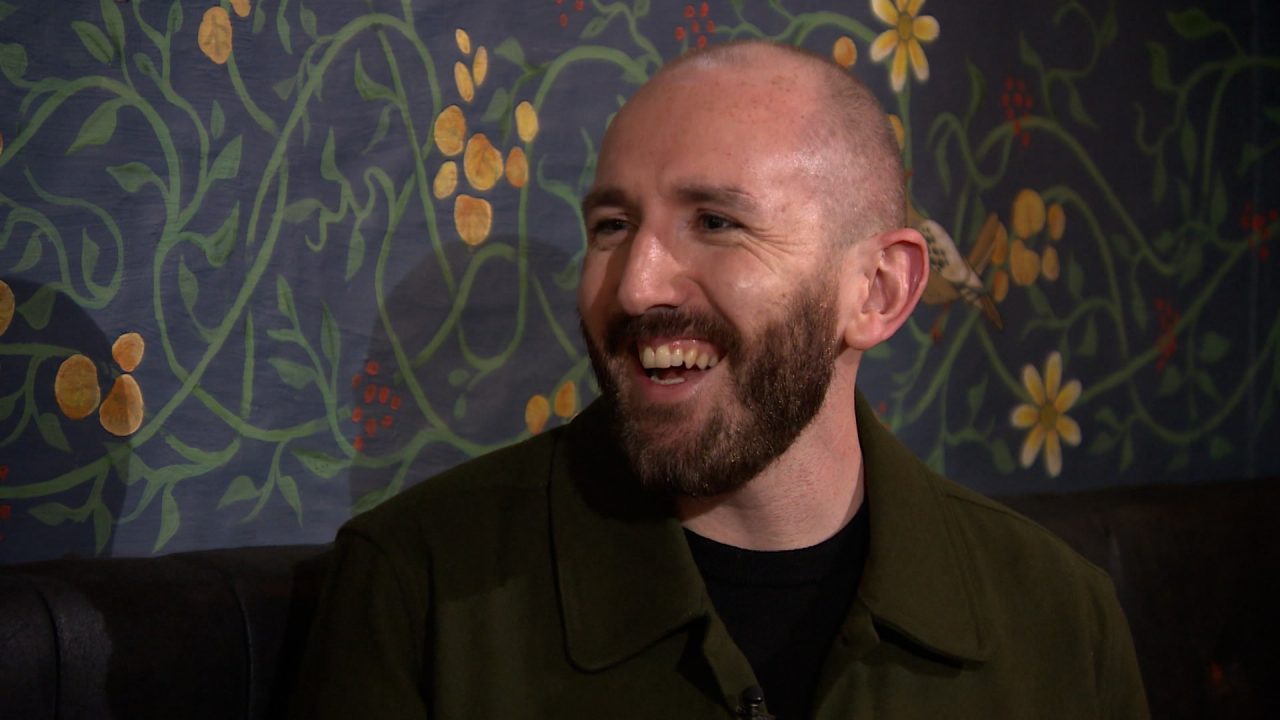 Scottish actor David Carlyle is preparing for one of the biggest days of his life as he is set to attend the BAFTAs on Sunday after being nominated for an award.

David is in the running for Best Supporting Actor for his role as Gregory ‘Gloria’ Finch in hit Channel 4 drama It’s a Sin.

The critically acclaimed series tells the story of a group of friends in the 1980s, partying and living their lives when the AIDS crisis takes hold.

The show has already won numerous awards and leads the way at the BAFTAs, with 11 nominations, but David never expected he would be one of them.

He told STV News: “I read an article and saw my name. I woke up my partner who was lying next to me. He thought there was something wrong with our dog! I said ‘No way. I’m nominated for a BAFTA.’ I just saw my name and went ‘woah’.”

Looking ahead to Sunday, he can barely contain his excitement but admitted: “I’m a bit nervous. It’s a biggie. Walking down that red carpet and trying to pretend I’m meant to be there, you kind of go ‘how did this happen?’”

It happened because despite David’s character Gregory only being in It’s a Sin for the first few episodes, his heartfelt, moving portrayal of the life-loving Scot struck a chord with so many.

Speaking of the impact the series has had, David said: “Everybody seems to have taken something from it and that’s really special. It’s an honour I think. It’s an actor’s dream.”

David was destined to perform it seems. Growing up in Abronhill and then Hamilton, he said: “My mum saw I was a strange kid. I was always showing off and performing and she had to find an outlet for that so she put me into youth theatres.

“Then my high school teacher – Miss Burns, shout out to Miss Burns – she said ‘I wouldn’t do this but I think you need to know I want to push you to do acting. You need to do it’, and that stuck me to that course.”

David now lives in London with his partner Jason, but the pair will head back to Glasgow this summer for the second major event happening this year – their wedding.

After numerous delays due to Covid, the pair will finally tie the knot in Oran Mor, in the city’s west end – a place they both knew was perfect.

Speaking of the stunning venue, he said: “I don’t know if you noticed but at the altar there’s a rainbow and I took that as a sign. Jason noticed it instantly too.”

BAFTAs and weddings aside, David has some exciting projects in the pipeline, including a documentary for Virgin radio about the impact of homelessness on LGBTQI+ youth, which he’s called upon his It’s a Sin friends to play a part in.

The group, including Olly Alexander and Lydia West are as close as they were on-screen, off screen and relish every moment they get to spend together.

They can’t wait to celebrate together on Sunday night, no matter who wins, and plan to do so in style.

David said: “We have been checking on the group chat as to who is wearing what. No one wants to look like the grandad in a suit.”

So what does he plan to sashay down that red carpet in?

Keeping his fashion cards close to his chest, David remarked: “Something Scottish in nature, and something camp in nature.”