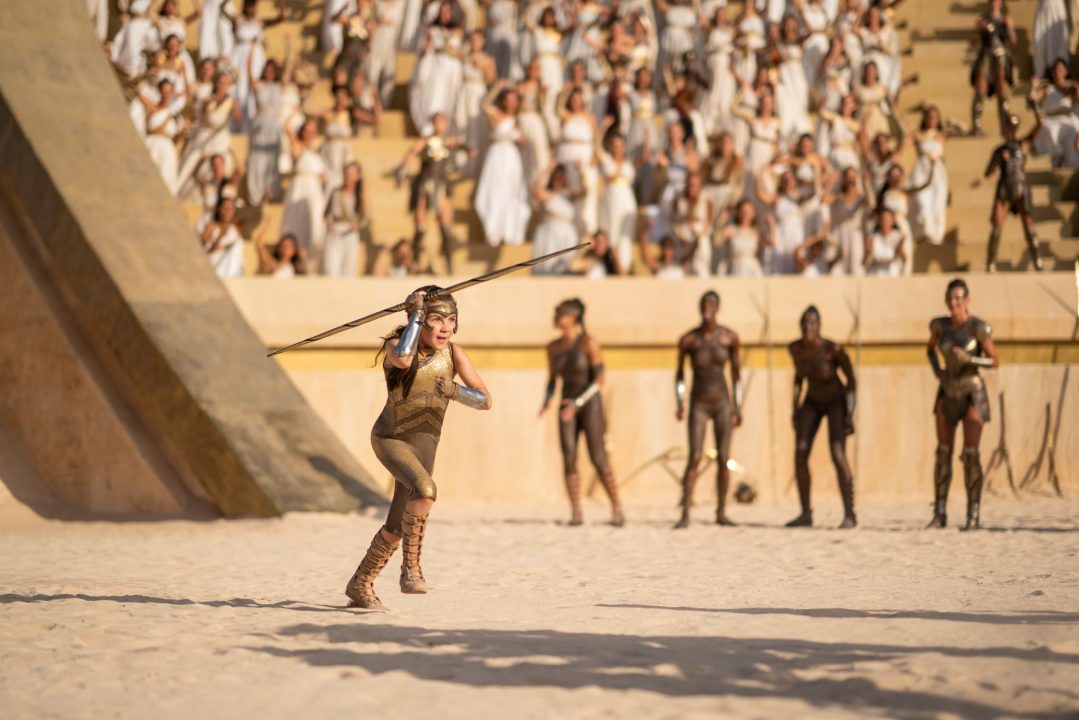 A Scottish teenager who stars as a young Diana Prince in the latest Wonder Woman movie has said doing her own stunts was an amazing experience.

Lilly Aspell has played the part of the young Wonder Woman twice, first in the 2017 movie and now in Wonder Woman 1984, which has just been released on premium video on demand.

The 13-year-old was spotted for the first movie while in London and said filming both movies was “amazing.”

“So many memories were made on both movies so yeah it was just an amazing thing,” she said.

Lilly was born in Kilmarnock and has travelled across the country with her parents, who have worked as jockeys and are skilled show jumpers.

Their influence has paid off as the horse-loving teen did the majority of her own stunts in the movie.

“They knew I could ride and I was really up for anything so, they kind of just let me do my own stunts,” Lilly said.

Lilly found both a fan and friend in Gal Gadot, who stars as the adult Wonder Woman in the movie series.

“Gal is one of the most kindest, hard working people I have ever met in my life. I don’t think Patty [Jenkins] could have gotten a better Wonder Woman, she was perfect for the role,” Lilly says.

“She used to come onto set and we would hang out and on our days off we went on a boat.

“She was really supportive of me.”

Lilly adds that one of the highlights of working on the superhero movie franchise was having a Barbie doll made of her.

“I literally couldn’t believe it,” she said.

“I’ve got a sister and we keep joking that she’s going to use it as a voodoo doll.