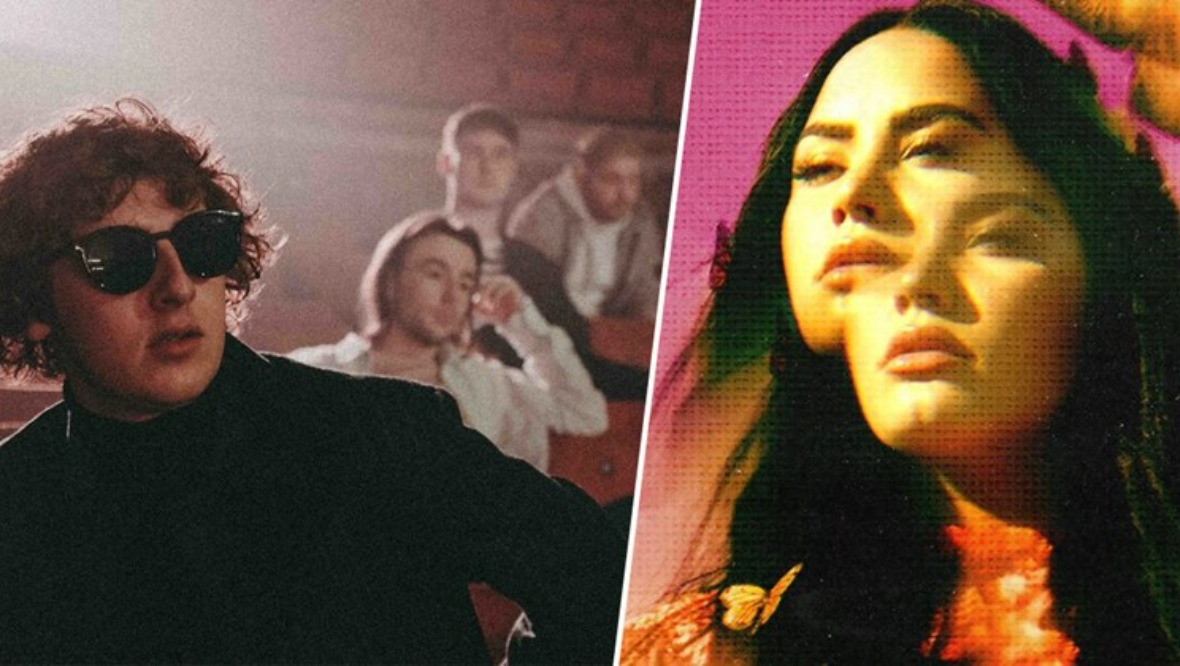 A Scottish band battling American popstar Demi Lovato for the top spot in the UK albums chart have described it as a “once in a lifetime” opportunity.

The Snuts are currently leading the race to number one with W.L.

If the West Lothian indie-rockers hold on to their lead, they will be the first Scottish band in 14 years to top the Official Albums Chart with a debut record since The View in 2007.

The Snuts’ frontman, Jack Cochrane, 26, told STV News it was a “once in a lifetime chance”.

He added: “This has been our life’s work.

“There’s songs on this record that we wrote when we were 15-years-old. This is a kind of achievement we always wanted to try and work towards.

“We wanted to be able to put guitar music back on the map and hopefully inspire the next generation of young Scottish songwriters and musicians.”

On Tuesday, The Snuts led the charge with most vinyl and download sales of the week so far.

Lovato – who has the most CD sales of the week so far – was just 1110 sales behind and is on track for her highest-charting album to date in the UK with Dancing with the Devil.

Her previous album, Tell Me You Love Me, peaked at number five in 2019.

Callum Wilson, The Snuts’ bassist, said the band’s battle for number one “shows the power of what core fans can do”.

He added: “See fans that go out there and they buy a vinyl, they buy a record, they buy gig tickets – it really shows that they can kind of go up against these streaming megalodons who just stream millions a day.

“So, I think it’s really inspiring for young bands just to see – if you get that core fanbase, they will always support you.”

The band – Cochrane and Wilson along with guitarist Joe McGillveray and drummer Jordan ‘Joko’ Mackay – have been jamming together since school.

W.L. refers to Whitburn Loopy – “the troublemakers and the youths” from the band’s hometown – and features numerous themes including mental health struggles and the lasting scars of the country’s damaging drugs culture.

Cochrane said it was great to see the fans enjoying the record.

He added: “How much they’re connecting with the album emotionally is something that’s surprising itself for us.”

When shooting the video for single Somebody Loves You, the band joined forces with the Scottish Refugee Council to showcase some of the stories of those who have been directly helped by the charity.

Wilson described it as ‘humbling’ to see the refugees’ spirit shining through.

He said: “We’re sitting here – everybody was in lockdown, everybody was isolating – but you’re only really a phone call away from friends and family.

“And these people have travelled from one corner of the globe right across, suffered insane hardships and they’re still standing there with a smile on their face to tell their story.

“And I just think that in itself really humbles you and really makes you realise how good you actually do have it.”

If the band take that top spot on Friday, then they will host the “party to end all parties” once it is safe to do so as the fight against coronavirus continues.

Cochrane said the band are “blessed” to have a fanbase that’s got them to this position but joked that waiting to find out is “torture”.

He added: “We kind of started off in pole position, which felt like the worst way we could have started because we’re kind of waiting to have it stolen from us now.

“It’ll be a real achievement for us to take that number one.”