Colgan speaks about writing career and her role in the 'Scottish Doctor Who mafia'. 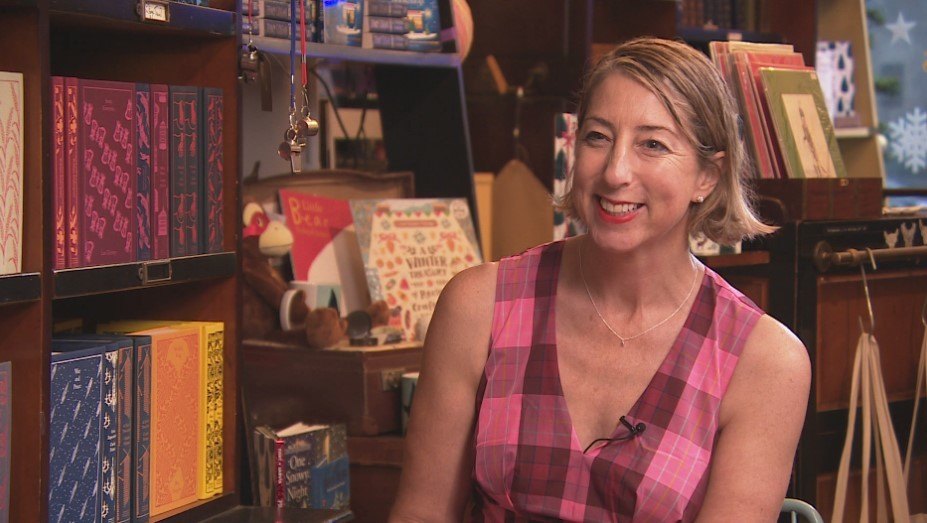 Romantic fiction writer Jenny Colgan has branded critics of the genre as “sexist”.

Colgan, who has just released her latest book, called for greater respect, saying such novels should be celebrated in the same manner as crime fiction in Scotland.

She told STV’s Scotland Tonight that romantic fiction was criticised because it was mainly written and read by women.

“Romantic fiction is about twice as successful as crime fiction,” the Prestwick-born writer said.

“It’s read everywhere. There’s very few hospitals or airports or hotel rooms in the world that you won’t find Marian Keyes or Jojo Moyes, or hopefully me

“There’s certainly a sense at home that it’s like ‘crime – they’re all fantastic’. There’s just no way around the fact that we decide some genres are better than others.

She also spoke highly of Douglas Stuart, the Scottish author who won the Booker Prize for Shuggie Bain.

“I think [his latest novel] Young Mungo, for my money, was the most romantic book I read this year,” Colgan said. “I cried my eyes out.

“We can celebrate all sorts of things that come out of Scotland in a romantic way.”

Colgan started writing romantic fiction in 2000, with the publication of her first novel Amanda’s Wedding. Her latest release, A Christmas Bookshop, is set in Edinburgh.

Talking of her career spanning two decades, Colgan said: “I always loved romantic comedy and I always thought of myself as a comedic writer.

“And so, it’s kind of an excuse to smuggle in anything I feel like writing about.”

When she’s not penning romance, Colgan is among the “Scottish mafia” on Doctor Who, for which she writes.

“I really love the show,” she said. “In a funny way, that’s been a really fun Scottish thing to be involved with as well because, of course, Steven Moffat was running it and we had David [Tennant] and Peter [Capaldi].

“I love being part of the Scottish Doctor Who mafia – that’s really fun.”