Music legend plans to focus on jazz after upcoming live shows in Glasgow and Aberdeen. 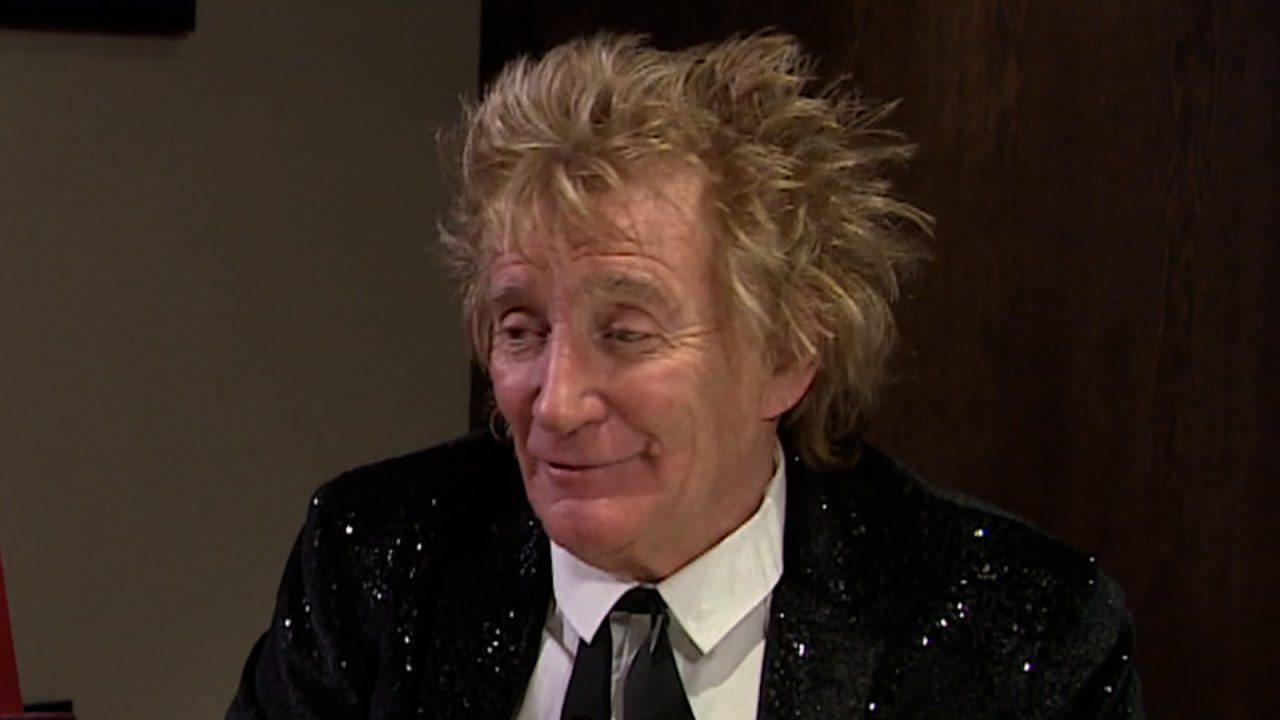 Rod Stewart is a whirlwind bundle of energy, fabulousness and fun, and that’s exactly what burst into the room at Glasgow’s Radisson Red on Saturday night.

Picture the scene: His beloved Celtic had just won and Sir Rod was about to perform at the Barrowlands for the first time, taking to the stage at the Scottish Music Awards where he was also picking up a gong.

It was a day for celebrations and he was certainly in a celebratory mood!

“This is my interview. It’s going to be pretty good,” he sang.

What a charmer. Rod is hilarious and makes for a unique and off the wall, but highly enjoyable, interview.

I’ve chatted to him before, three years ago now, but for this one there was double trouble as he was joined by close friend, collaborator and the man who fronts his support band, Johnny Mac.

John hails from Glasgow and has written songs and produced music for the likes of Westlife and Busted. A few years ago, he made music for Celtic’s training videos, which led him to Rod and has seen him since become the frontman of Johnny Mac and the Faithful – the band who support Rod Stewart on tour.

Rod explained: “I watched a video of Celtic training and there was a song with no words to it. I loved the melody and I kept saying ‘where did this song come from?’. It took me nine months to find out it was Johnny’s song.”

Johnny said: “I got an email from Rod. Sharon, my wife, phoned and said ‘I think Rod Stewart just emailed you’, and I went ‘no, that’s not a thing’, and then I read it and went ‘Rod Stewart’s just emailed me!’.

Now, at the age of 57, Johnny is loving life supporting Rod and performing his own shows. The pair’s friendship has also led to them teaming up for a new single, Me Oh My.

The catchy country track also features a fun video, partly shot with the pair riding in a horse and carriage round Central Park in New York, expertly shot by Rod’s wife Penny Lancaster.

“Cheap and cheerful video. My wife shot most of it on a phone camera, running after us in a horse and cart.”

Johnny and Rod were also teaming up for a performance at the Scottish Music Awards that night, where Rod was being awarded the Outstanding Achievement in Music Award, something which means a great deal to him.

“I am a knight and I’ve got a CBE, which is wonderful, but this one tonight? The first award I’ve won from Scotland in Scotland – oh,” he said, fighting back emotions and clutching his heart.

“This is the land of my father. My father was born in Leith in Edinburgh and there’s a huge part of me that loves Scotland. It’s undeniable. I love this place. I love it and I feel accepted – when I play Glasgow, I feel like I could walk on water. I’m so looking forward to it.”

Rod is back playing in Glasgow at the Hydro on November 29 and December 3, as well as the Event Complex, Aberdeen, on December 2, and for fans of the rocker’s classic hits, it could well be the last chance they get to hear them live.

“It will be the last time I sing Maggie May and Hot Legs at the Hydro.

“I’m not retiring, but there comes a point where you need to change and I’ve got jazz in my soul.

“I don’t want to be singing Hot Legs and Tonight’s the Night when I’m 80. I’ve got something I want to move onto, something I’m passionate about – jazz!”

Songs like Maggie May and Da Ya Think I’m Sexy have made Rod one of the most-loved musicians in the world, so this will come as sad news for many, but at 78 he was keen to stress he is definitely not retiring as he’s “too young for that”.

He’s simply “over the moon” at the moment and following his heart in making the music he wants to make.

After so many years keeping us entertained, I think we can allow him that.

What’s On Scotland is on STV and STV Player at 7pm.