Outlander star has no plans to slow down despite an increasingly hectic schedule. 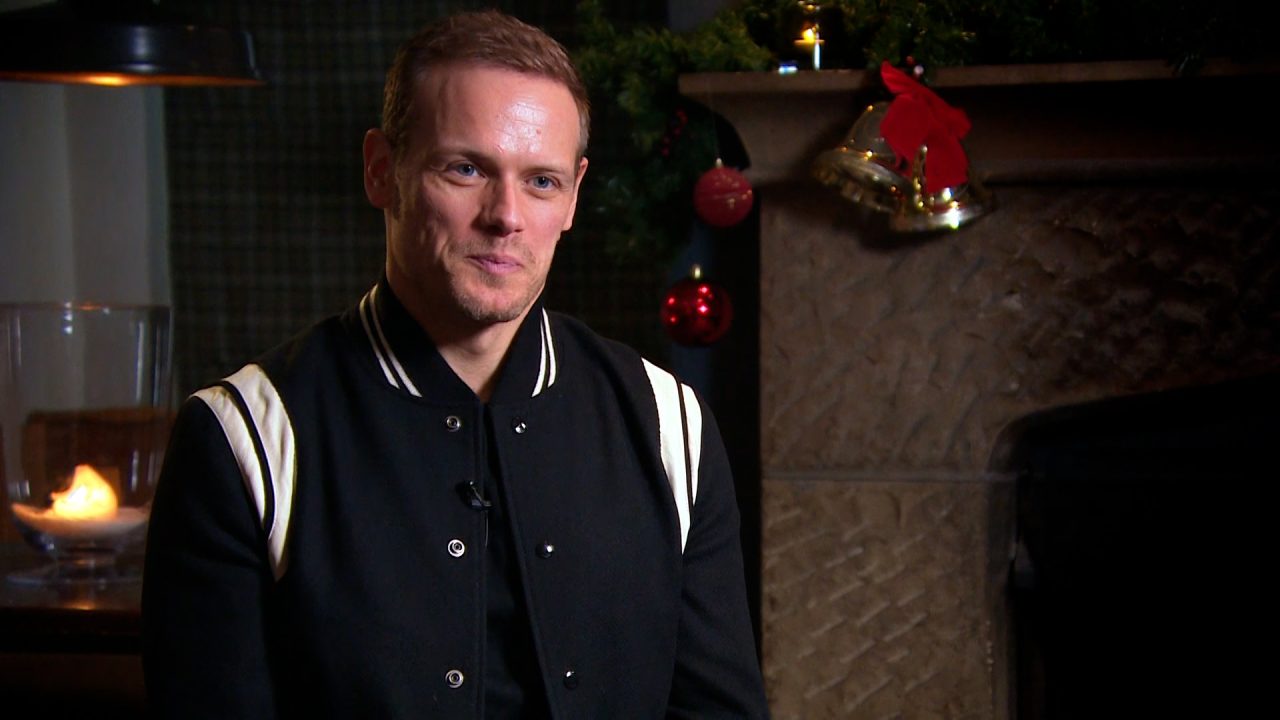 Scottish actor Sam Heughan is best known for playing Jamie Fraser in hit series Outlander, but he’s also a movie star, has his own whisky brand and runs fitness charity venture, My Peak Challenge – as well as numerous other things.

You’d think that when he had a break in his schedule he’d want a lie down, but oh no…

Sam seized a week off from filming to head for the hills, literally, fulfilling his ambition of walking the West Highland Way.

He used the experience to pen a book, both about his adventure and his life, and as such, Waypoints was born.

“Whilst I was doing the walk, I realised it was a great place for me to reflect and to look back on my career so far,” he told What’s On Scotland.

“This was cathartic, almost a bit like therapy, just to reflect on my career.

“It’s been an amazing journey to get here. I feel very fortunate for my day job – Outlander and the other projects – but the journey to get there wasn’t easy and I guess sometimes maybe people don’t know the full story, so it was nice to share that.”

The book doesn’t shy away from the hurdles Sam faced in his career and quest to becoming an actor, before he was offered the role in Outlander when he was in his 30s. Nor does it shy away from his difficult relationship with his father.

Throughout it, though, you get a real sense that the supportive staple in his life was his mum.

“My mum Chrissie is incredible,” he said. “She is artistic and always encouraged me in whatever career choice I took. I guess raising two boys as a single parent was very hard.

“She’s been a great support and I think she was very pleased when the book came out. I let her read it first just in case.”

When asked if she was a fan of Outlander, Sam laughed: “She’s very proud – I’m not sure she’s seen all of Outlander and I hope she hasn’t seen ALL of Outlander, but I send her all my books.”

While his mum may not have seen every episode of the show, which is currently in production for season seven, Sam is fiercely proud of all Outlander has achieved and the opportunities it has given him.

“The show has been a force of nature,” he said. “It’s really changed the landscape of Scottish film and TV.”

When not donning the ginger wig as Jamie, Sam has been working on films such as Love Again – a romantic comedy due out next year which he says is “a lovely little film with a great heart”.

It’s also got a great cast, starring Priyanka Chopra, who he dubbed “a wonderful human being” and the legend that is Celine Dion.

Keep your eyes peeled at this time of year for Sam, though, as he also once starred in a Christmas movie.

“A Princess for Christmas. I shot it a long time ago in Romania at the beginning of my career, but I did get to work with former Bond, Roger Moore.”

Adding that to our favourite Christmas movie list, but what would come out top in Sam’s guide to festive flicks?

He said: “Bad Santa. Then The Grinch – Jim Carrey is just phenomenal. And Bill Murray in Groundhog day.”

Looking forward to spending the festivities with his family this year, Sam said that Christmas has always just been about “really cosy homemade food and presents”.

“We always had a tradition in Dumfries and Galloway, where I grew up, of having a Christmas or Hogmanay party where the full community would get together. I wish we could still do that to this day.”

Catch up with What’s On Scotland on the STV Player.