The 10XChallenge calls on the nation to take part in their own challenge or event inspired by the number '10'. 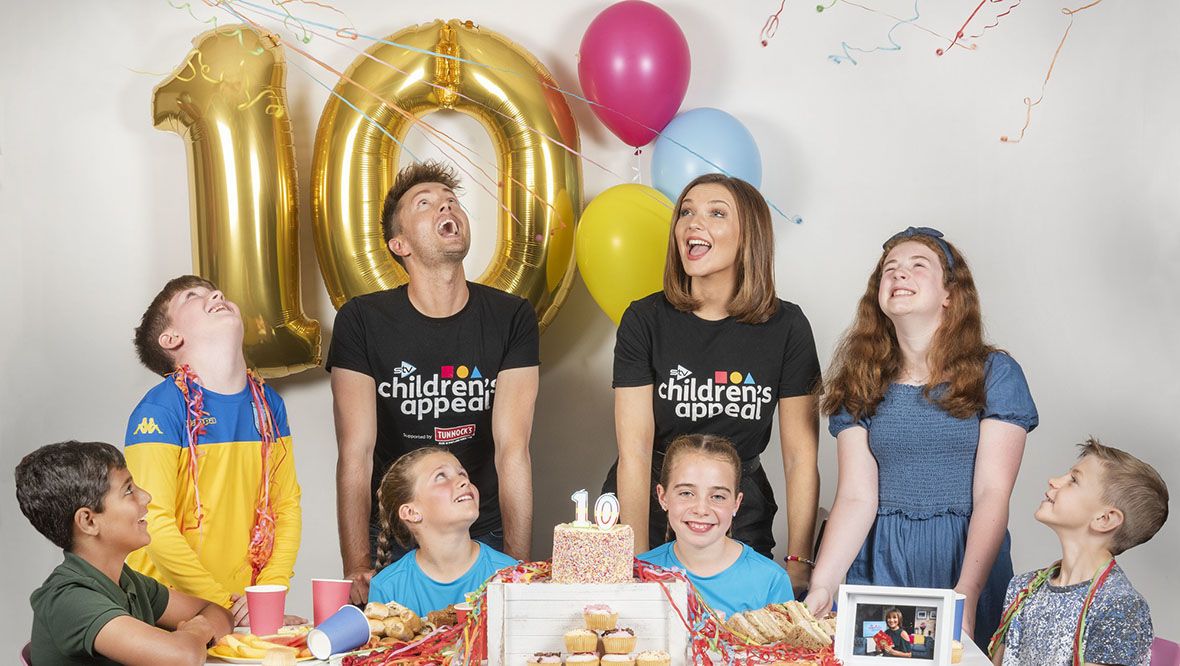 The STV Children’s Appeal is celebrating its 10th birthday this year and, to mark a decade of supporting young people affected by poverty in Scotland, an exciting new fundraiser – the 10XChallenge – was launched on Wednesday.

STV’s Seán Batty and Sophie Wallace were joined by a group of ten-year-olds for a joint birthday celebration and to announce the 10XChallenge, sponsored by Tunnock’s, which calls on the nation to take part in their own challenge or event inspired by the number ‘10’ over ten days from September 10-19.

STV Weather meteorologist Seán has vowed to take on a 10k run as part of the new fundraiser, while STV News presenter Sophie will challenge herself to try out ten very different occupations.

The six children joining them – Robbie Sawatzky, Jonah McGinnis, Maya Barcella, Sophia Barcella, Lily Stevenson and Sam Couper – are planning a variety of challenges, such as cycling ten laps of a local reservoir and reading ten books across the ten-day period.

The STV Children’s Appeal was launched in 2011 by STV and The Hunter Foundation to improve the lives of the one in four children who live in poverty in Scotland.

Through various fundraisers and an annual telethon hosted by long-time trustee Lorraine Kelly, the Appeal has since raised over £25m, which has helped provide food and warm clothing, created opportunities for training and employability, and enabled social and emotional support across the country.

Sean said: “Where have the last ten years gone? I’ve been involved with the STV Children’s Appeal right from the very start and I’m constantly humbled by the incredible stories of the lives it has helped turn around across the country.

“Child poverty is still a major issue in Scotland though, and the pandemic has only exacerbated it. I’m looking forward to slipping on my running shoes in September and joining the Appeal’s many generous supporters in doing our bit to change kids’ lives.”

Sophie added: “I was quite wee myself when the STV Children’s Appeal was first launched, and I’ve grown up watching the amazing work it does for children in communities throughout Scotland.

“The Appeal’s charity partners need our help now more than ever, and that’s why I’m super excited to be taking on my 10XChallenge and raising lots of cash for such an important cause. I hope you can join me!”

The STV Children’s Appeal’s 10XChallenge takes place between September 10-19. Visit stv.tv/appeal to sign up and download a 10XChallenge pack with tips and ideas for fundraising.