The actor who rose to fame as Freddie Mercury in Bohemian Rhapsody enjoyed 'going toe-to-toe' with Bond. 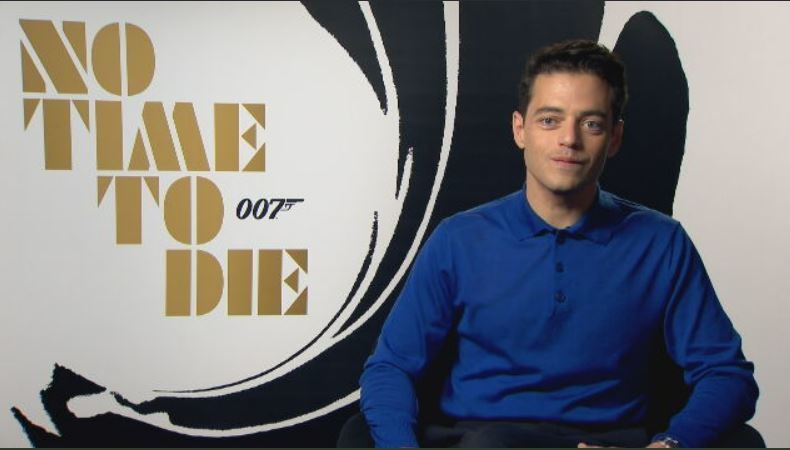 The newest James Bond villain is hoping to see 007 go back to his Scottish roots for the next instalment of the hit series.

Rami Malek says he feels blessed to be involved in a piece of cinematic history by starring opposite Daniel Craig in No Time To Die.

And with Craig set to hang up his pistol after this year’s No Time To Die, Malek says it would be fitting for a Scottish actor to follow in the footsteps of the original Bond, Sean Connery, who starred as the secret agent in seven films between 1962 and 1983.

Speaking to STV News said: There are so many moments in this film where we return to those early Bond films with Sean Connery and we just kind of pick moments that we think might work.

“There is always a reason to have a good throwback and who better to throwback to than Mr Connery?

“It’s an accent that I think everyone adores, so why not revert back to what got us here in the first place.

“Bond’s ancestry is Scottish, so it seems very appropriate. I’d like to see that.”

Malek, who rose to fame as Freddie Mercury in 2018’s Bohemian Rhapsody, will play Bond’s latest nemesis Lyutsifer Safin in the film that was originally due to be released in 2020.

But after playing such a well-loved character as the Queen frontman, the 40-year-old had no qualms over becoming the bad guy in his latest flick.

He said: “The thing people often ask me is if I was intimidated to take the role after that last incredible saga as mercury, I was not actually, It was something I was eager to take on, it is another monumental moment in my career and I just feel so blessed.

“In certain ways with Freddie there were things I could tap into that I felt close to as actor and artist of some sort, this guy is almost the antithesis, he just has an evil streak that I don’t necessarily see in myself, he can just kind of disengage with sympathy and empathy and carry out his brutal, horrific will.”

“I think so many actors look forward to playing villains, because we get to show sides of us that don’t really exist in our personal lives and at the same time there is a little fun and a little cheekiness to be had.

No Time To Die is the 25th in the Bond series and will be Daniel Craig’s final outing as 007, a role he has made his own since first appearing as the secret agent in 2006’s Casino Royale.

The 53-year-old, who has also starred in Quantum of Solace, Skyfall and Spectre, will be handing over the reigns after 15 years and to be part of his last Bond film was an honour for Malek.

He said: “To have and to go toe-to-toe with Daniel every few days was a special, magical moment.

“You step on stage at Pinewood on the 007 set and it is kind of a striking moment when you say ‘I am about to be part of cinematic history’.”

No Time To Die will be in cinemas from Thursday.