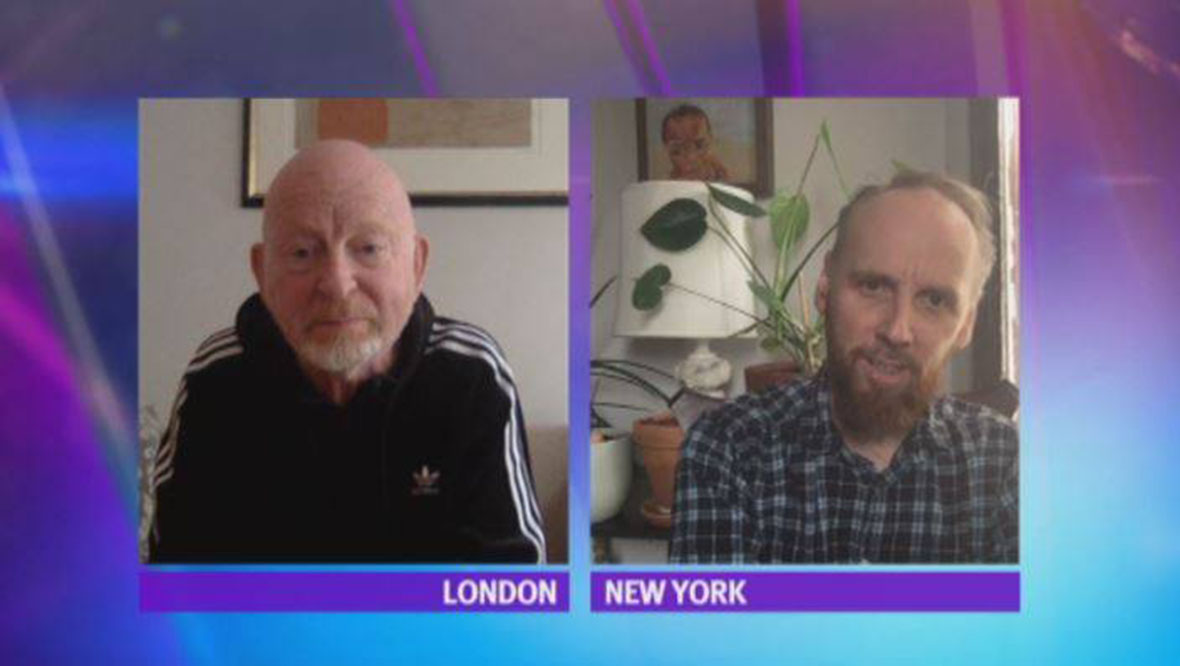 McGee and Bremner joined John MacKay in conversation on STV’s Scotland Tonight ahead of the film’s world premiere online as part of the Glasgow Film Festival.

“I think Ewan nails me, absolutely nailed me. It’s a bit freaky because I haven’t been off my nut for 25 years but he grabs me in that moment,” said McGee.

The film, co-written by Trainspotting author and screenwriter Irvine Welsh, charts the ups and downs of McGee’s rollercoaster life in the 80s and 90s as he builds his music label, Creation Records.

Edinburgh-born Bremner, best-known for playing the character Spud in Trainspotting, told Scotland Tonight that McGee’s story “lends itself very well to the worlds that Irvine Welsh is investigating and exploding”.

Bremner said: “Alan’s life has been very explosive in a lot of ways and Irvine’s writing has always got a sense of impending catastrophe and excitement and a real rush of adrenaline in everything that he writes.

“That seems to mirror the essence of Alan McGee”.

McGee shook up the music scene with bands like ‘The Jesus and Mary Chain’, ‘Primal Scream’ and famously signed ‘Oasis’ after they performed at Glasgow’s King Tut’s venue.

He said: “It was the punk thing and that’s all I was ever into. It’s still what I’m kind of into really to be honest; that and acid house. I just merged that. I’d sign bands that would remind me of what I liked when I was a kid.”

Discussing the casting for the biopic, McGee revealed that he turned down another superstar Scottish actor to portray him onscreen.

“I mean I got offered Ewan McGregor. He’s amazing Ewan McGregor but he’s never going to be able to pull what I do,” he said.

“They said let’s get Spud, and I went ‘That’ll work!’. I knew he was a brilliant actor but he’s got me down man. He’s tremendous, Ewen Bremner, you know.”

Watch the full interview with Alan McGee and Ewen Bremner on Scotland Tonight at 10.40pm.