Retired Glasgow doctor Andrew Townsley would have been the sixth contestant only to have ever scooped the top prize. 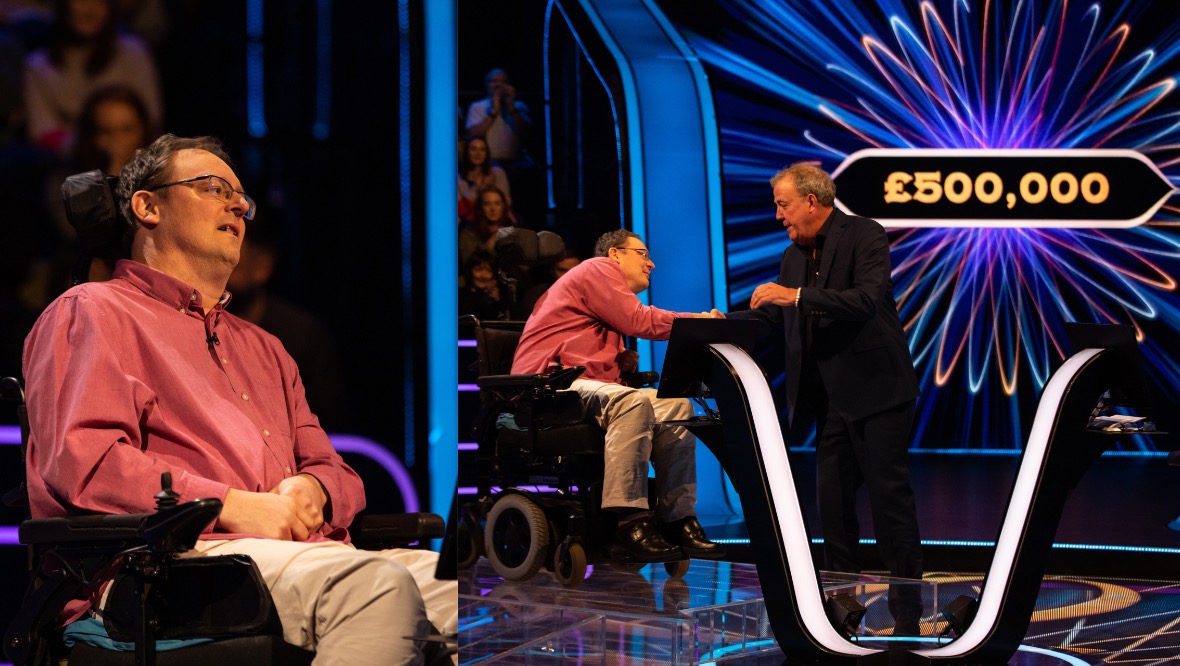 A retired doctor who reached the £1m question on Who Wants to Be a Millionaire? has said he “never dreamed in a million years” that he would have been so successful.

Andrew Townsley, from Glasgow, would have been the sixth contestant only to have ever scooped the top prize on the popular TV show.

However when faced with a question on motorsport, he decided to play it safe to take home £500,000.

Mr Townsley told STV News his appearance on the gameshow on Tuesday night was “a bit of an eye-opener”.

He said: “It’s not something I ever imagined when I applied for the programme in the first place.”

Mr Townsley said he thought he could win “a bit of money”, adding he “never dreamed in a million years that I would be as successful as I have managed to become”.

The £1m question was: “Which of these iconic races was held first?”

Mr Townsley, who said it had been a “nice run” to the last question, knew it wasn’t 24 Hours of Le Mans or the Monaco Grand Prix.

That left him with the Indianapolis 500 and Isle Of Man TT.

He said: “I had a good idea of which two events it wasn’t, which left me with the TT and Indie 500.

“I knew the Indie was an old, old event as well. And between the two of them, I really wasn’t prepared to take the gamble.

“Had it been a purely European question, I think I would have gone for the TT.”

If he had, Mr Townsley would have won the £1m.

Host Jeremy Clarkson congratulated him on being a “truly fabulous contender”.

Mr Townsley, who has progressive MS, said: “I was very happy to walk away at that point.

“I wasn’t prepared to take the gamble, which was a substantial amount of money to lose on the gamble.

“This is a life-changing amount of money – it should allow me to have very pleasant things, to help some other people, friends, family, other things I’ve been interested in.

“So, this is a great place to be, considering life for others at the moment is particularly stressful.”

Mr Townsley made it to the final question 14 years after the series last featured a million-pound winner.

British Army major Charles Ingram won the jackpot in 2001, but was accused of cheating.

Ingram’s story was the focus of the recent ITV drama Quiz, which starred Michael Sheen, Sian Clifford and Matthew Macfadyen.