The Duchess of Sussex believed 'salacious stories' were planted in the press while Harry chastised the family for unconscious bias in the documentary. 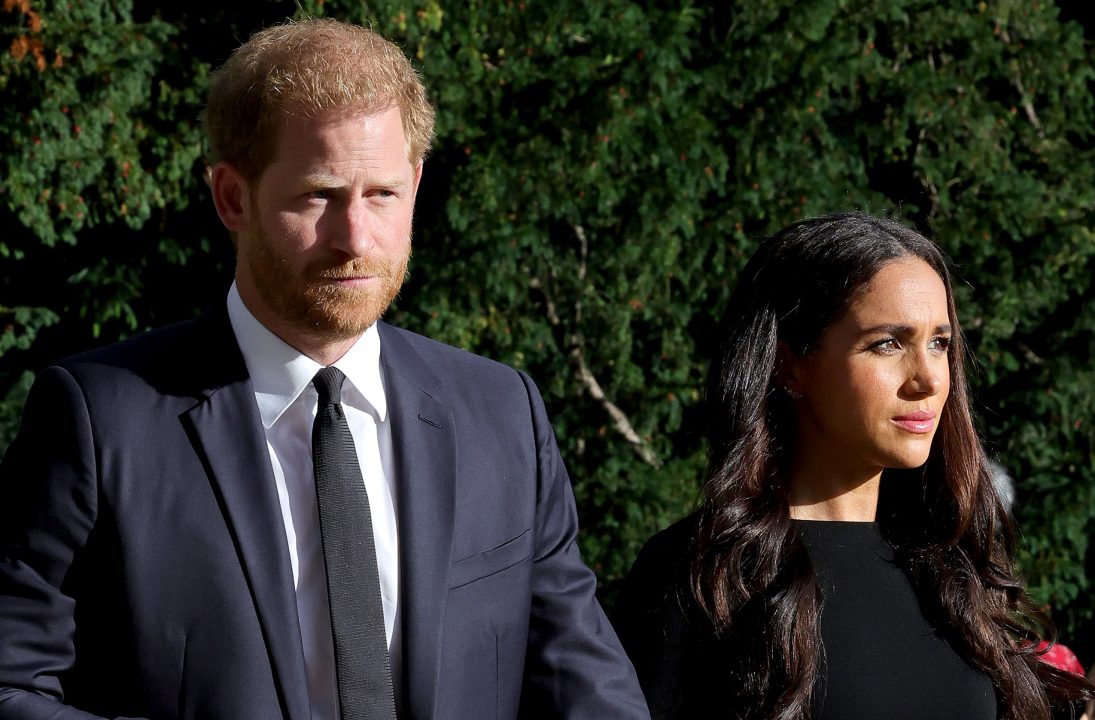 Buckingham Palace, Kensington Palace and members of the royal family were not approached for comment on the content of the Duke and Duchess of Sussex’s Netflix series, palace sources have said.

Harry and Meghan’s tell-all documentary began streaming on Thursday, with Harry accusing the royals of having a “huge level of unconscious bias” and Meghan saying the media wanted to “destroy” her.

A senior source in the royal household countered the written statement of “Members of the royal family declined to comment on the content within this series” which appeared on a black screen at the start of episode one.

In the first instalment of the six-part show, Meghan claimed “salacious stories” were “planted” in the lead-up to their wedding, with the couple “playing whack-a-mole” as the articles appeared.

The duchess also described her first meeting with the Prince and Princess of Wales, saying she was surprised at the “formality” of the royal family behind closed doors.

“I’ve always been a hugger, I didn’t realise that that is really jarring for a lot of Brits,” she said, revealing she was dressed down in ripped jeans and barefoot.

Harry said his wife being an American actress “clouded” his family’s view of her, while Meghan said the media would find a way to “destroy” her “no matter how good” she was.

The duke spoke of how there was a temptation in the royal family to marry someone who “fits the mould”.

Speaking in the first episode of the Netflix documentary, he said: “I think, for so many people in the family, especially obviously the men, there can be a temptation or an urge to marry someone who would fit the mould, as opposed to somebody who you perhaps are destined to be with.”

He also spoke about what he called the Windsors’ “unconscious bias”.

Harry caused outrage in 2005 when he donned a Nazi uniform to a private party, calling it “one of the biggest mistakes” of his life.

The documentary also showed images of Princess Michael of Kent wearing a Blackamoor-style brooch to a Christmas lunch attended by Meghan in 2017, for which she later apologised.

“In this family, sometimes you are part of the problem rather than part of the solution. There is a huge level of unconscious bias,” he said.

“The thing with unconscious bias, it is actually no-one’s fault. But once it has been pointed out, or identified within yourself you then need to make it right.”

An inquiry found the BBC covered up “deceitful behaviour” used by journalist Martin Bashir to secure his headline-making world exclusive interview with Diana, and the BBC vowed it would never be broadcast and any short extracts would be “few and far between”.

In what is perceived as criticism of the King’s parenting of Harry, the duke told of trying to cope with the loss of his mother Diana, who died in a car crash in 1997, “without much support or help or guidance”.

Episode one revealed that Harry and Meghan filmed footage on their phones of their experiences at the culmination of the Megxit crisis, with the duke recording himself at Heathrow airport after his final royal public engagements as he prepared to leave the UK for the last time as a senior royal.

Harry said a friend told them they should document this particular chapter of their lives.

“A friend of ours actually suggested that we document ourselves through this period of time,” he said.

“With all of the misinformation that was going on out there, especially about us and the departure, it seemed like a really sensible idea.”

The footage now forms part of the six-part series.

Harry and Meghan signed a lucrative deals, thought to be worth more than £100 million with Netflix and Spotify after quitting the monarchy, with the docuseries the first major output for them on the streaming giant.