Drew McIntyre told STV of his pride after his historic WWE title win at WrestleMania in Florida. 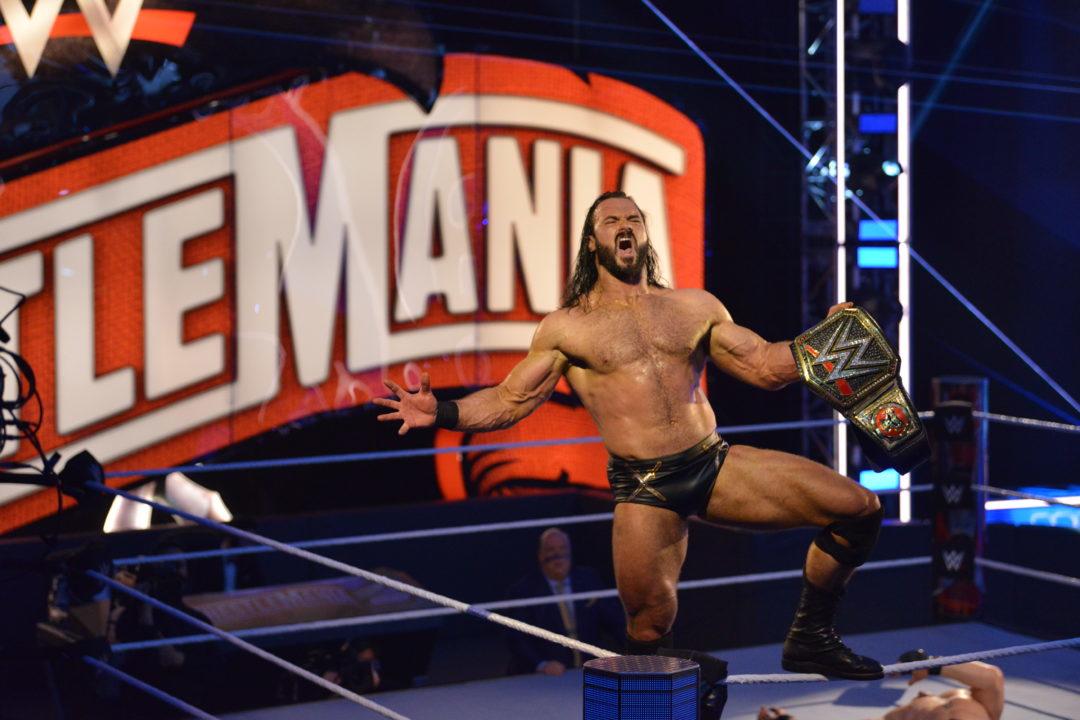 Scottish wrestling star Drew McIntyre said he’s been left “humbled” by the response to his historic WWE title win as he thanked people “back home” for their support.

The event was held behind closed doors at the organisation’s Florida training centre due to the coronavirus pandemic.

Despite the lack of a crowd, McIntyre insisted that finally getting his hands on the biggest prize in wrestling was a moment he’ll never forget.

McIntyre told STV: “I think I’ve slept for about 30 minutes. Watching the show back, my adrenaline was going through the roof and then my phone exploded.

“Social media exploded and I just couldn’t believe the outpouring of emotion from across the world for my title win.

“In the back, before I walked out it was very strange.

“I’m used to a lot of noise, especially at a WrestleMania where there would be 80,000 there.

“I was pacing around, getting myself psyched up and I did think this is strange, I hope this goes OK.

“But the second my music hit and I walked out it just clicked into gear.

“I’m very proud of that match. You say no fans were there but I was so in the zone, the adrenaline was exactly the same.”

“In a very Scottish way, my first title shot was against Brock Lesnar at WrestleMania and nobody was actually there.

In 2007 McIntyre became the first Scotsman to join the world-renowned wrestling brand and was touted for the top. He was fired sevens years later, though, after failing to live up to the billing.

The 34-year-old returned to Scotland to regroup and wrestled with the ICW company, before eventually clambering his way back to success in America with WWE.

He said: “People don’t believe it’s my actual story half the time. In 2007 I got signed to WWE when I was at Glasgow Caledonian University.

“I started off pretty hot but I fizzled out and got fired. I deserved to be as I didn’t work hard enough.

“Once I got fired I told myself this is on you. I fought and climbed all the way back to WrestleMania.

‘The people in Scotland always want their own to succeed.’

“In a very Scottish way, my first title shot was against Brock Lesnar at WrestleMania and nobody was actually there.

“It was very fitting for my story, though, and I’m just so proud we were able to bring the event to everybody. It has been a wild ride.”

He added: “The people in Scotland always want their own to succeed.

“It’s just humbling to see all the positive words people have for me from back home.

“I can’t thank everyone back home enough.”