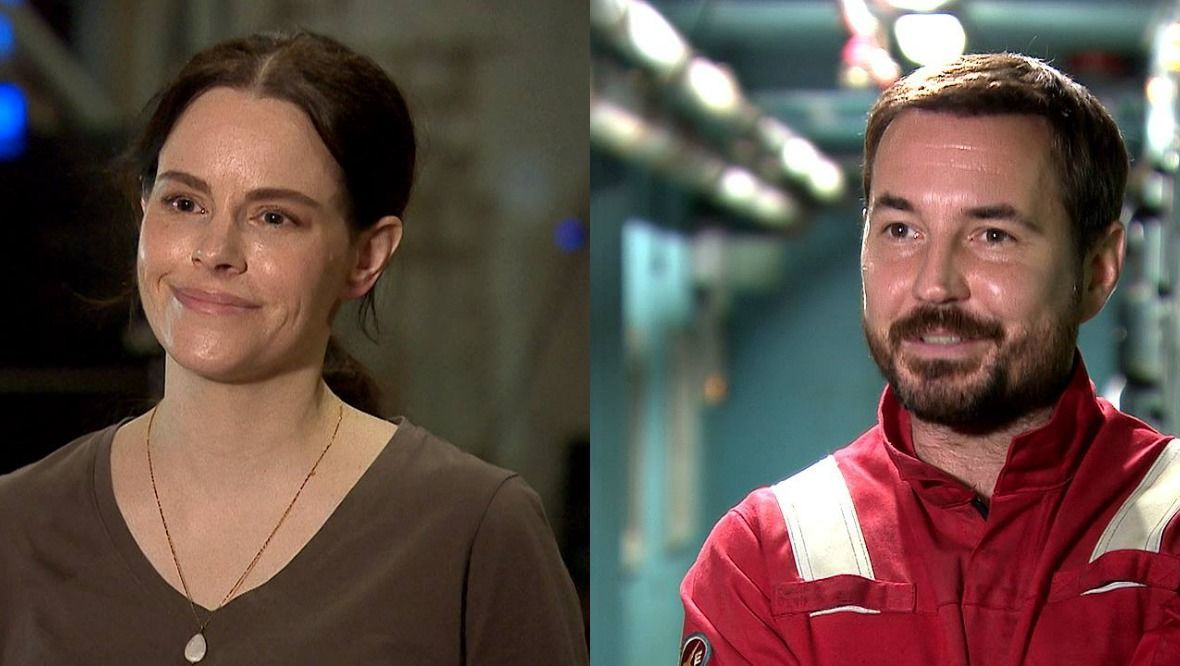 The pair are filming Amazon Prime thriller The Rig in Edinburgh, where Compston has been showcasing his home country’s finest delicacies.

“I have been drinking a lot of Irn-Bru cause Martin forced me to do it,” Hampshire told STV News.

“It was like a drug dealer forcing me to try my first hit and now I am addicted.

“I don’t know why we don’t have it in Canada – what’s good is I live in the States so Martin said he would get me a hook up there so it can be delivered.”

Filming on The Rig is drawing to a close at First Stage studios in Leith, where remnants of the huge set remain.

“It’s this supernatural thriller that just gets huge and it’s exciting.”

Line of Duty star Compston said he’d been welcomed back to Scotland with open arms – even having a cocktail created in his honour.

“I think a lot of people see I’m a wee guy from Greenock and in the right circumstances it could have been them, so I don’t take anything for granted and I will be in for another one [cocktail] before I leave.”

But he’s yet to get the ‘AC 12 Million’ tattoo he promised fans if Line of Duty attracted more than 12 million viewers.

It’ll be a while before The Rig hits our screens, but writer David McPherson believes it will give audiences the chance to explore a different side of Scotland.

“I’ve been writing for quite a long time but this is the first show that I managed to get green lit and it’s been a whirlwind experience,” he said.

“My dad works offshore and has done most his life and also I grew up near the Cromarty Firth.

“That industry is so important to Scotland but so hidden, I wanted to give other people a chance to see that world and explore it and do it in a big exciting way.”