The TV presenter will host the show from performing arts academy CentreStage in Kilmarnock. 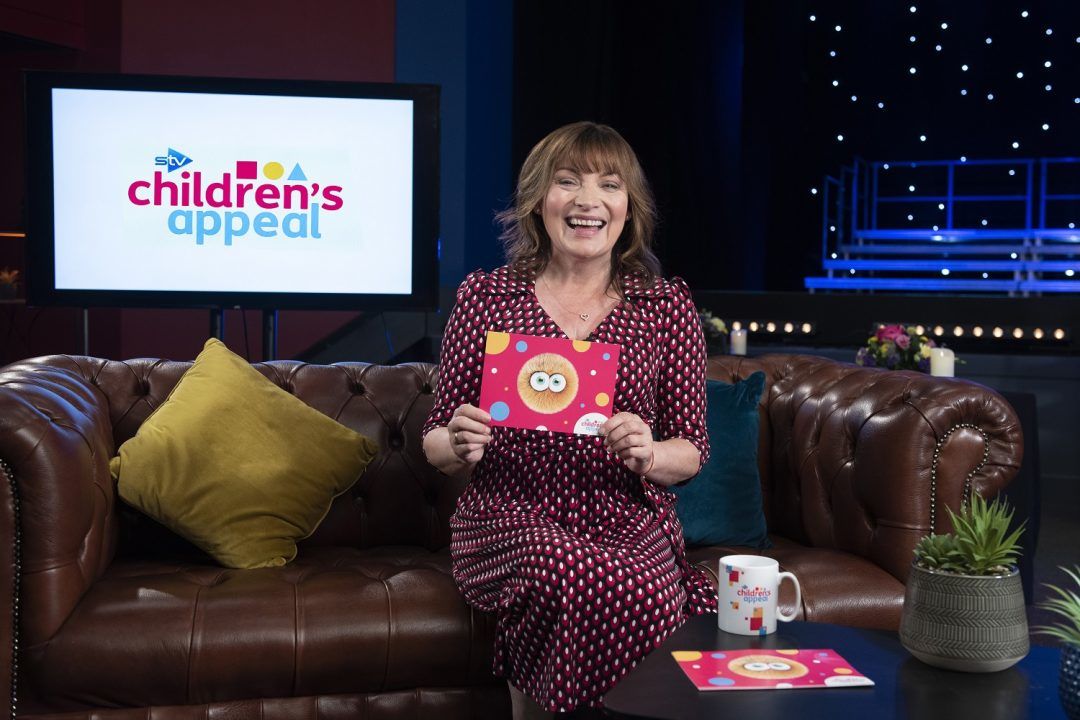 Lorraine Kelly will return to present the STV Children’s Appeal television fundraiser as the charity celebrates its tenth birthday.

For the first time, the show will be hosted at Kilmarnock-based performing arts academy CentreStage, a charity with a close relationship with the Appeal.

CentreStage’s recent move to new headquarters on the site of the former Kilmarnock Academy “wouldn’t have happened” without the support of the STV Children’s Appeal, according to the charity’s founder Fiona McKenzie.

The show, which will air on STV on Friday, will see Lorraine meet some of the many people who benefit from CentreStage’s activities and discover why it has proven a lifeline for the local community.

The programme will also feature a live performance from the 60-strong CentreStage Choir, made up of local people from all backgrounds, circumstances and abilities.

Community heroes from across the country who have raised thousands for the STV Children’s Appeal will be celebrated during the programme, with one young musical duo set to receive a huge surprise from Simon Cowell in response to their fundraising work.

BBC Radio 1’s Jordan North will take part in a special edition of Celebrity Catchphrase, while First Minister Nicola Sturgeon will chat to Lorraine about the importance of the Appeal and why she continues to be “delighted to support it”.

A one-off documentary will air on Tuesday October 26, focussed on how the coronavirus pandemic impacted youth mental health across Scotland.

Hosted by Andrea Brymer, Where’s Your Head At? will share the stories of young people who have been particularly affected by the mental health crisis.

Lorraine Kelly said: “This year’s STV Children’s Appeal show is going to be extra special, as we’re broadcasting direct from one of the amazing charities that the Appeal has supported over the last 10 years.

“Being in the heart of a community that really benefits from the unwavering generosity of the Scottish people year after year makes the show even more authentic, and reminds us all why the work of the Appeal to tackle child poverty continues to be so important ten years on.”

Paul Mathieson, CentreStage CEO, added: “It’s a pleasure to welcome the STV Children’s Appeal to CentreStage and to host this year’s show.

“Our long-standing relationship with the Appeal has allowed us to provide significant support and opportunities to so many children and families across our local communities.

“On behalf of the full team at CentreStage, I would like to say a massive thank you to everyone involved.”

Viewers can donate £10 to the STV Children’s Appeal by texting TEN to 70607 (standard network rates apply).