The singer delighted fans with renditions of some of his biggest hits on Buchanan Street in Glasgow. 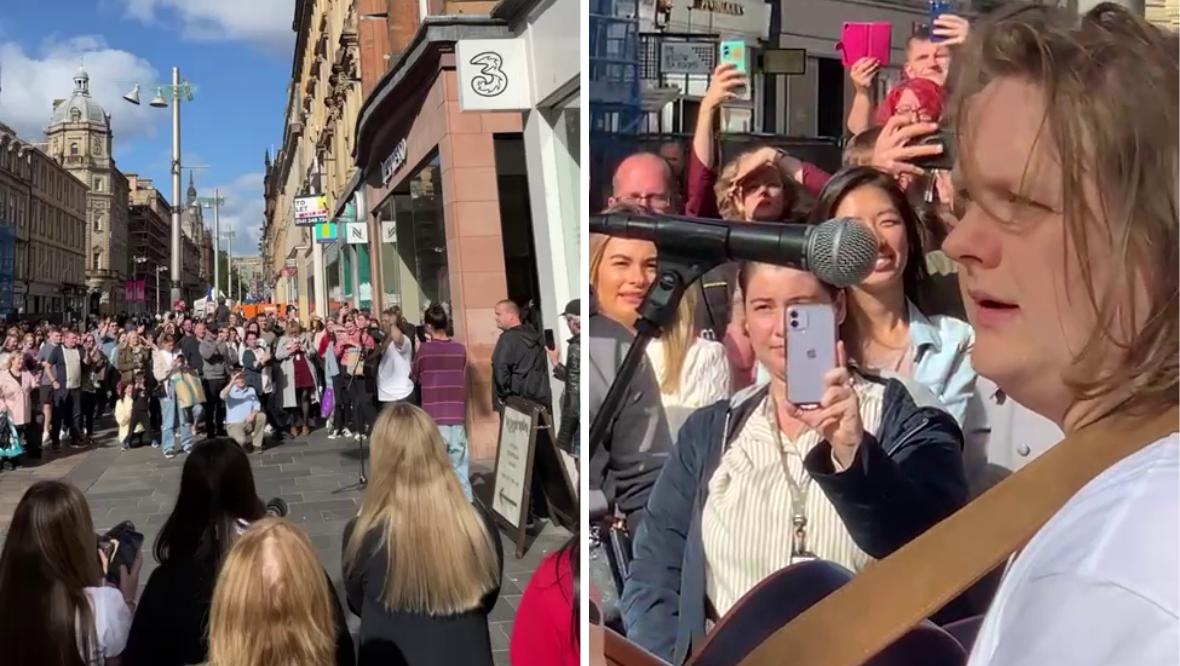 The singer took to the city’s Buchanan Street in the sunshine to perform with his guitar, drawing a large crowd of excited fans in the busy shopping area.

Standing outside Princes Square, Capaldi sang some of his biggest hits, including Before You Go, to the delight of shoppers and passers-by.

One fan tweeted: “@LewisCapaldi saw you on Buchanan Street having a wee sing song! Pop into @LushLtd for some freebies and a natter! Love you”.

Another fan, who wasn’t lucky enough to catch the singer in time, tweeted: “Lewis Capaldi busking in Glasgow and I’m not there”.

As a result of the Queen’s death, the promotion of the new single Forget Me was scaled back.

In a statement the West Lothian singer said: “In light of the situation tonight I don’t think its the right time to go overboard on the promotion of my new single, but it’s still coming out at midnight wherever you are. Speak soon x.”