Movie fans spotted the star of the upcoming movie filming a scene with co-star Jacob Scipio in Glasgow. 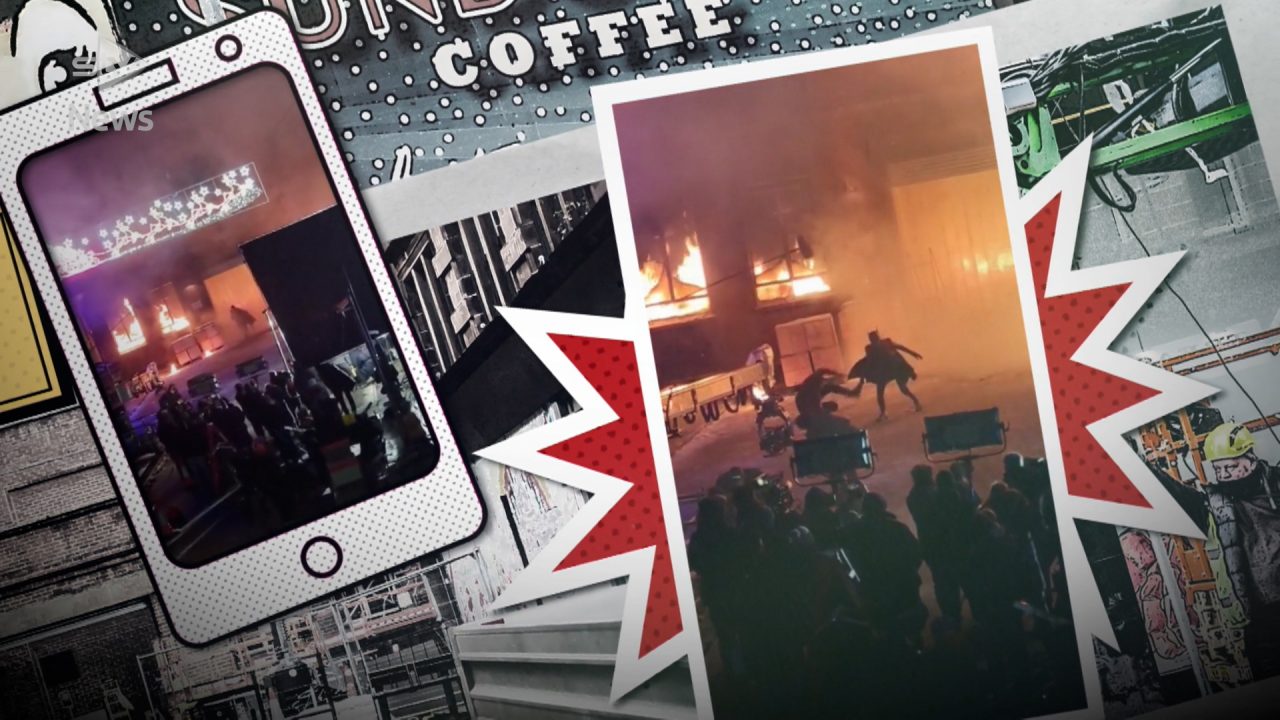 Leslie Grace has been spotted filming in costume for the first time as Glasgow has been transformed into Gotham City for the upcoming Batgirl movie.

Grace, who stars as Barbara Gordon in the film, was joined by co-star Jacob Scipio for the scene, which saw the pair narrowly avoiding an explosion.

Eagle-eyed movie fans spotted Grace in costume as Batgirl as she raced out of a burning building on Parnie Street in Glasgow.

Earlier in the day, she cut a more casual look as she filmed scenes in a snowy Gotham without her superhero disguise.

Work began at the start of the year to transform the city into a movie set, with shopfronts covered up, billboards erected and even a Christmas market set up in the Trongate area.

Michael Keaton is set to star in the movie as The Dark Knight, more than three decades after becoming the first Batman on the big screen.

Brendan Fraser and JK Simmons are also set to star in the film, which is expected to debut on the HBO Max streaming service in 2022.

Batgirl, which is directed by Bad Boys For Life filmmakers Adil El Arbi and Bilall Fallah, is said to be the first production to be entirely filmed in Glasgow.

It is thought that the production will bring in around £1m to the local economy each day, with filming set to continue over the coming weeks.