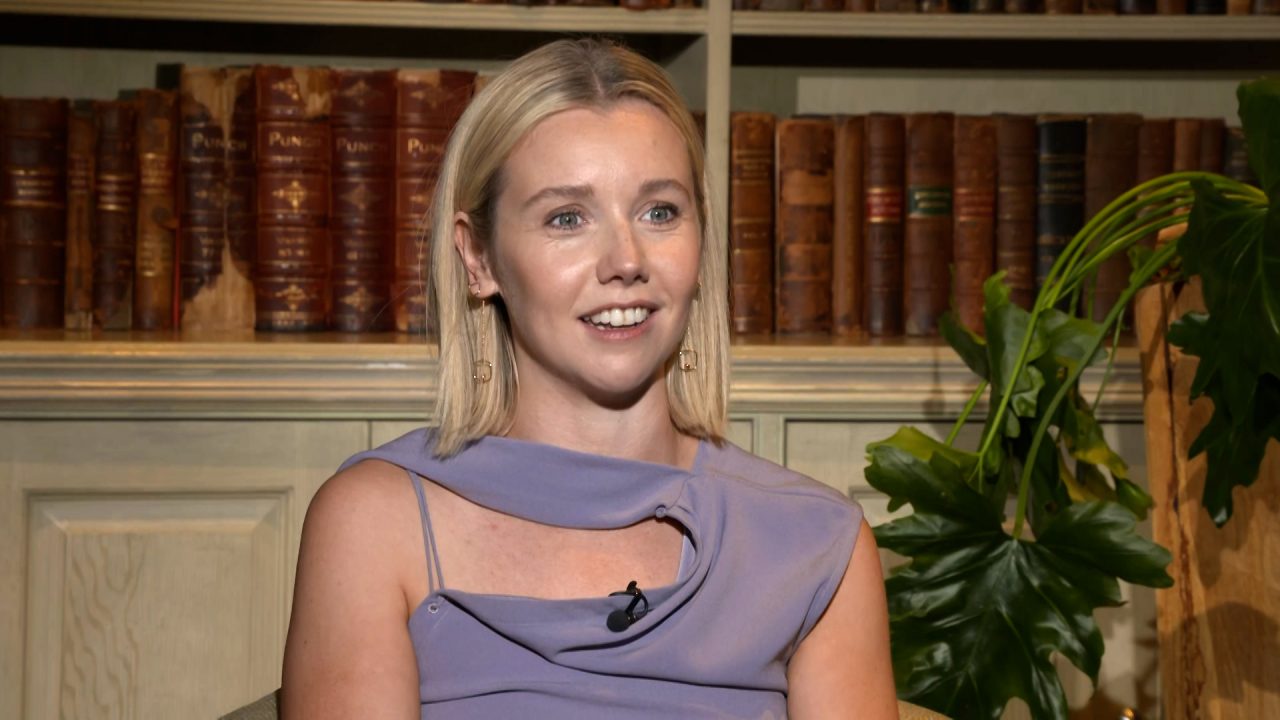 Lauren Lyle has to be one of the most exciting actors to come out of Scotland in recent years.

If you’re an avid Outlander fan, you’re sure to love her as Marsali Fraser. If you’ve never seen that drama (you should), you’re about to fall in love with her as she takes on the role of Karen Pirie, which begins on Sunday night on STV.

Karen Pirie is based on acclaimed author Val McDermid’s The Distant Echo, adapted by Emer Kenny, and Lauren was thrilled when she got Val’s seal of approval.

“It was like comfortably the best thing I’ve ever done in terms of a job,” she told me for STV entertainment show What’s On Scotland.

“I got quite a lot of control around who she was and creative input. She’s a loved, iconic book character, but this is Emer Kenny’s adaptation and it is off the back of Val’s incredibly well loved and successful books. When Val came to set, I checked, ‘we good on the accent? We good on the Fife? Are we good on the way she walks and talks?’, and she said ‘oh yes, Lauren’.”

Lauren has fully embraced the role of Karen, getting involved in many aspects of bringing the admirable DS to life on our screens. While Martin Compston’s Steve Arnott may have made waistcoats a thing again after wearing them in Line of Duty, Lauren and Karen could well be about to bring back tank-tops, or oversized vests, as she pointed out to me.

“I love the vests, they were my request! I think they work as she wants to level up to these men that she’s around in a male dominated industry.”

Karen Pirie tells the story of the murder of a young woman in St Andrews, which, after 25 years, is suddenly brought to light again thanks to a crime podcast.

Karen is assigned the case and, although dealing with a grim subject, Lauren brings a warmth to her character which takes you far beyond the crime.

“I think it was something we tried to balance. It is such dark material and it’s such a heavy subject manner, but we also wanted to breathe some fresh air into a detective.”

Aside from Lauren’s performance, one of the joys of Karen Pirie, which reminded me of watching Taggart in years gone by, was picking out the recognisable locations scenes filmed across Scotland, with much of it shot in St Andrews, where the series is set, as well as Stirling, Glasgow and Edinburgh.

But at the heart of it all is Lauren, and it’s not difficult to see why her performance as Marsali in Outlander has seen the character become such a hit with fans.

“She was never meant to be as big as she became and the books – she doesn’t exist for a lot of stuff that I’ve done and they took other characters storylines and gave them to Marsali to develop her and that’s so much to do with the fans.”

Somehow, I feel the fans will be wanting more Karen Pirie as well…