The Comedy of Errors takes to the stage in Glasgow. 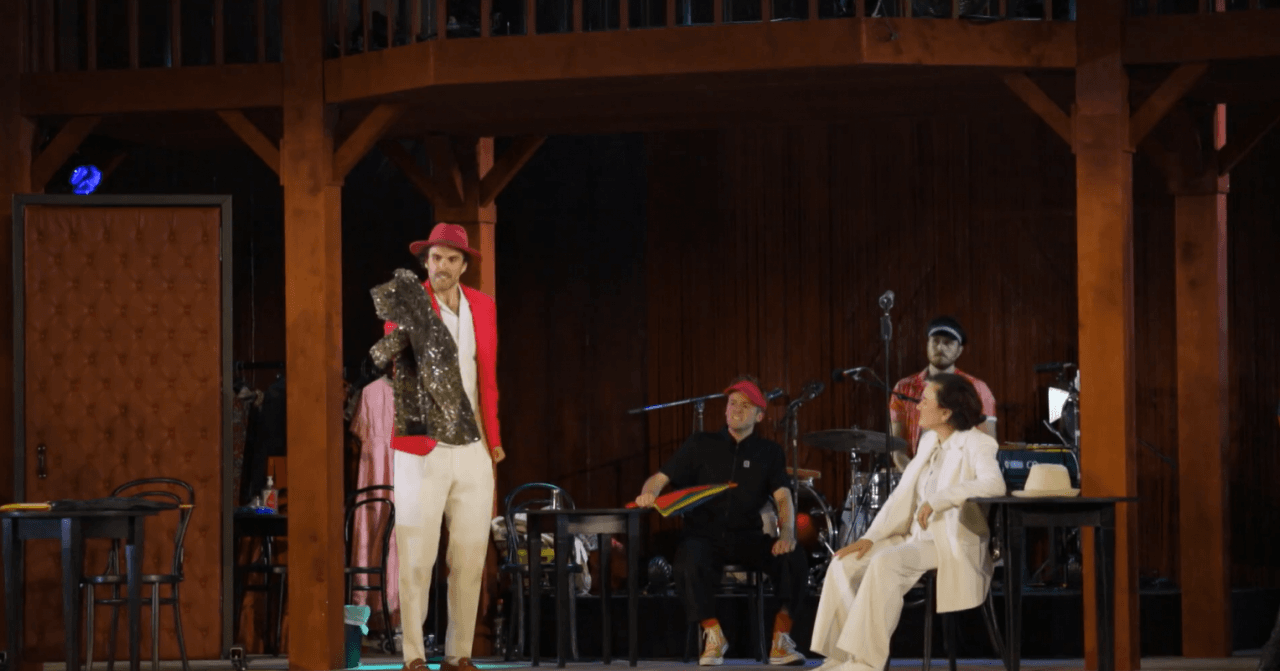 The middle of an industrial estate in Glasgow’s Maryhill might not be the place you would expect to take in some Shakespeare.

But that is exactly what you can do at Scottish Opera’s production base with outdoor festival Live at Number 40.

The Comedy of Errors is about to take to the stage.

Actor and singer Lorraine McIntosh told STV News: “It’s wonderful to be back on stage. There’s been a few bumps along the way but we’re in here and this will be the first time on stage since it began.

“I mean we’re hoping to be back with Deacon Blue soon, but this is the first time for me and it’s just fantastic.”

Lorraine described The Comedy of Errors as a play that celebrates life. Shakespeare wrote it after two years of plague and the performer hopes the production will make people glad to be together.

Director Dominic Hill said: “We’ve had a few bumps along the way due to covid like a lot of people that are trying to put on shows at the moment but we’ve come through them.

“Everyone’s safe and well and we’re all really excited and focused on opening the show tonight. We’re on till Saturday, we’ve got two shows a day so come and see us and I think that’s the main thing, we’re all loving putting on something live again.”

An audience member said: “It looks fabulous. It looks very welcoming and safely laid out.”

Another said: “It feels wonderful. It really is the experience that we all love and adore seeing real live performances. It really does make a difference rather than just being stuck in front of the TV all the time.”