Janey Godley: 'I'm ashamed of tweets but I'm not a racist' 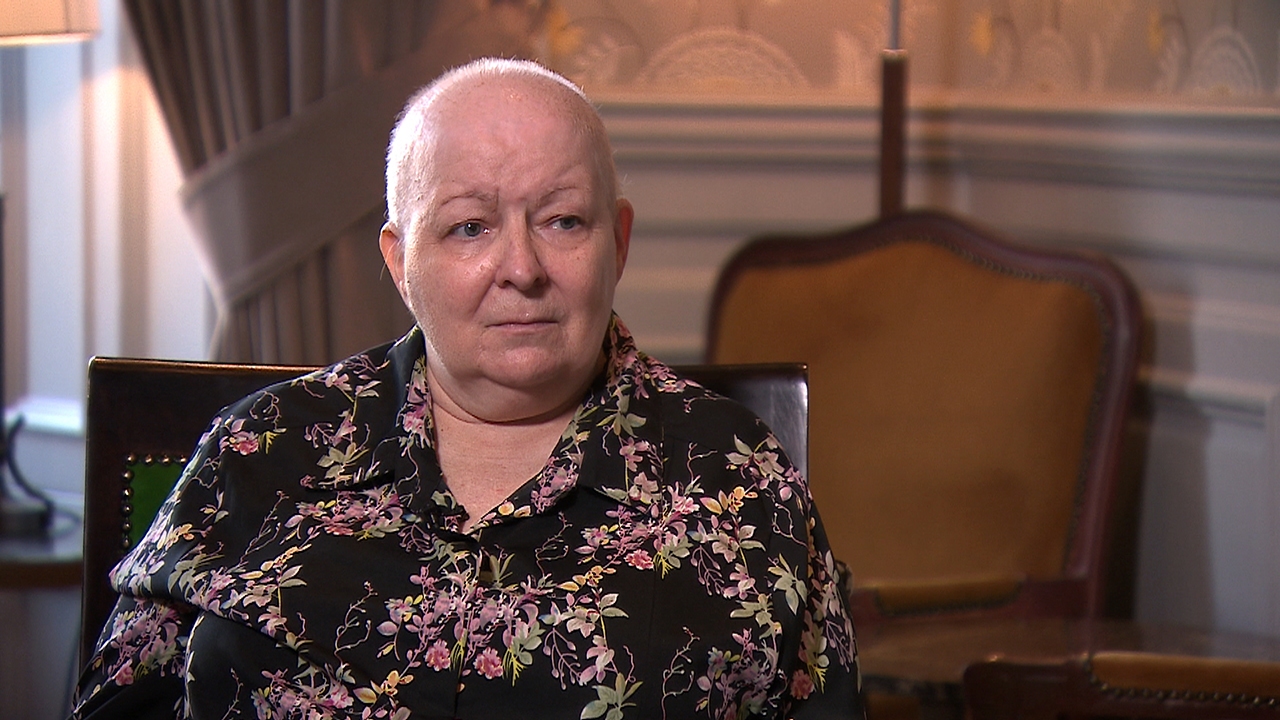 Janey Godley has insisted she is “not a racist” – six months after historic tweets emerged which brought her career to a standstill.

Gigs were cancelled and a Scottish Government Covid information campaign was pulled from the airwaves as the controversial comedian’s previously ‘in-demand’ status quickly waned.

But her fight to save her reputation gave way to a fight for her life in November when she revealed she had ovarian cancer.

“I really hurt people, I made people feel othered,” she told Scotland Tonight. “I made people so upset and said things which were really offensive and hurtful.

“I’m not the victim here – the victims are the people I hurt and it’s for them to consider my apology. I won’t ever stop being ashamed of what I said.”

She added: “I’m not a racist. I have never believed that people of colour deserve less than anything we have. I have supported Black Lives Matter, I have marched against fascists.”

Asked to recall her immediate thoughts when the old tweets emerged, she said: “Shame. And then realising that I had 11 years ago wrote things which I thought was just me commenting on a TV show (X Factor). It wasn’t. It was hurtful, shameful words which hurt people of colour.”

In a wide-ranging interview to be screened on STV on Wednesday night, Godley discussed why she posted the tweets, how close she came to taking her own life, her battle with cancer and her regret at accepting Scottish Government money.

“[I did it] because I thought people knew I’m not a racist,” she said. “You get to a point of privilege where you think you can say anything and people will take it at face value because they know you’re not a racist – you’ve marched for immigrants, you’ve supported refugees.

“It was wrong and that’s why I’ve apologised. I apologised immediately and profusely, and I’ll always apologise for that. I think that even back then, 11 years ago, there were words and phrases I did in comedy that I wouldn’t do now.”

Godley told Scotland Tonight that she considered suicide and credited the Samaritans with saving her life.

“I had a very bad night,” she recalled. “I’ve spent my whole life being ashamed and fighting – I fought off a child abuser when I was five…

“When I was faced with it [the tweets] the shame was overwhelming and I tried to… contemplated ending my life, and the Samaritans saved my life.”

The tweets were unearthed as Godley began appearing in Scottish Government public health adverts, for which she later donated her £12,000 fee to charity.

After the government described the posts as “a series of unacceptable tweets”, the Covid information campaign was withdrawn.

Looking back now, Godley believes her behaviour was held to a higher standard than politicians and “will always regret” accepting government money.

“The minute you take government money, you are absolutely right to be under a different scrutiny,” she said. “I should never have taken the money… people have got every right to go back into your history to see what they’re paying for.

Godley’s first novel is due to be released shortly and she hopes to start touring again next year, but first she is focused on her cancer battle.

“I’m going through chemo just now, so the symptoms are many and varied,” she said. “At the beginning, it really affected my mental health, which I wasn’t prepared for.

“But I’m feeling physically okay. I had a full hysterectomy, so hopefully everything has gone and I don’t have cancer anymore.”

Scotland Tonight is on STV and the STV Player at 10.40pm on Wednesday, March 30.

Anyone affected by the issues raised in this article can contact Samaritans on 116 123 or online at www.samaritans.org.