A number of buildings have been decked out in American flags ahead of filming. 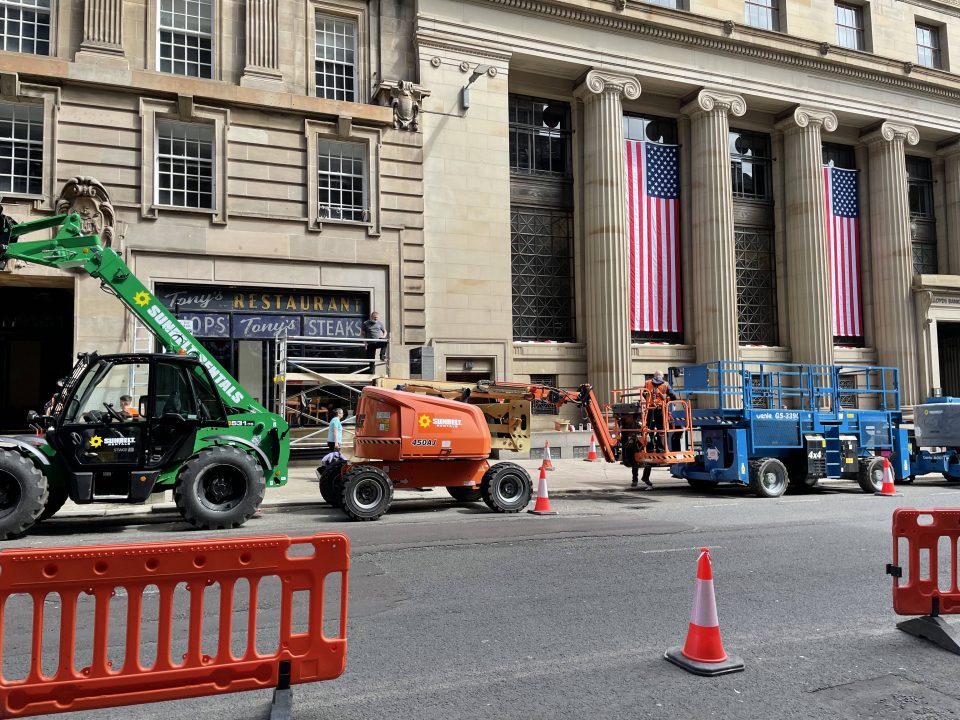 Glasgow city centre has undergone an American transformation ahead of filming for the new Indiana Jones movie.

A number of buildings close to George Square have been decked out with US flags in preparation for work on the fifth instalment of the franchise.

Filming has already taken place across a number of locations in the UK, including in Biggar, South Lanarkshire.

Hollywood legend Harrison Ford is set to reprise his role as the eponymous hero, following on from the character’s last outing in Indiana Jones and the Kingdom of the Crystal Skull, released in 2008.