How climate-friendly clubbing is heating up the dancefloor

Sensors beneath the dancefloor capture heat from clubbers and use it to power parts of the venue. 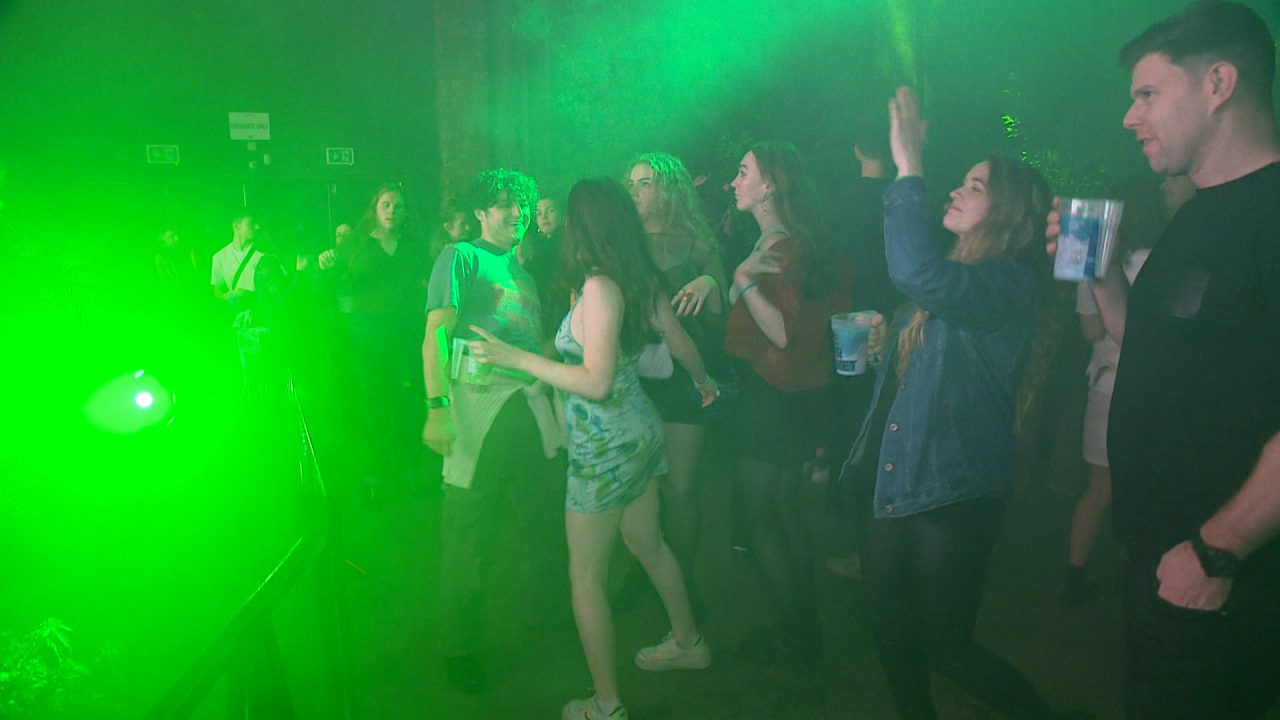 Just when we thought the COP26 climate conference was about to cool down, in one Glasgow nightclub things are really heating up.

In a world first, heat generated by clubbers is being captured by sensors beneath the floor to power parts of the venue.

The trial is taking SWG3 in Glasgow one step closer to its aim of becoming carbon neutral.

“I came up with the idea when I first came clubbing here,” says Bodyheat creator Dave Townsend.

“We basically came up with a system whereby we store people’s bodyheat, but it was very much on a whim.

“I’ve done a lot of clubbing, I know how much energy there is, and by chance I was able to pitch ‘Why don’t we use this energy as a source of renewable energy?’.”

The pioneering new system, which is being developed in Glasgow, is being installed in nightclubs across the world and could be used in other industries too.

“A lot of environmental projects seem to be a little bit out of reach,” says Andrew Fleming-Brown, the director of SWG3, which hopes to use the technology permanently from next year.