Images showed the car stopped at the side of a snowy road, with the bumper destroyed and front wheels removed. 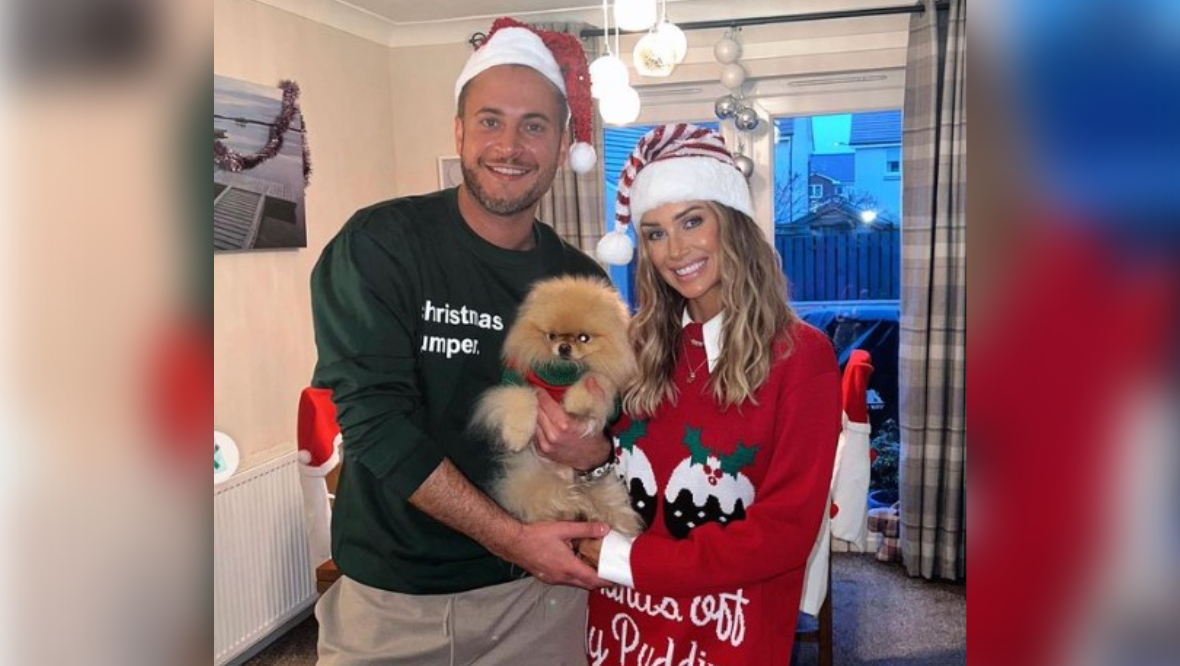 The incident occurred while the actor was in Scotland to spend the festive season with his girlfriend Laura Anderson, who rose to fame on Love Island.

The soap star, 41, posted two pictures of a wrecked Range Rover to his Instagram story on Tuesday commenting: “Someone was watching over me today.”

Images showed the car stopped at the side of a wet road, with the front bumper destroyed and front wheels removed.

Anderson shared a collage of the day, including Christmas photos, as well as the dad-of-four lying in a hospital bed with a swollen knee.

Re-sharing the image on Instagram, Lucy wrote: “Huge thank you to all at Glasgow Royal Infirmary Hospital.”

He added: “And to one special nurse in particular… @lauraanderson1x.”

The pair appeared and met on the Channel 4 show Celebs Go Dating.

Lucy is known for playing Luke Morgan in Hollyoaks, Danny Pennant in EastEnders and Kyle Pascoe in Footballer’s Wives.