The show is an all singing, all dancing pop musical comedy, written by Sara Bareilles and Jessie Nelson. 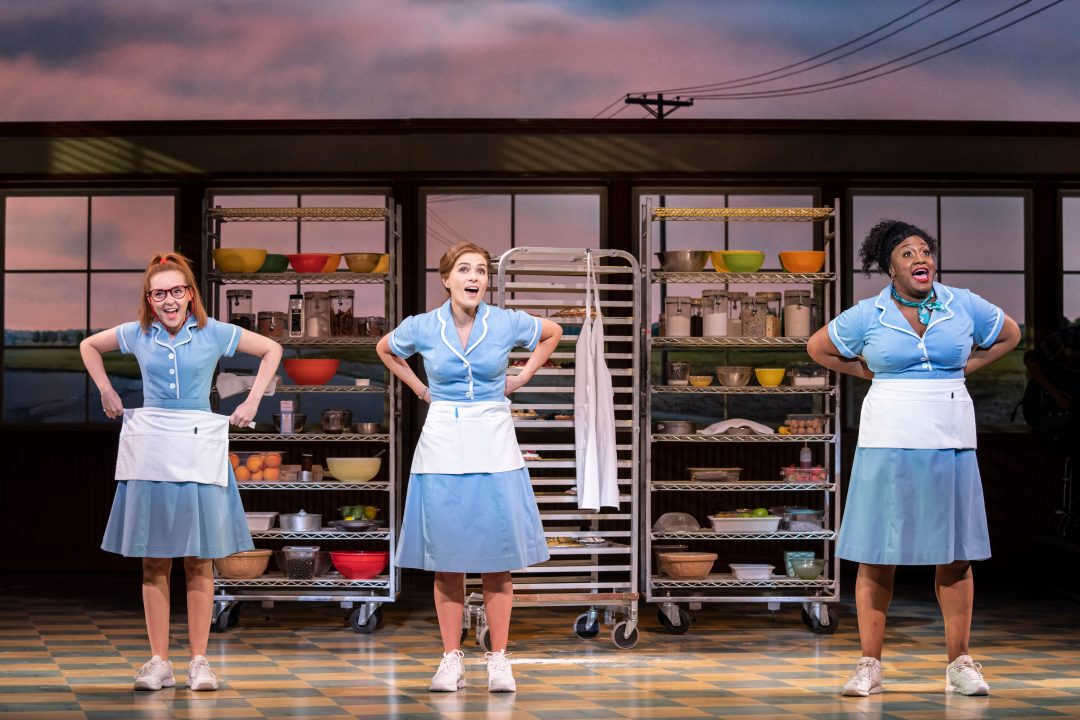 Hit musical Waitress is currently serving up a slice of musical magic in Glasgow’s Kings Theatre.

The show is an all singing, all dancing pop musical comedy, written by Sara Bareilles and Jessie Nelson, centred around a waitress called Jenna who is stuck with a deadbeat husband.

With her two best friends, and fellow waitresses by her side, she discovers she’s pregnant which leads to a trip to the doctor, played by Busted star Matt Willis.

“She meets a gynaecologist called Doctor Pomatter who is also married and they fall in love and have a bit of a sordid affair, which makes him sound like a terrible man but for some reason you like him – I hope! That’s my job.”

This is Chelsea’s first time on tour with a show in Scotland and she has been overwhelmed by the crowd reaction so far.

“What a way to start the week. It’s been full to the brim and the reaction we got was brilliant.”

It’s a modern musical with an old school format that hits the right note- hilarious moments courtesy of characters Ogie and Dawn, home truths from worldly wise, no-nonsense waitress Becky and songs that will tug at the heart strings, namely epic power ballad Used to Be Mine. One to definitely get on in the car and belt out on the way home.

Chelsea believes the show has the recipe for success because people can relate to it – everyone is flawed and there are enough of those elements to counteract the saccharin other shows may be guilty of.

But don’t be mistaken, this is a musical that really will make you smile.

As Chelsea explained: “You feel love, you feel really happy but also I think you will really laugh and after the past two years we’ve had, I think that’s really important.”

Matt agreed: “I think this is one of those shows where you’re really given the license to just go for it and I think within 30 secs to a min of the show, you know where you are and you know you are in a safe space to have fun.”

While it’s Chelsea’s first time in Glasgow, Matt’s lost count of the number of times he’s performed here, having toured with both Busted and McBusted north of the border multiple times over the year.

“We have always tried to start tours in Glasgow because they set a very high presidence for what’s going to happen.

“Although I’ve been told they like to heckle at the theatre? I haven’t experienced that yet so I’m hoping for some! Actually, I shouldn’t say that, but I like all that!”

Be careful what you wish for, Matt!

Matt is relishing every moment as he admitted acting is what he loves best, although that doesn’t mean he’s said so long to Busted, with plans for new music being worked on as we speak.

But for now, he’s content with singing a different kind of song and thinks Waitress has the recipe for success when it comes to catchy tracks.

He joked: “If you don’t go away singing ‘sugar, butter, flour for the next month, I’ll be very surprised.”

The show runs at Glasgow’s Kings until Saturday, before moving to the Edinburgh Playhouse next week.