The community of Kilchoan, in Ardnamurchan, was overjoyed by the Sudanese-British presenter's victory. 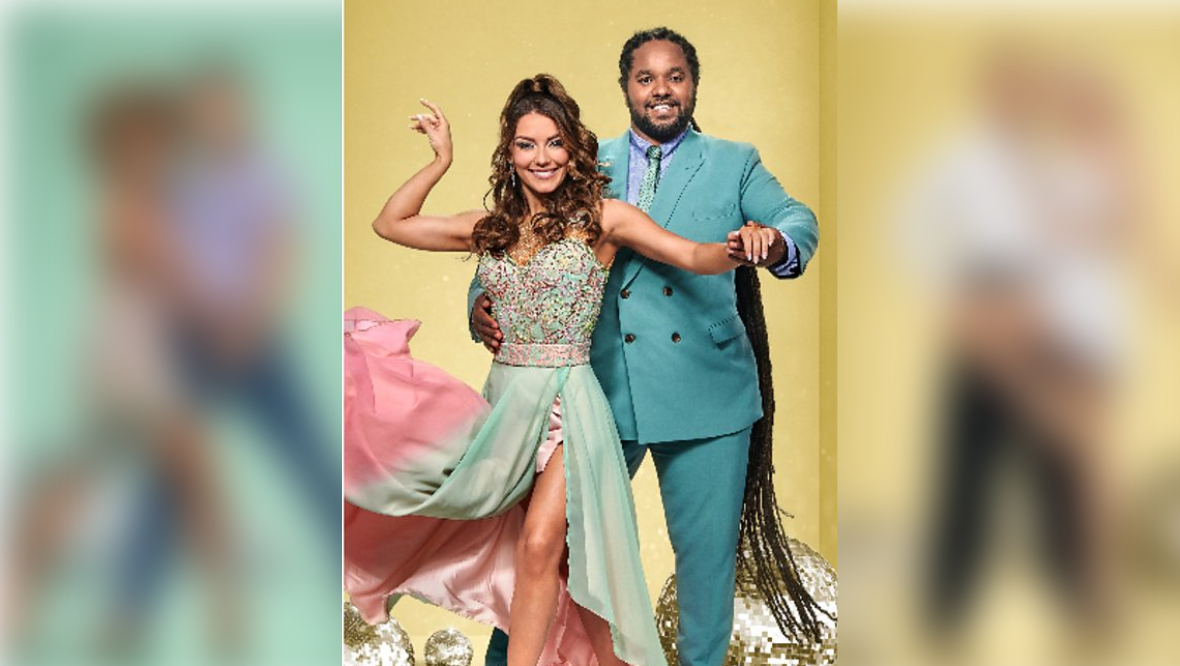 The 32-year-old wildlife cameraman and presenter beat three other couples – Fleur East and Vito Coppola, Molly Rainford and Carlos Gu, and Helen Skelton and Gorka Marquez – to lift the glitterball trophy on Saturday.

An emotional Yassin said: “It’s hard to describe how I feel…Jowita you are an angel disguised as a human being.”

Przystal said he came into the show with “pigeon toes” and she was honoured to help him win.

The community of Kilchoan, in Ardnamurchan, was overjoyed by the Sudanese-British presenter’s victory.

Footage shared to social media showed an almighty cheer once the victors were crowned.

The post – shared to the Kilchoan Community Hall page – stated that they may need to do some fundraising to repair the roof because “ours has blown off”.

It added: “To say that everyone in the hall was over the moon would be an understatement. Hamza Yassin and Jowita Przystal you have been a joy to watch, every week you’ve grown and it’s clear the entire country can see just how amazing you are.

“Well done!! We can’t wait for you to bring the glitter ball home!!”

Angela Campbell was among dozens packed into the hall to watch the final.

“The atmosphere has been amazing for the last few weeks, everyone has been coming down to watch.

“Everyone is so proud of Hamza, we were so happy to see him win.”

During the last show of the series, all couples had to perform a routine chosen by the judges, their own favourite dance and finally a show dance.

After the three advisory scores were given by the judges, East and Coppola were top of the leaderboard with 119 points, with Skelton and Marquez coming second on 116 points.

Rainford and Gu received a total of 115 points, and Yassin and Przystal came bottom on 113 points.

But the public vote ultimately decided who lifted the coveted glitterball trophy for 2022.

Yassin faced a tough final with Przystal as they were criticised for mistakes in their second dance, Let’s Face The Music And Dance by Irving Berlin.

He was tearful as head judge Shirley Ballas said: “Well it was the first time…I saw a little panic, it went wrong… What I applaud is you were able to hit that high lift in the end.”

But he recovered in his final dance of couple’s choice to Jerusalema Remix by Master KG featuring Burna Boy and Nomcebo Zikode, and received a standing ovation from Ballas.

Anton Du Beke said: “I get really emotional watching you dance because it’s like the clouds part when you come onto the floor and the sun comes out. You bring a smile to everyone’s face.”

Yassin also earned his first perfect score on his last dance of the competition.

His performance of the judges’ pick routine, a salsa to Ecuador by Sash! featuring Rodriguez, also won him praise and standing ovations from Ballas and Motsi Mabuse.

Ballas said: “Your lifts went higher, your turns were spot on… I thought you were fantastic.”

TV presenter Skelton and her partner Marquez wrapped up the competition with their dance to Mein Herr by Liza Minnelli (from Cabaret), earning them their only 40 points of the night.

They got standing ovations from judges Ballas and Mabuse – and shouts of “Helen, Helen” from the crowd.

Their show dance to Shine by Emeli Sande and jive to Tightrope by Janelle Monae at the request of the judges also got high scores.

Singer and radio DJ East, 35, received widespread praise from the judges for all of her performances, with two perfect scores for her samba to Hot Hot Hot by Arrow, the judges’ pick, and her couple’s choice to Destiny’s Child megamix.

Presenter and singer Rainford was seen as one of the most improved by the judges for her quickstep to Love On Top by Beyonce as her judges’ pick, rumba to All The Man That I Need by Whitney Houston as her favourite and show dance to a mix of Kiss and 1999 – both by Prince.

When she danced to Houston, Mabuse said: “(That) was class… and I know one day we will be looking (at you in the future) and we will be like ‘we know that girl, she started on Strictly, look at the superstar.’ It’s coming for you, don’t wait.”

Over the course of the competition, each of the finalists topped the Strictly leaderboard at some point – Yassin five times, East and Skelton twice and Rainford once.

East and Rainford found themselves having to fight for their place to stay in the dance-off four times each, while Skelton and Yassin avoided that fate during the whole series.

The final also saw performances from Florence And The Machine and the Strictly 2022 competitors who lost out on a place in the final.