In an extract leaked to The Guardian newspaper, Prince Harry alleged the confrontation took place in 2019. 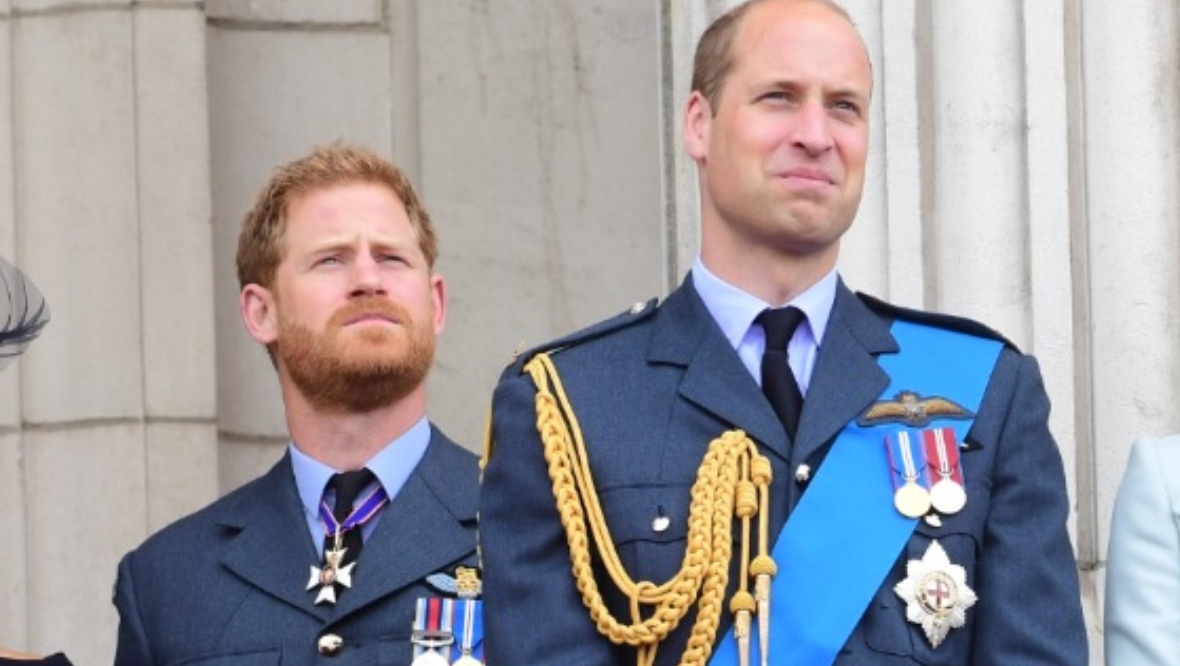 Prince Harry has reportedly claimed that he was physically attacked by his brother over his marriage to Meghan Markle in his upcoming book, Spare.

In an extract leaked to The Guardian newspaper, the Duke of Sussex alleged the confrontation took place at his London home in 2019 and had left him with a visible injury to his back

He said the Prince of Wales grabbed him by the collar and ripped his necklace, before knocking him to the floor.

According to The Guardian, the “extraordinary scene” is “one of many in Spare”, which is due to be published on January 10.

The newspaper said it was able to obtain a copy despite “stringent pre-launch security around the book”.

It goes on to say that, according to Harry, his brother had wanted to discuss the “whole rolling catastrophe” of their relationship and struggles with the press.

However, when William arrived at Nottingham Cottage – where Harry was then living – in the grounds of Kensington Palace, the Prince of Wales was already “piping hot”.

“After William complained about Meghan, Harry writes, Harry told him he was repeating the press narrative and that he expected better,” The Guardian reports.

“But William, Harry says, was not being rational, leading to the two men shouting over each other.

“Harry then accused his brother of acting like an heir, unable to understand why his younger brother was not content to be a spare.”

Insults were then said to have been exchanged between the two men, before William claimed he was trying to help, claims which Harry found incredulous, and informed his brother of such – angering William.

So much so, Harry reportedly writes, the Prince of Wales swore and stepped forwards, scaring him.

He writes: “(William) called me another name, then came at me. It all happened so fast. So very fast. He grabbed me by the collar, ripping my necklace, and he knocked me to the floor.

“I landed on the dog’s bowl, which cracked under my back, the pieces cutting into me. I lay there for a moment, dazed, then got to my feet and told him to get out.”

Harry writes that William urged him to hit back but he refused, and the elder brother apologised shortly after.

William had then told his brother not to tell Meghan about the confrontation, resulting in Harry saying: “You mean that you attacked me?”, to which William responded: “I didn’t attack you, Harold.”

Harry said he did not immediately tell his wife but she had noticed “scrapes and bruises” on his back.

Earlier in the memoir, the duke reportedly elaborates on the story behind the book’s title, Spare. According to The Guardian, he recounts what his father said to Diana, Princess of Wales on the day of his birth.

His father, Harry claims, told Diana: “Wonderful! Now you’ve given me an heir and a spare – my work is done.”

The duke’s book claims come after the release of a teaser trailer from an ITV interview in which Harry said he wants his father and brother back.

The show, called Harry: The Interview, will be broadcast on STV and the STV Player at 9pm on Sunday January 8.