Set designers have been transforming the city with Christmas decorations ahead of filming later this month. 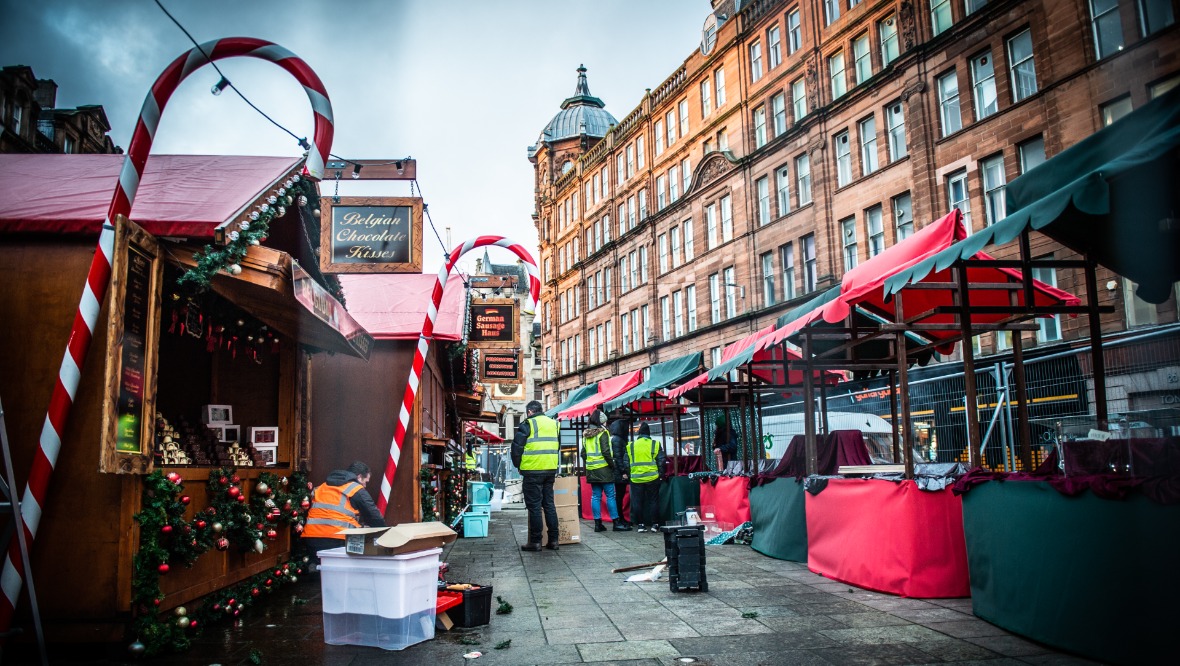 Glasgow has been transformed into Gotham City as filming for the new Batgirl movie is set to get under way.

On Tuesday, set designers could be seen building a Christmas market in the Trongate area of the city as festive decorations were hung in shop windows.

Shopfronts have also been covered over to become diners and comic book stores, with street names painted over ahead of filming.

Leslie Grace, who will take on the title role of Batgirl, has been spotted in Glasgow ahead of filming, posting a video on her Instagram in the snow.

Brendan Fraser and JK Simmons are also set to star in the film, which will focus on Barbara Gordon, the daughter of Gotham police commissioner Jim.

The movie, expected to debut on the HBO Max streaming service in 2022, will be directed by Bad Boys For Life filmmakers Adil El Arbi and Bilall Fallah.

Glasgow City Council leader Susan Aitken said Batgirl will be the first production to be entirely filmed in the city.

“A production of this scale will spend in the reign of £1m a day in our city centre in restaurants, hospitality and hotels and shops,” she said, adding that production would help the city’s economy following the coronavirus pandemic.

“It’s also really important for the many people who work in the film industry in Scotland.

“And a film like this, you’re looking at a minimum of 250 people a day but up to as many as 1000 people a day that they’re employing on these films so that’s a pipeline of work for a lot of people.

“The timing of it really couldn’t be better for supporting the city’s economic recovery.”

While Aitken said production will impact on residents, she added that the movie was an “exciting” opportunity for Glasgow.

“I think we can expect this to be a presence in our city for the coming weeks going into the coming months.

“I think Glaswegians love seeing the city on the big screen.”