Isla Neil hit the headlines after channelling her favourite heroine to get a glimpse of the Batgirl movie set in Trongate. 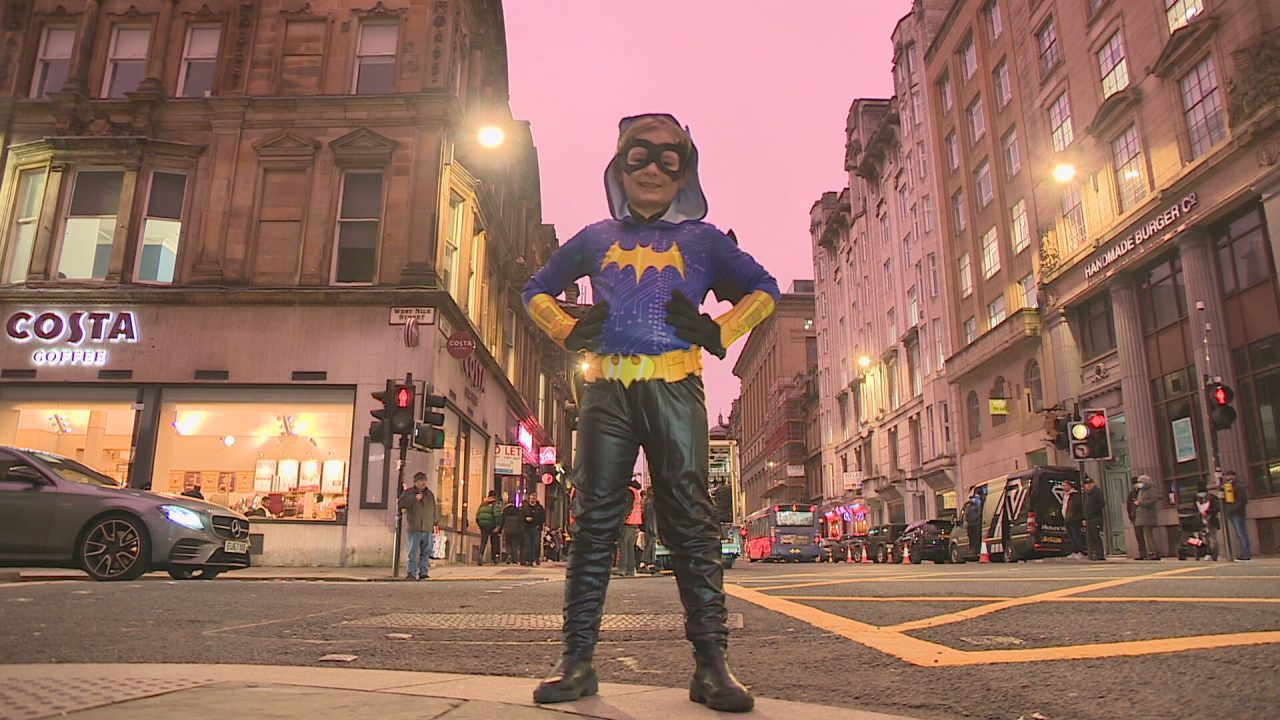 An eight-year-old girl has been hitting the headlines after dressing up as Batgirl to visit the film’s movie set in Glasgow.

Isla Neil, who was joined by her dad, channelled her favourite heroine to get a glimpse of movie crews transforming the city’s Trongate into Gotham for the new DC Comics instalment.

Photographers in the area, hoping to capture a shot of one of the stars of the film, soon turned their attention to Isla and the next day she found her pictures in newspapers, including the front page of The Herald.

Isla’s Batgirl photoshoot even captured the attention of the film’s director, Adil El Arbi, who reposted the picture claiming that Isla was the “coolest Batgirl”.

Delighted Isla told STV News: “It was so cool when the director said that. I was so excited.

“I love her [Batgirl’s] costume and I love that she saves the day.”

Proud dad, Alsatair, added: “I was so chuffed and she was delighted.”

With the full movie being shot in the city; the pair plan to make more trips to set, with Isla hoping to get a picture with leading lady, Leslie Grace.

Her dad added: “I can’t believe this full movie is getting filmed here.

“When we watch the movie together she can say ‘I saw them film this scene and that scene’ and it’s just special memories.

“We’re going to get a canvas printed up with the pictures on it.”