From Glass Cow to first ever live show at Edinburgh Fringe

Social media star Paul Black is performing live for the first time ever at the Fringe. 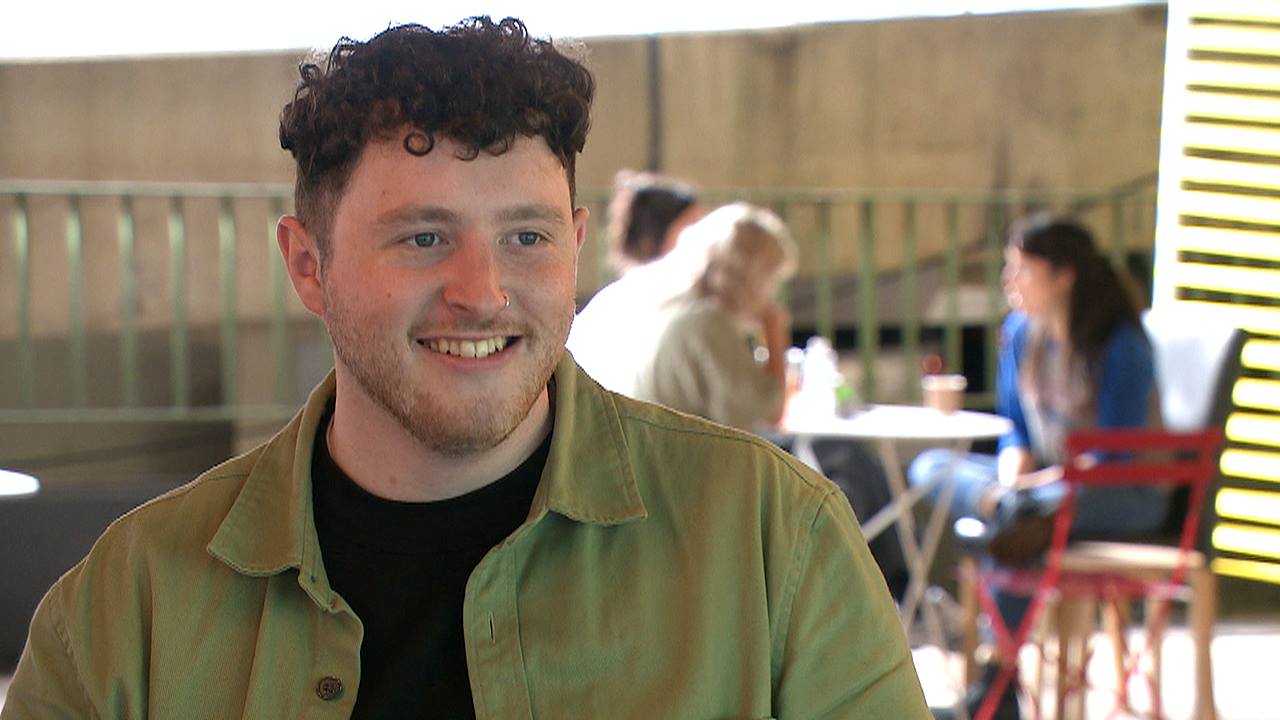 A performer faced a daunting opening night at the Edinburgh Fringe – because it was his first ever live show.

Paul Black’s hilarious Scottish sketches have amassed millions of views across social media, including his portrayals of a starry-eyed American tourist in Glasgow – or “Glass Cow” in the words of his character.

And on Wednesday night at the world’s biggest arts festival, he made his stage debut.

“Initially, I was really nervous, but I’m really excited about it,” he told STV’s Scotland Tonight ahead of the two-night run.

“I think a lot of people will be surprised I’ve never done live before, but everything I do I shoot in my bedroom and I like the safety of that.

“Now, I’m stepping into the unknown and it scares me, so I suppose I should do it – that’s what they say.”

Paul is performing at Multistory – a car park that’s been transformed into a festival venue.

“It sounds like a club or something, but it is a car park, a gorgeous one.”

His show is called Worst Case Scenario and the Glaswegian star braced himself for exactly that, even though both his shows sold out.

“I did think ‘what if everybody who’s bought a ticket doesn’t come?’. What if they’re in a big group chat and they’re all like ‘we’ll all buy tickets so he thinks he’s sold out and then not come?’.

“Hopefully not. It’s what you call Worst Case Scenario thinking – the name of the show!”

Favourite characters such as Ghost Boy and Paul’s much-loved take on his mum will make an appearance.

And with his mum in the audience, what does she make of his impressions of her?

“She is very supportive and she would kill me if I acted like she wasn’t, but I think sometimes she doesn’t really get it,” Paul said.

“Quite a bit of the show actually is about how my mum doesn’t really get it, but she’s just like ‘aw that’s nice. It’s good you’re doing yer wee hing. Aw that’s nice!’.

“But I think one day she’ll really appreciate it. She has a big part to play in my patter.”