The singer treated patrons of the Horseshoe Bar in Glasgow to a special performance of Spirit in the Sky. 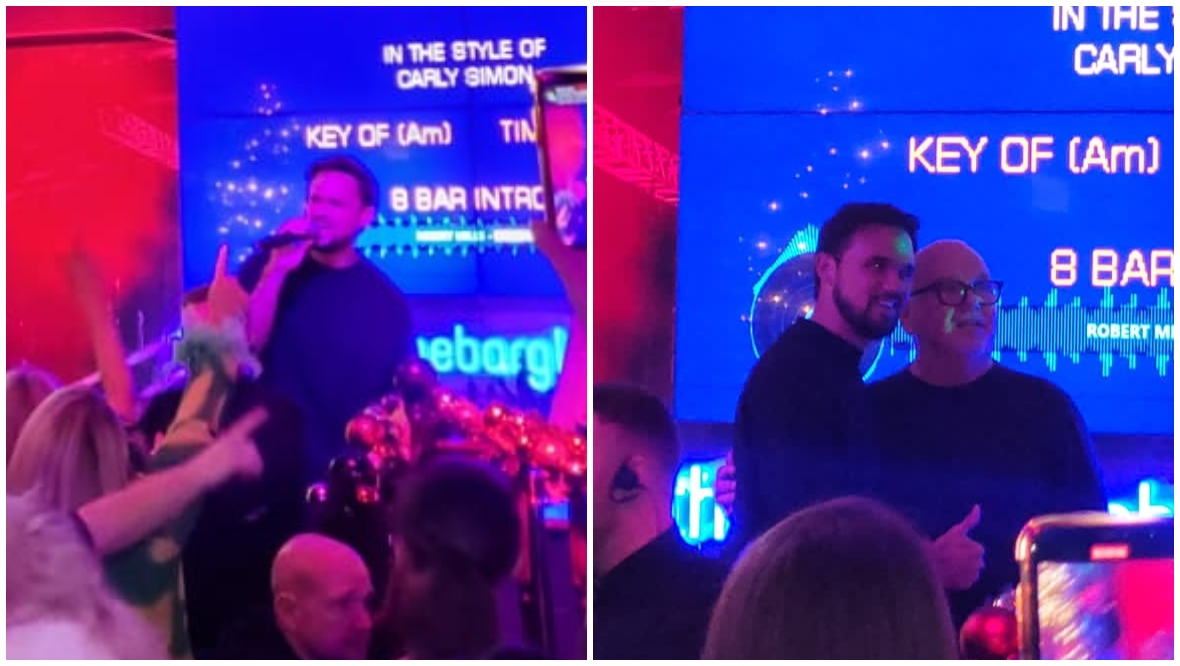 Popstar Gareth Gates surprised patrons at a Glasgow karaoke bar with a special performance as he performed one of his hit singles.

The Pop Idol runner up took to the stage at the Horseshoe Bar on Sunday evening and belted out his number one single Spirit in the Sky, originally released in 2003.

The 38-year-old rose to fame in 2002 when he appeared on the hit talent show, eventually finishing runner up to Will Young.

Sharing footage of the singer’s shock performance on their Facebook page, the bar revealed he “popped in” after performing at the Go Radio Christmas Sparkle Ladies Lunch earlier in the day.

They wrote: “Karaoke off with a bang on this Sunday, any guesses on the singer?

“The one and only Gareth Gates!

“He popped in on his way by, must have heard about the best karaoke venue in the world.”