The public announcement was made on the BBC Radio 2 Breakfast Show on Friday, August 12. 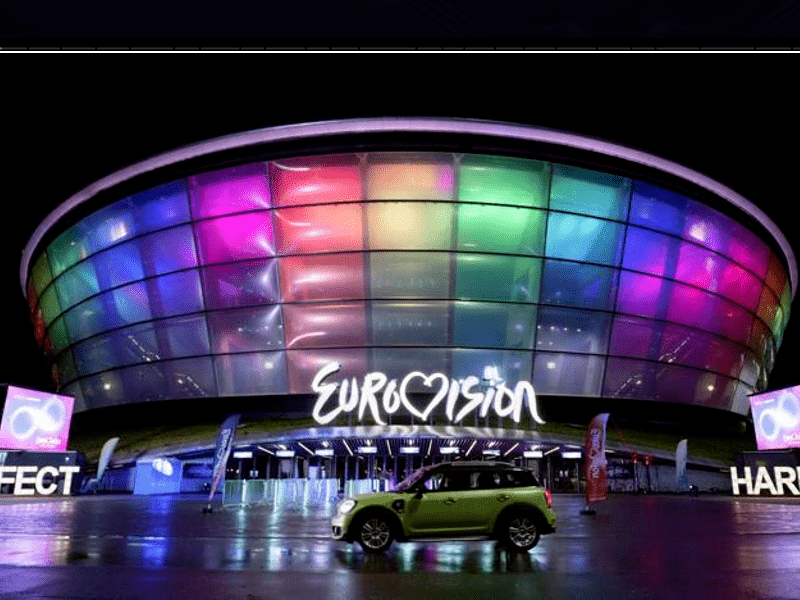 Glasgow has been announced as the only Scottish city to be shortlisted to hold the Eurovision Song Contest.

Announcing the shortlist on the BBC Radio 2 Breakfast show on Friday, Scott Mills announced the seven cities which will now move to the second and final stage to decide where the contest will be held.

Aberdeen and Edinburgh both also put in bids to host the contest, but failed to make it through to the second stage.

The cities were shortlisted based on their ability to meet a set of minimum requirements that demonstrate they have the capacity, capability and experience to host an event of this scale and complexity.

The shortlisted cities will now be asked to develop their bids in more detail.

Councillor Susan Aitken, Leader of Glasgow City Council, said: “We’re delighted to progress to the next stage of the process. Delivering such a unique event in such a short timescale presents a challenge, but Glasgow has an unrivalled track-record for successfully hosting major global events and we’re confident we can present a Eurovision that reflects a true celebration of Ukrainian culture.

“As the UK’s first UNESCO City of Music – a title we share with Ukraine’s second-largest city, Kharkiv – Glasgow offers one of the most immersive live music experiences in the world and international visitors regularly cite our enviable music credentials as a reason for coming here.

“Add to that our OVO Hydro, which is consistently ranked in the world’s top five entertainment arenas, and our famously warm Glaswegian welcome, and we tick all the boxes for hosting a show that the Eurovision community, and the world, will long remember.”

Scottish Secretary Alister Jack said:  “It’s a great privilege for the UK to honour Ukraine by hosting Eurovision 2023. I’m backing Glasgow all the way to bring the contest to Scotland.

“After the huge success of COP26 we know our biggest city can deliver the biggest events in the world.”

As a result of the conflict in Ukraine, the UK was given the chance to host Eurovision for the ninth time – more than any other country – after their 2022 entrant Sam Ryder came second in the competition.

It is expected that the host city will be announced in the autumn.

Posting on Twitter, First Minister Nicola Sturgeon wrote: “It’s got to be Glasgow!”

However, others were left disappointed to see their city miss out.

Jackie Dunbar, MSP for Aberdeen Donside, said the city failing to make the Eurovision shortlist was a “blow”.

She tweeted: “Disappointed that Aberdeen and our brilliant @PandJLive have not been shortlisted as possible hosts of #Eurovision. We have the venue, @ABZ_Airport, and enough hotels so to miss out is a blow. The economic benefit to the city and shire would have been immense.”

Speaking previously about the UK being given the chance to host the contest, Ryder, 33, said: “It’s Ukraine’s party, we’re just inviting them to throw it at our house.

“I know how much it meant to Kalush and the Ukrainian delegation that it would be held at home in Ukraine next year.

“I’m not the only one whose heart is heavy knowing that that can’t be the case at this moment in time.”