A look back through the decades in the Dales from the devastating plane crash to the woolpack explosion. 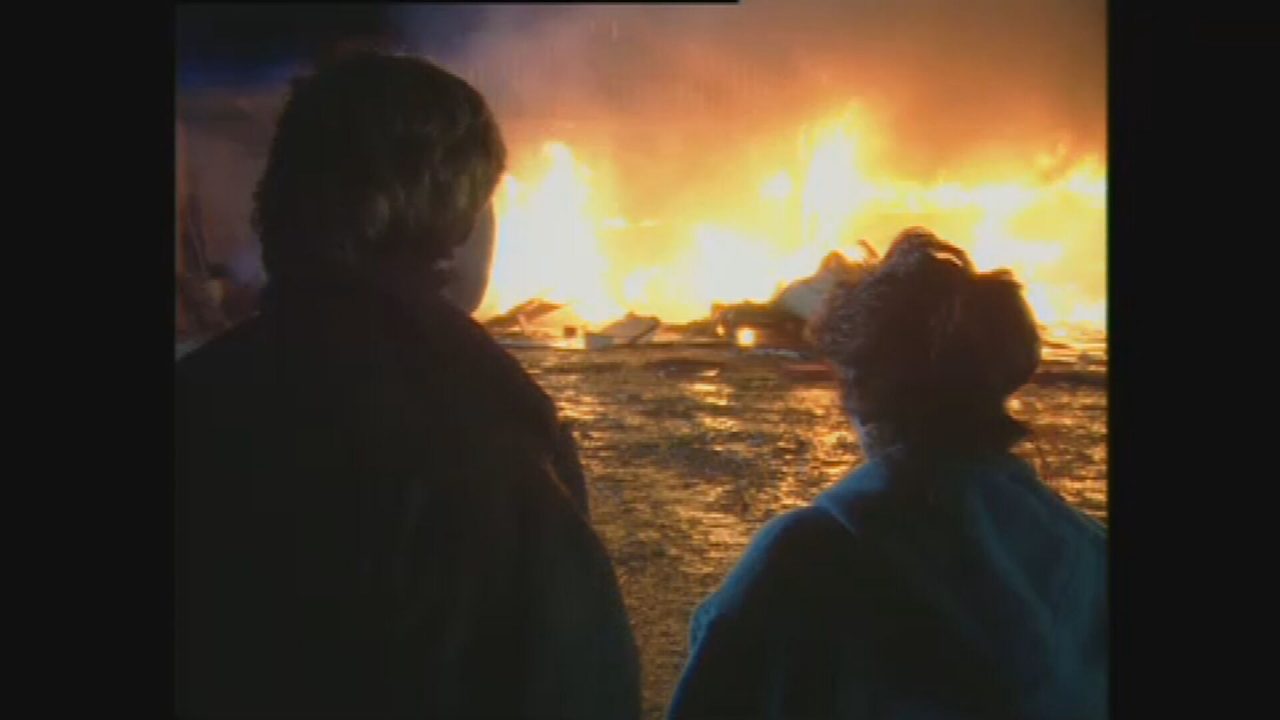 Life is certainly not quiet in the country.

Emmerdale has been one of the UK’s most popular soaps since it first appeared on our screens in 1972.

Since then, the sleepy daytime afternoon series about a rural town has become the award-winning, ratings-busting, peak-time drama that we know and love today.

Over the years more than 8,000 episodes have been produced; there have been 74 weddings, 43 births and 105 deaths and countless family feuds, fires and fights.

The show has had many a memorable moment. Here’s a look back through the decades in the Dales.

The first episode of Emmerdale aired on October 16, 1972.

At the time the show was known as Emmerdale Farm – that would change when it moved from daytime to a peak-time slot in the 1980s.

The very first episode introduced the Sugden family as they gathered in the fictional village of Beckindale for the funeral of a relative.

In 1993 a plane crashed into Beckindale, killing four characters and destroying much of the village.

The incident is regularly mentioned as the show’s most shocking moment – and it gave the soap its highest ever audience share with 18 million viewers tuning in.

Shortly after this the village, previously known as Beckindale, was renamed Emmerdale in tribute.

Also in 1993, Emmerdale vet Zoe Tate became the first regular lesbian character in a British soap. Her coming out has been described as a pivotal moment.

A terrible storm caused havoc on New Year’s Eve 2003, taking the life of Tricia Dingle. As she walked across Main Street, a bolt of lightning hit The Woolpack and a whole section of wall fell on top of her.

In 2021, two characters were left fighting for their lives after the Woolpack pub exploded, blowing out all the windows and doors.

And that drama shows no sign of slowing down; this October will see even more dramatic storylines introduced.

The show will be celebrating its golden anniversary for the next few weeks, so viewers are in for an entire month of shocking stories and spectacular stunts – including an hour-long special on Sunday, October 16 – exactly 50 years to the day since the first episode aired.

“The stories I think are getting quite dramatic. The dramatic license has got larger, which I’m loving,” said Nicola Wheeler, who plays Nicola King on the show.

‘It’s got comedy, drama and it touches people’s hearts’

The centrepiece of the anniversary month will be a massive storm which causes chaos for residents.

“I can’t say too much but what I can say is that there’s so much going on,” said Daisy Campbell, who plays Amelia Spencer in the soap.

She added: “Most of all the cast are involved and there’s a lot of sad times and also a lot of happiness – and I think a lot of people will be surprised.”

Emmerdale has come a long way over the last five decades.

The show’s ratings have built and with the arrival of the Dingles family – one of the biggest and most popular families – as well as the introduction of high-profile actors, it has firmly cemented its position as one of television’s most popular programmes.

“I think it’s a show that’s got a lot of comedy, a lot of drama, it touches people’s hearts,” said actor Tony Audenshaw.

“They like the characters, and they like the fresh air as well. Some people say “it’s the only fresh air I get, a bit of Emmerdale!” because we have that amazing village set.”

Emmerdale: 50 Unforgettable Years will air at 6pm on STV.