The actress and Johnny Mac will perform this Christmas at the King's Theatre in Glasgow. 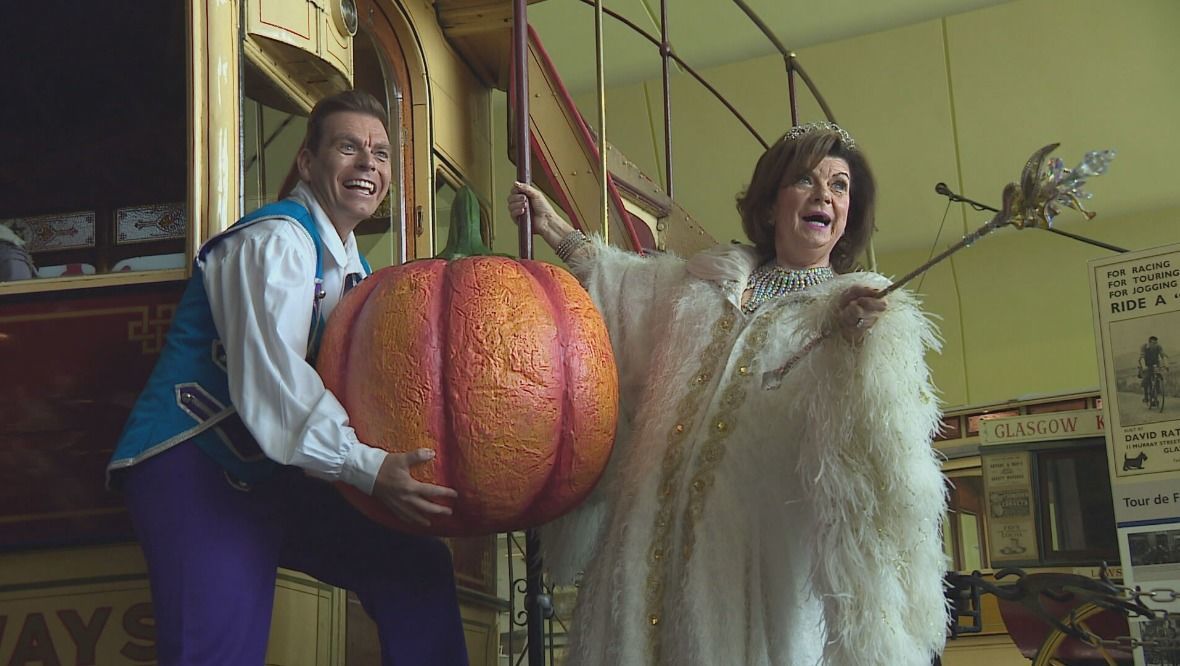 Oh, yes it is – after a year off, the King’s Theatre pantomime is back.

Elaine C. Smith and Johnny Mac are set to return to the Glasgow stage in Cinderella, with Smith saying she “probably will be a bubbling wreck on opening night”.

Understandable, given the much-loved actress hasn’t been back on stage since 2019.

The comedian told STV News: “I probably will be a bubbling wreck on opening night because I’m just trying to hold any emotion I’ve got about it.”

For Mac, however, the past few months have seen him return to treading the boards, appearing at the Hippodrome Circus in Great Yarmouth.

Speaking at the panto’s press launch at Glasgow’s Riverside Museum on Tuesday, Mac said: “You can feel the buzz right from the beginning of the show, whereas sometimes in performances it takes 10-15 minutes to sell in, but everybody’s up for it and so happy to be back and you can feel the joy and the light.”

And the pair agreed that while they can’t wait to be reunited in this fun-filled show, they think a couple of hours of laughter will do many of us the world of good.

Smith said: “The need for people to assemble, to gather, is a real human trait.

“To all be in one place – all enjoying the same thing hopefully at the same time – I think, for me, that is what people can expect.”