The capital is abuzz with excitement as the world-renowned festivals return after a pandemic-forced break last year. 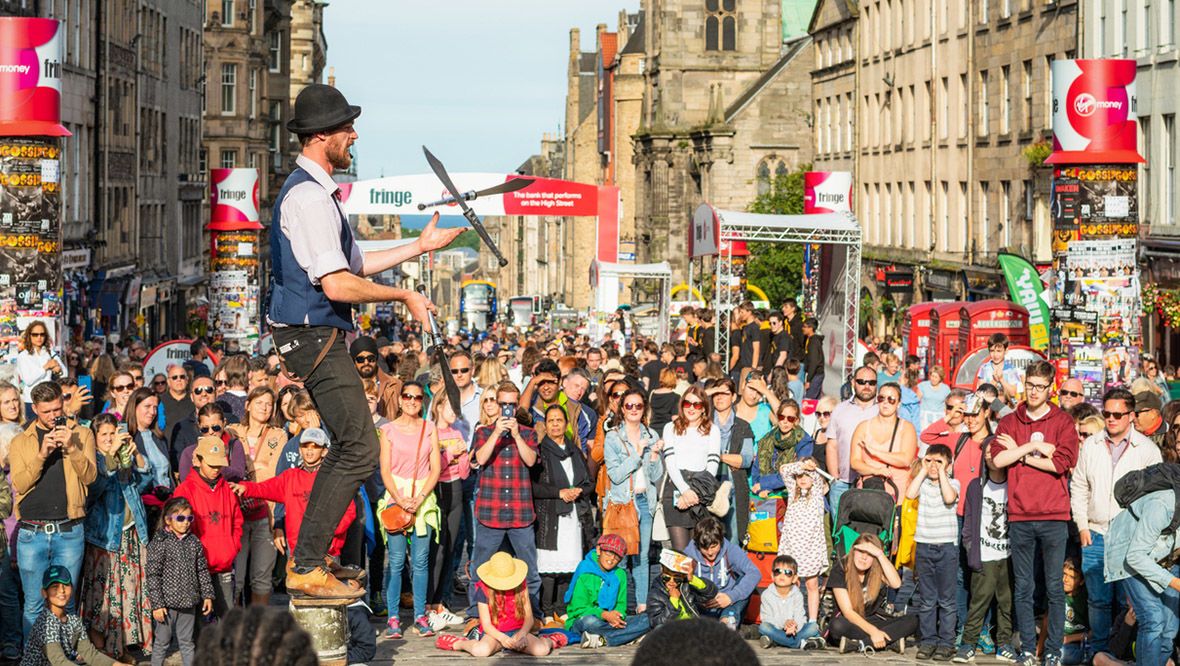 In the shadow of the Second World War, the Edinburgh Festival was born in an attempt to boost the spirits of a nation devastated by conflict.

This month it rises again. The capital is abuzz with festival goers as it returns after a pandemic-forced break last year.

“We didn’t think that we’d get through it” said the director of the Gilded Balloon, Katy Koren.

“But here we are. We’re putting on something smaller than usual, but I think what we are doing is really valuable; and I’m really excited about it.”

Katy’s mum Karen founded the Gilded Balloon – one of the largest Fringe venues – in 1986.

“In the 90s we felt it was really big” said Karen. “And comedy became one of the biggest parts of it. And unfortunately after 2019 it was the biggest it would ever be. And we’ll have to see…

“I don’t know if it will ever get back to that size again.”

Six spectacular festivals will serve up a smorgasbord of culture, filling the city’s venues, event spaces and now, the online world.

Jenny Brown, founder of the Edinburgh International Book Festival, says she is “proud” of how it has grown.

“It is a proud feeling, whenever I go into the entrance tent of the Book Festival and see how it’s grown, and see how much more professional it’s become” she said.

“We had a lot of teething problems at the beginning. Power was a big one. Getting enough power on site. We plunged Maya Angelou into darkness in the main theatre.”

But one victim of the pandemic is the Military Tattoo – a tourist favourite.

It was called off for the second year running over worries about the potential cost of having to cancel at the last minute.

The festivals have been a springboard for the launch of the careers of many a star, taking them from obscurity to household name.

Comedian Harry Hill has fond memories of his first Fringe.

“The first time I did it, I was a medical student, back in 1988,” he told STV News. “No one came and we got a review in the Scotsman saying ‘the show is a dud and deserves only box office failure’.”

With oversees performers unable to travel, this year the line-up is focused on Scottish talent. And while the festival has divided the opinions of locals over the years it owes its success to the city.

“It’s completely unique because it’s in Edinburgh. And Edinburgh is a city you can walk around, it’s a beautiful city and you can walk from venue to venue to see whatever kind of genre you want,” said Karen.

Edinburgh will sing, dance and perform throughout August.

While it may be smaller and less chaotic than usual, it is still a cause for celebration because the greatest arts festival in the world has returned.